Interview with Silvia B

Last week we wrote about Silvia B‘s exhibition Stringendo at Ron Mandos gallery in Amsterdam. The show is on till the 2nd of April, so if you haven’t seen it yet, make sure not to miss it! Below is our interview with the artist about her latest series of sculptures and the inspiration and story behind them. Photos from the opening of Stringendo are here. - Interview with Silvia B ▼

Silvia, when we talked about your new works that are on display at Stringendo, you mentioned that you were “just the maker”. Does that imply that there is something such as creativity outside you and you are the messenger?

No,  I meant that I may have my reasons to make the works, but what people see might be something completely different. Depending on what people have in their luggage, like films, books, education, culture and so on, they see very different meanings in exactly the same work.

You are showing several large-scale installations, together with some smaller sculptures, that are all flawlessly executed till the tiniest detail. How difficult was this show to produce?

The sculptures do call for quite an amount of work that is in the end invisible. I start from existing second-hand dolls, of which I have the feeling they have potential. I generally saw off their arms, fingers, legs, sometimes even the entire torso, to create the position I have in mind for them. Then I make a timber construction over which I model the body parts back again in an epoxy paste. I usually alter the faces with that paste as well. After a lot of sanding, filling and spray painting, they look like nothing really happened :-) That is when the painting of the skin, the making of the hairdo and the dressing-up starts. For this show I produced twelve sculptures and to work on them all at the same time was quite pleasant as I could chose per day what I felt like doing.

Stringendo is a very personal, almost introspective show. As you mentioned, “the closer the work comes to yourself, the less there is to hide”. Did you miss the theatre, the black, the stage-like aspect of your previous series?

The new sculptures did require more probing and searching for what kind of feeling I actually had an urge to express. My previous series, Le CIRQUE, was more familiar to the earlier works, such as the kids with the furry skins, in terms of content and aesthetics. Stringendo is more personal to me, that is why the figures are also more individualised than in previous series. And of course the blackness, the fur, and the melancholy of Le CIRQUE felt much safer to move around in, compared to the bareness of Stringendo. The colour of skin is much more touching, frail and delicate – and also tacky. To me that is where it becomes real interesting actually, because I like to explore that border between good and bad taste. So, no, I didn’t miss the safety of the darkness, yet I did feel quite naked myself presenting all this nudity.

The various dolls all have different emotions and personalities. In the show, they are accompanied by sculptures of rats. Is there a link? Should they be viewed individually or is the whole greater than the sum of its parts?

One could say they are all about growth. They are youngsters becoming dancers or at least human beings; they miss body parts, or have wooden body parts, but they are on their way. They struggle with the ropes and strings they hang from, or they are tied to each other. Somehow they are all handicapped. Yet, they appear to be ballerinas – who, for me, symbolise the peak of culture and civilisation, with their dedication to beauty and their extraordinary discipline – which makes their pain and flaws completely irrelevant.

On the other hand, I see rats as complementary beings to civilised man. They live of human garbage, we regard them as the lowest of creatures, but they nevertheless also belong to civilisation. I believe underneath every city there is another city with streets, families and social codes. The rats are after all our favourite test animals, because they are actually more similar to us than we want to admit. By bringing together those two opposite personages and connecting them to each other, and to the walls and ceiling, I tried to reflect on what growing up as a human being means to me.  And it was a search for how to allocate these different nuances amongst the sculptures and let them work together in a similar way verses of a poem dance around a subject matter.

Which work did you recently saw and felt that the artist shares your aesthetic, thoughts… ?

I studied fashion at the Academy, but I was never really interested in the clothes of the season, more in the sign of the times. I still think fashion is the first of all media to reflect how we feel towards the greater philosophical questions of, say, religion or nature or science. And I have always had a sixth sense for it. When forecaster Lidewij Edelkoort published her statement about the skin being the new canvas, I launched SKINOVER, my series of skin-coloured gloves with skin-related characteristics. I also recognise simultaneous expressions of reflection with other artists or designers. For example the Dutch designer Marcel Wanders came up with his golden clowns nose while I was making the series Le CIRQUE and Belgian artist Hans Op de Beeck has just released a film with puppets on a string in parallel with my Stringendo show. Timelessness is not a goal. 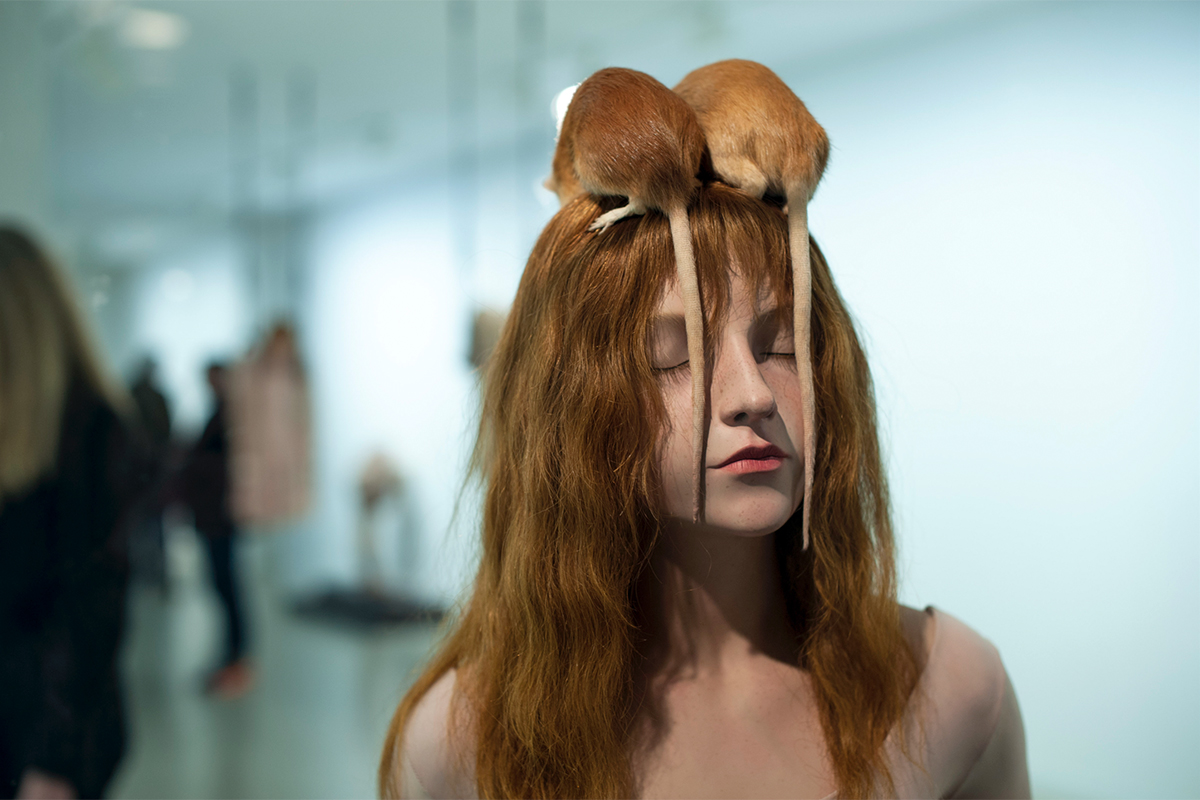 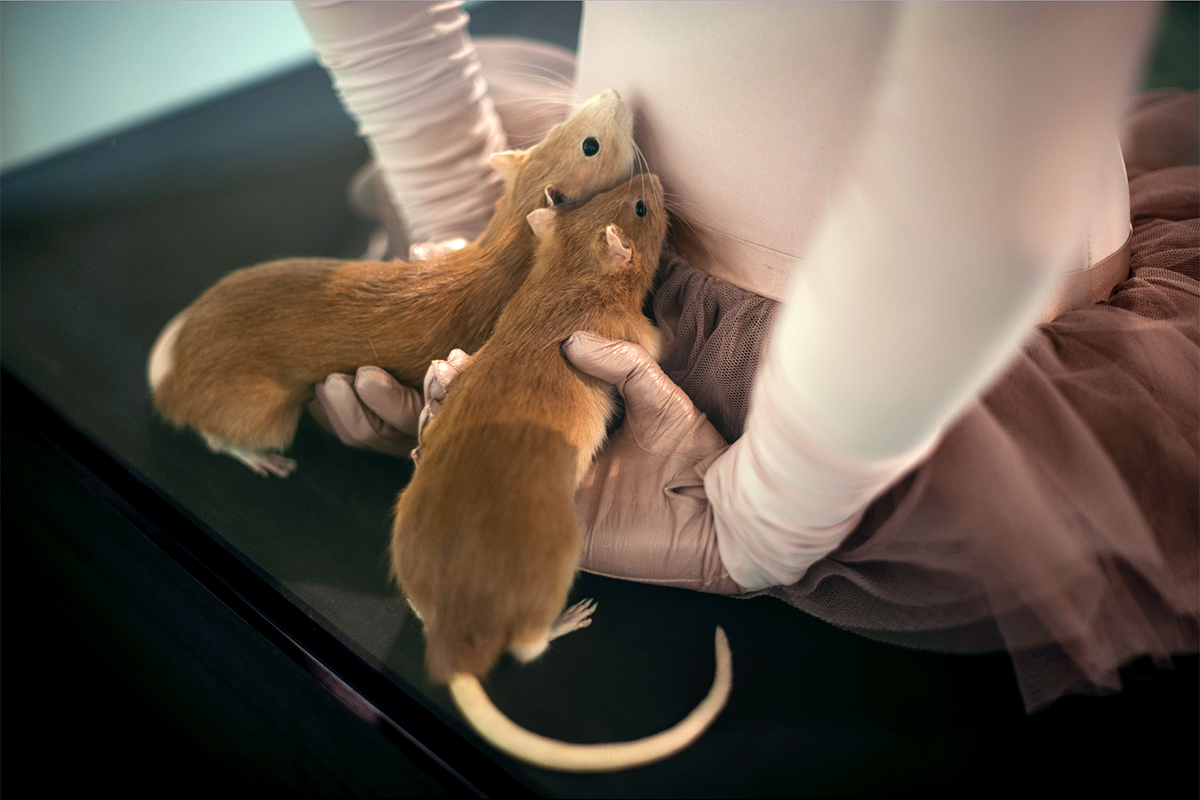 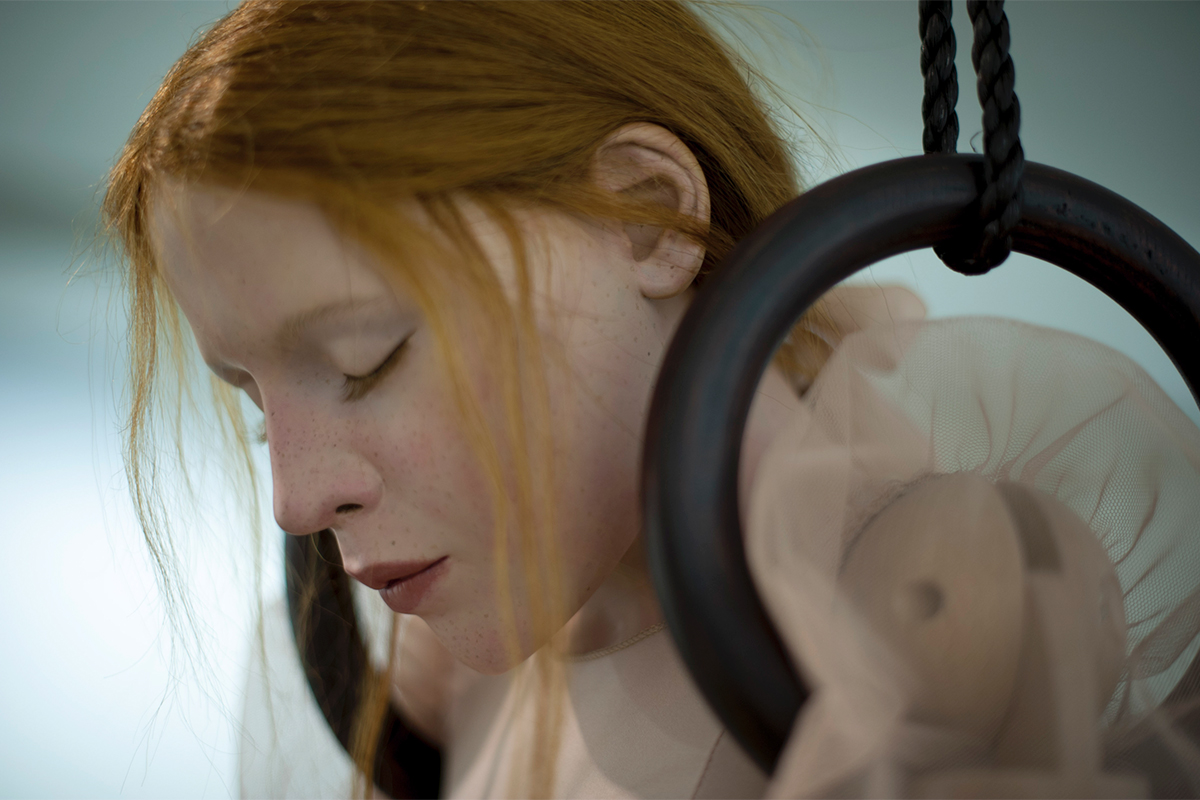 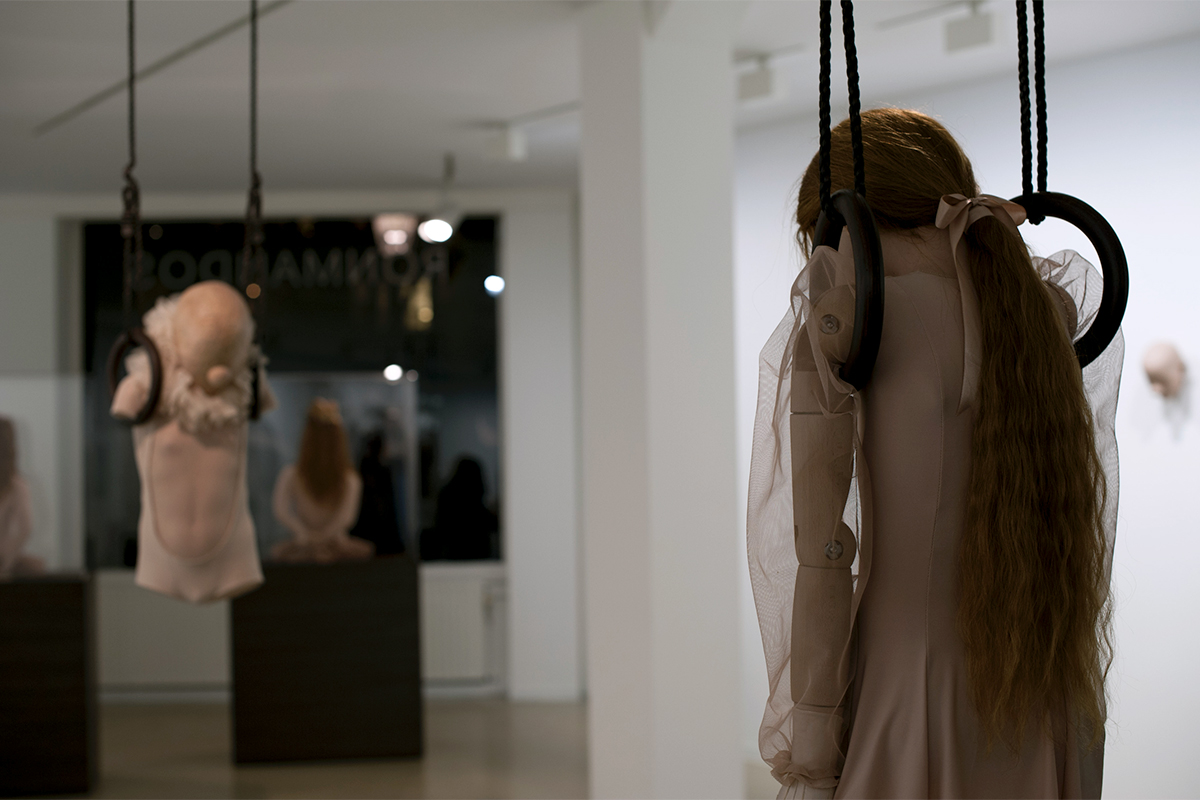 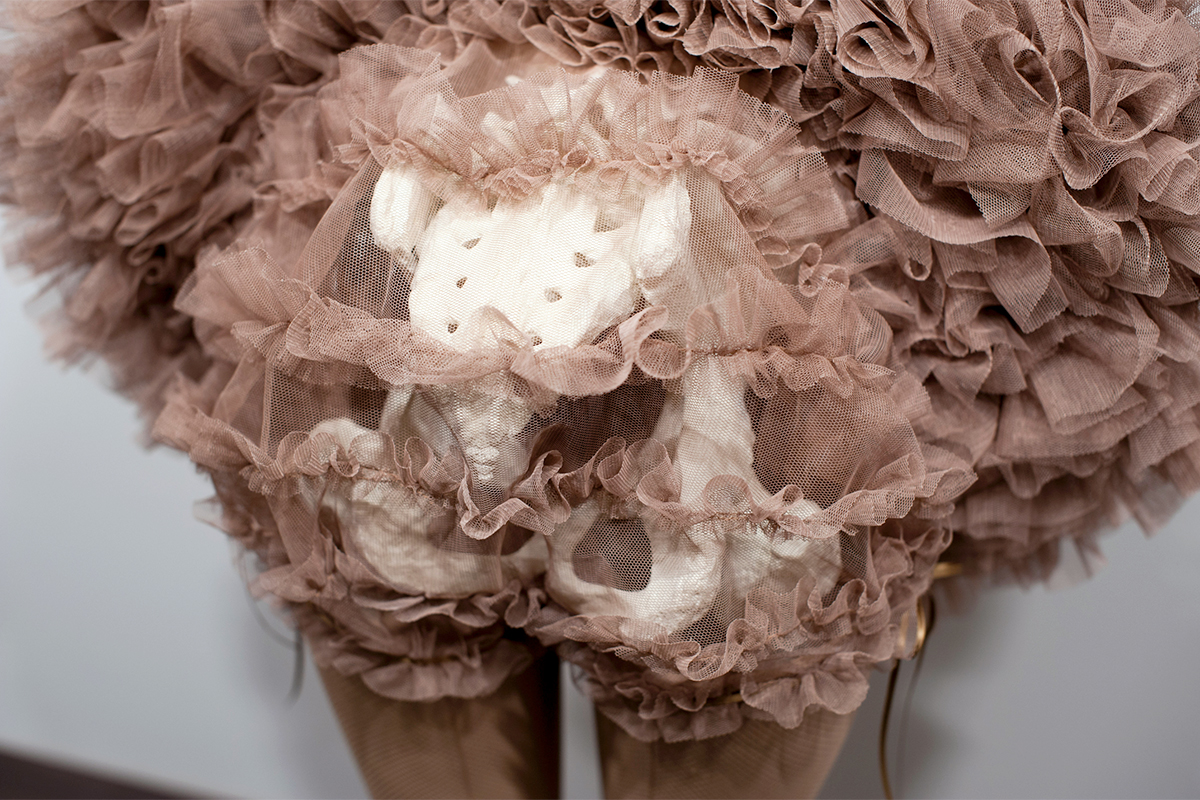 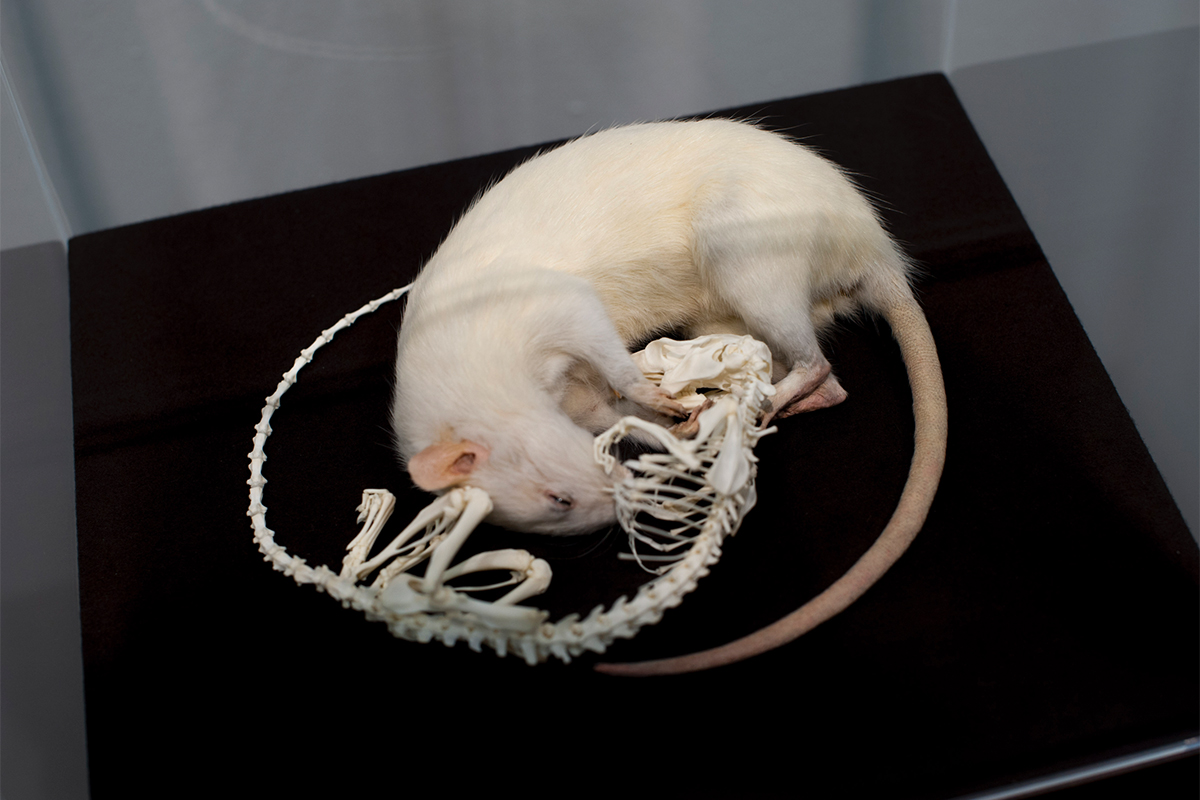 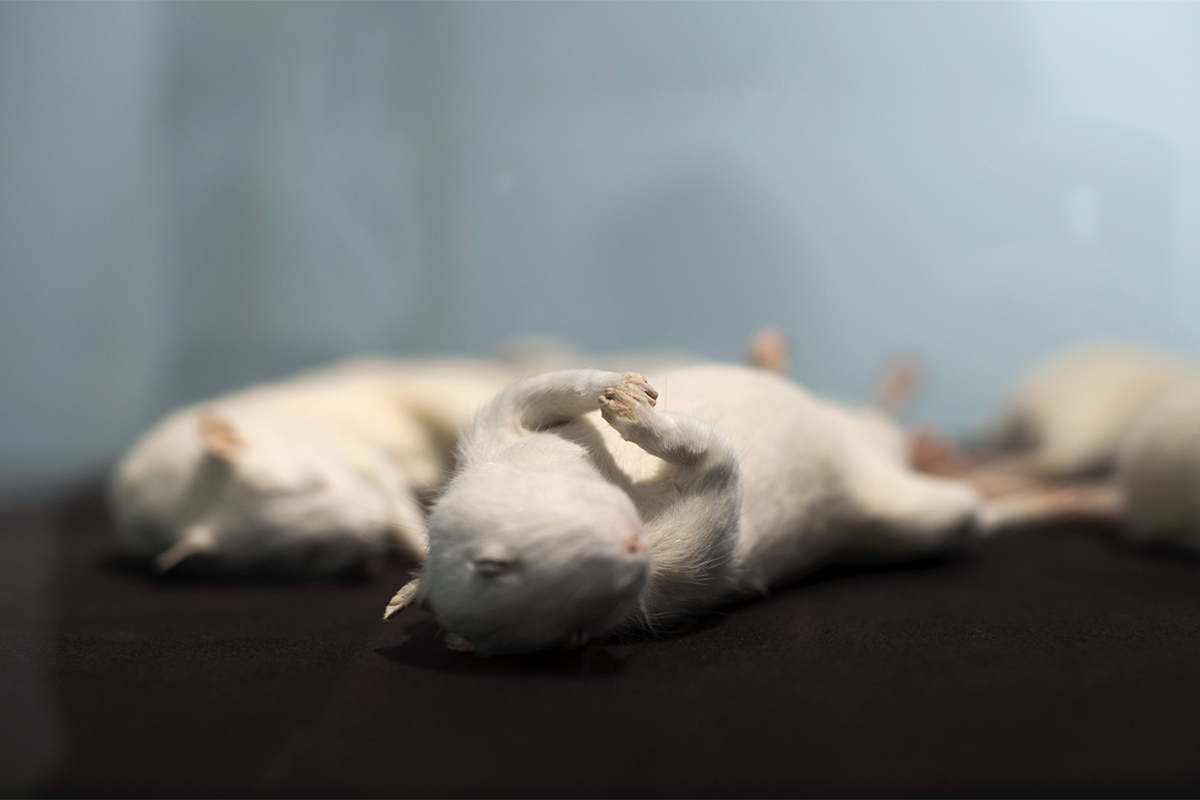 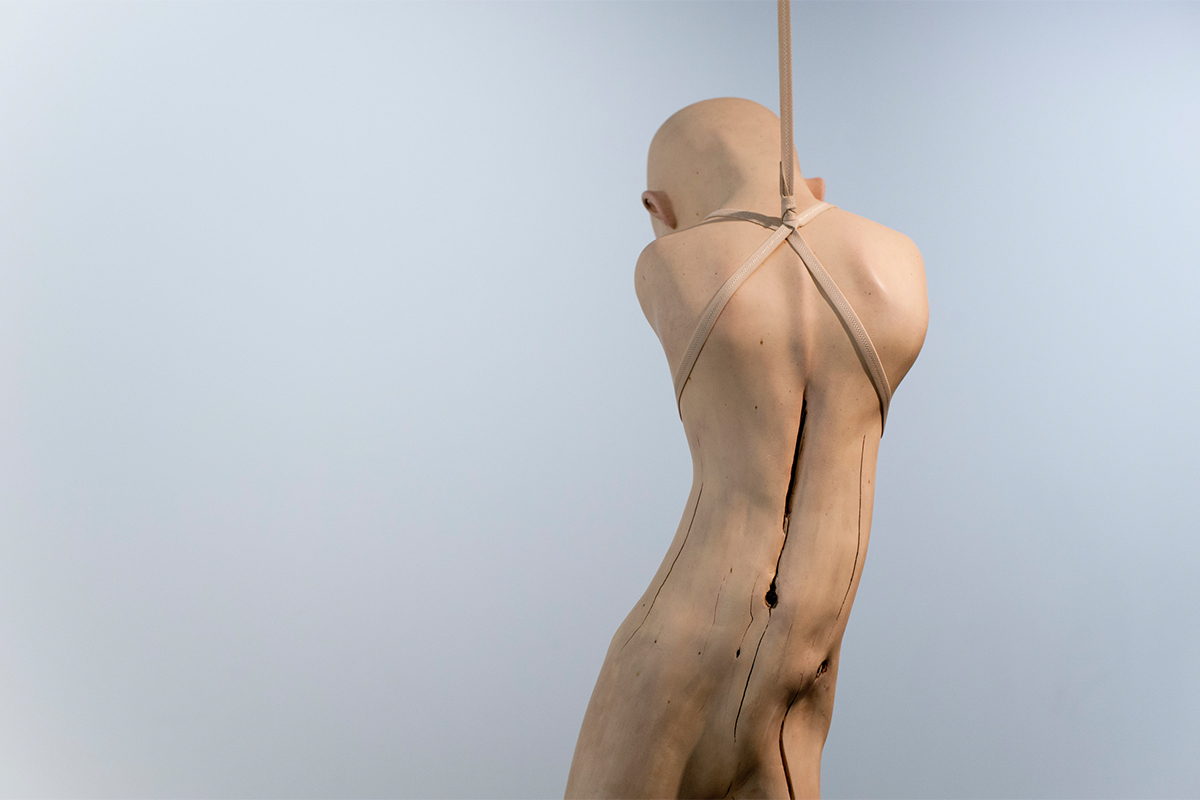 Cleon Peterson‘s debut solo show, There Is War, opens today at The Outsiders
gallery in Soho. In mood for a bit of the good ol’ ultraviolence, mixed with sex, religion, drugs, blood, rape, guns, fire and the odd policeman beating a suit? If that mixture (in art, of course!) sounds inspiring, join the crowd tonight from 6-9pm, or every day except for Sunday till the 3rd of August.
For more information, here’s the press release. 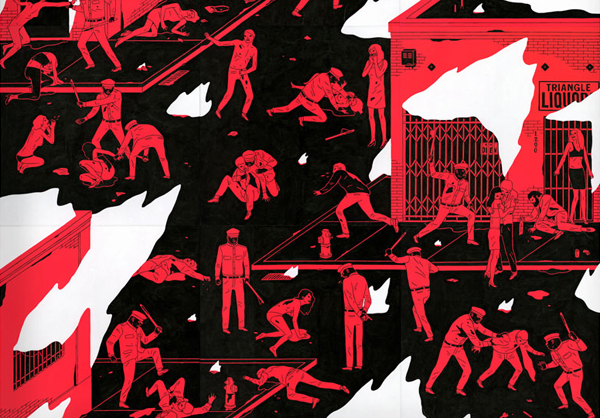 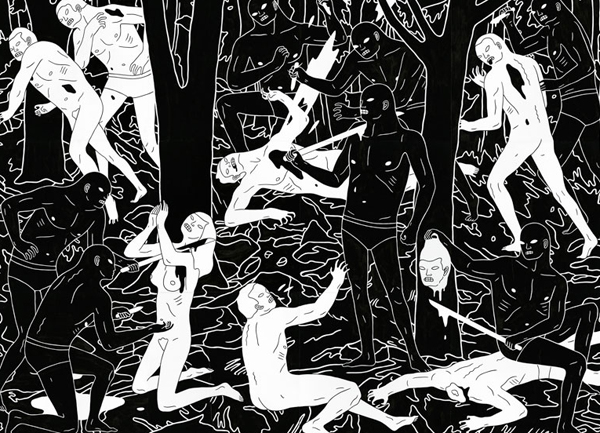 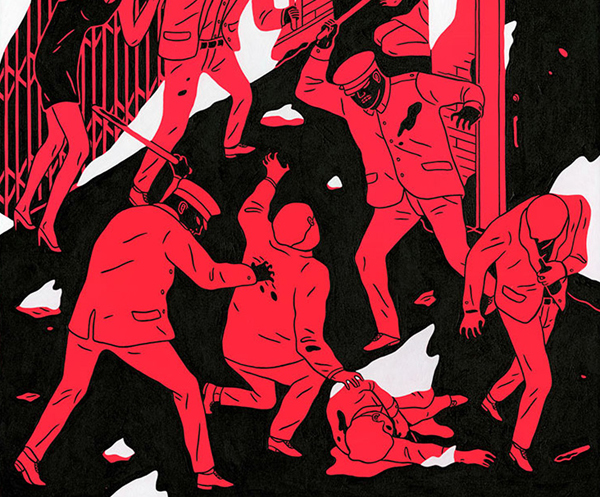 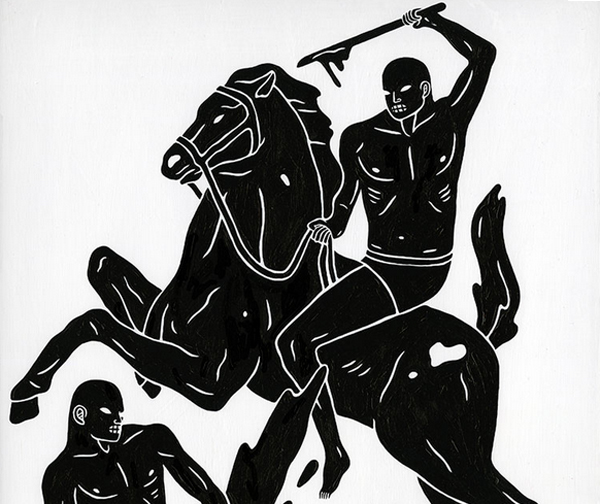 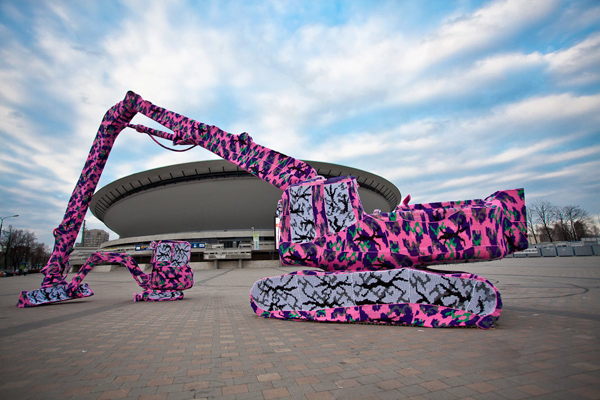 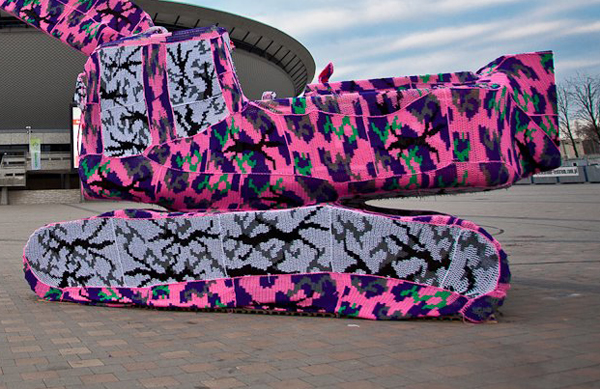 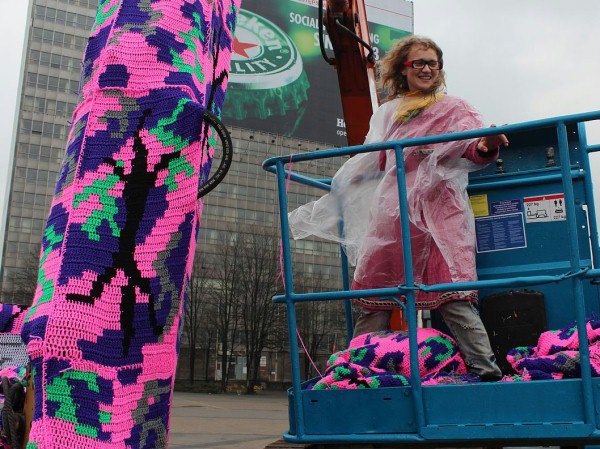 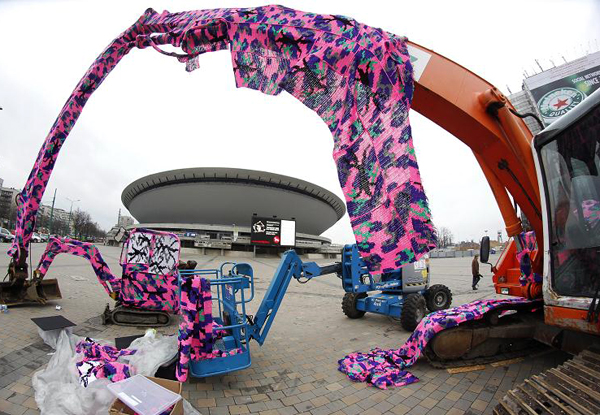 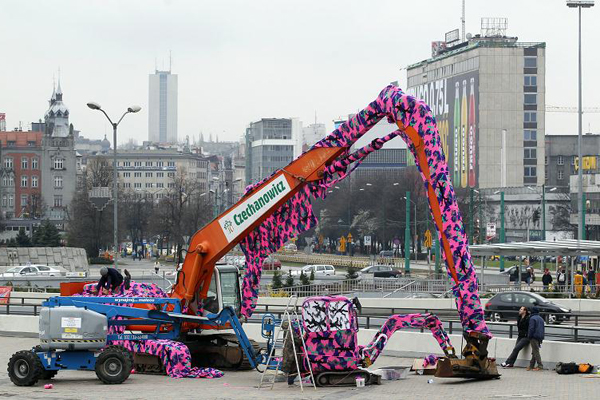 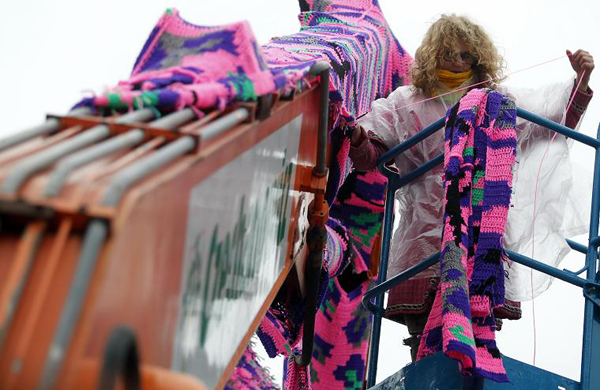 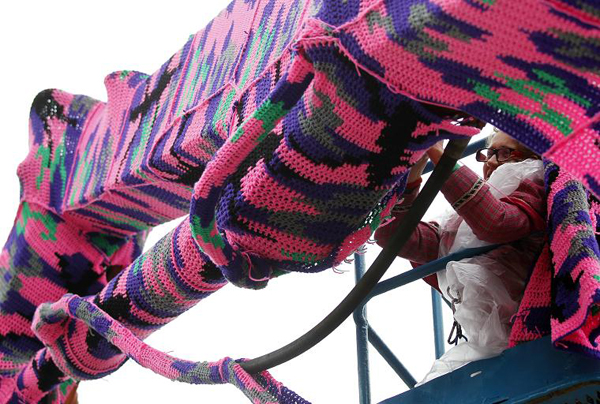 In parallel with Art Brussels a number of young galleries and artists will strike camp in Brussels Congrès Station, showcasing works conceived in deliberate interaction with the architecture and spirit of this quirky venue. Curated by Pieter Vermeulen, POPPOSITIONS off fair aims at establishing a critical and edgy alternative to the prevailing format of established art fairs.

Further on, Théophile’s Papers will display an indie selection of print materials focussing on art, photography, typography and illustration, and will stage a temporary bookshop in cooperation with designer Valérian Goalec; the deejays of Document will orchestrate the encounter between visual arts and music, inspired by Michel Foucault’s concept of heterotopia; and pop-up restaurant Villa Léopolda will vivify fair guests with conceptual culinary delights.

The fair will run from Friday to Sunday 20-22 April from 12 pm to 9 pm and with an opening party on Friday, from 9 pm until late. Entry is free. 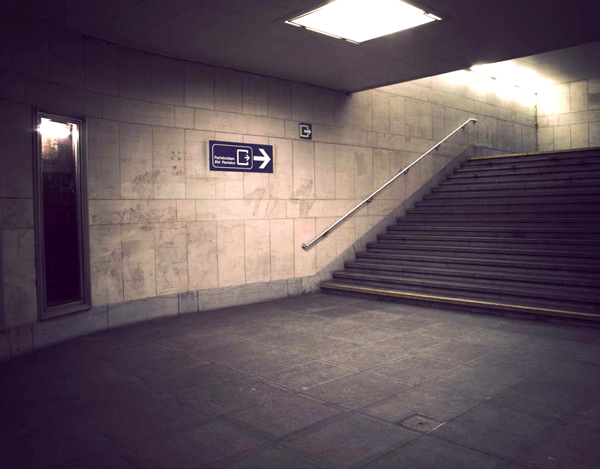 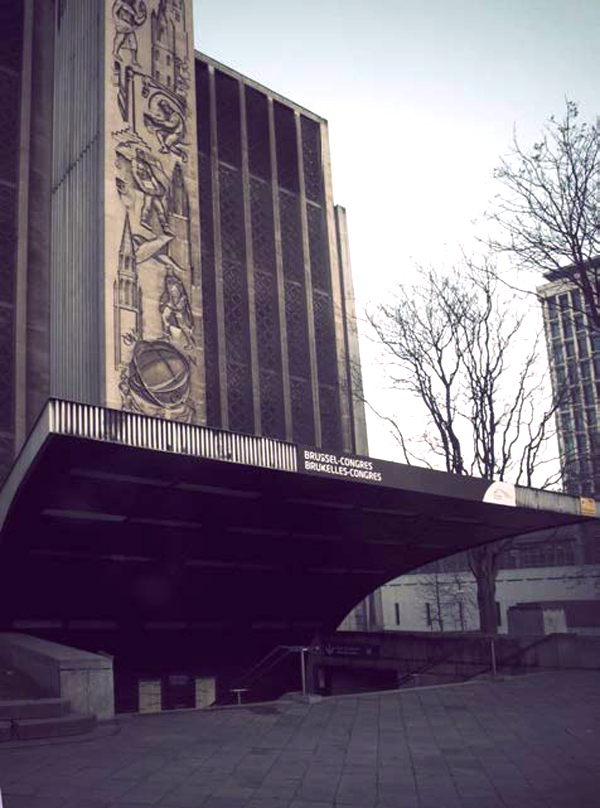 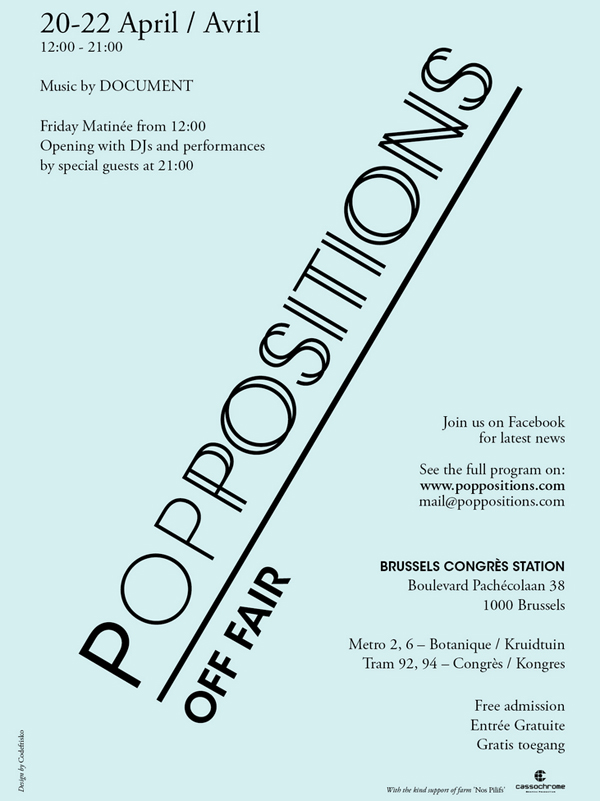 Living on a pixel cloud

We’re adding the Cloud skyscrapers from Dutch architecture bureau MVRDV to our “dream buildings to live in” list. The design of the two towers creates the effect of being exploded into a pixel cloud in their middle part. They are to be built in South Korea, at least if the recent controversy around their shape – said to resemble the exploding WTC towers – won’t bring on too much of a bad karma. Fingers crossed these beauties will see the light of the day!