Posted by The Great Attractor, 26 December 2013

Top Secret – Images from the Archives of the Stasi, is a project of the German artist/photographer Simon Menner. Menner takes a deep dive into the Stasi archives and diggs up photos that make us look through the eyes of East German intelligence. Published in a book form by Hatje Cantz earlier this year, it contains texts by the artist in German and English, along with 160 previously unreleased pictures.

Menner’s work is provocative and subversive as it plays out the difference between what a viewer can observe in the photo and the stories and context that are hidden behind this first glance. In Murder Weapons (2009) he showed a collection of knifes, guns and axes photographed as on a museum display, when in reality they came out of a Berlin police department archive and were found at real murder scenes. Images of Happy People (2012) shows pictures of smiling, next-door American girls from the 60s and 70s. But it turns out that they were shot by serial killer Rodney Alcala. The smiling girls had no idea who was behind the camera.

In Top Secret, Menner has divided his sourced material in 3 chapters: Manuals, Operations and Internal Affairs. Each category shows series of original photos of Stasi agents in action.

Manuals show how spies learned their job. We see lessons in how to disguise, how to transmit signals, how to arrest people, how to neutralize someone in close combat or how to perform a successful surveillance action. Wigs, mustaches and funny 80s fashion support the absurd atmosphere. Among our favorites are the Benny Hill lookalike and the wealthy Western tourist.

The second chapter casts a light on Stasi’s Operations by showing evidence of the zealous effort that was put in surveilling people. Photographs taken during illegal searches of private houses, pictures of spies shadowing other spies, shadowing ordinary people, the surveillance practice of mailboxes, foreign embassies etc. The most interesting specimen are undoubtedly the ones that are categorized as “aberrations”: Stasi taking a selfie in his car, a cute guinea pig snapshot taken during a house search… a proof that the spies were human after all.

The last chapter, titled Internal Affairs, consists of photos from Stasi fancy dress parties and official award-giving ceremonies – once again very amusing for their flash-back look and feel, but at the end not that different from your usual corporate office events.

Top Secret takes the reader on an interesting journey. It does a very good job in demonstrating the level of surveillance and the deep penetration of the “spy culture” in Eastern Germany. It also shows how fashion and styling of 20 years ago look very dated today ;-). But rather than just criticizing or taking a piss, Menner also tries to show the human side of the spies.

Last but not least, it makes you reflect on the act of surveillance. Perhaps you ask yourself how would a similar book look like 20 years from now? What if a young artist in 2035 got access to the archives of the secret services of a Western country such as the UK or the USA? Would there be pictures of your home? Or would it be TerraBytes of data containing all your emails? Would there still be evidence? The low-fi way of surveilling people left traces: photos, documents, name lists. The current digital archives are easier to get rid of. But is eg. secret systematic scanning of all emails less dubious than a polaroid that proves the spies were in your house?

The one small pitfall of this book is at the same time its strength: the fact that it is really funny. It might let you believe that it’s all a bit of a joke and mask the actual seriousness of the topic. 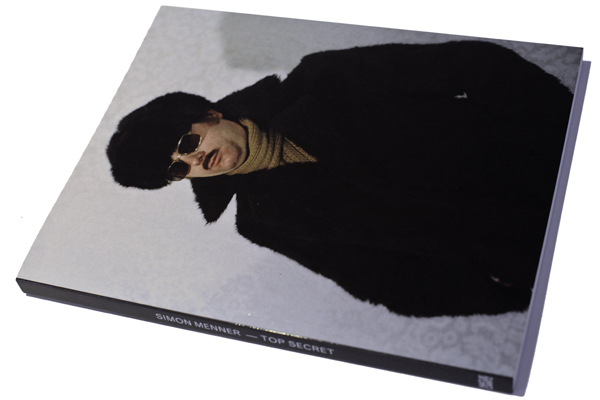 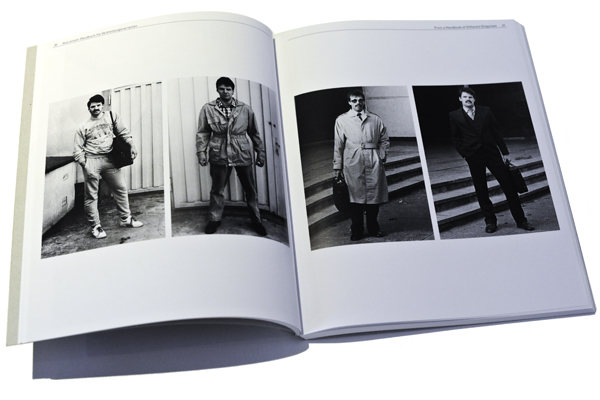 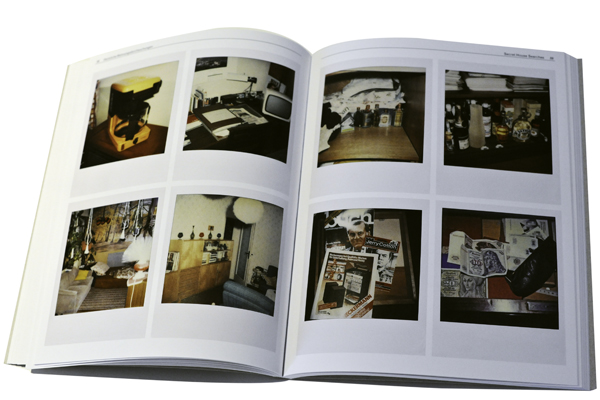 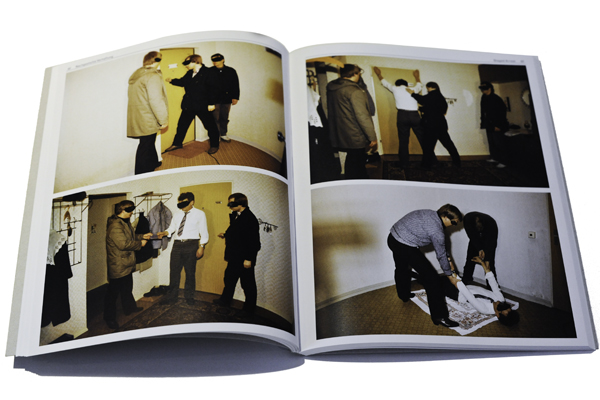 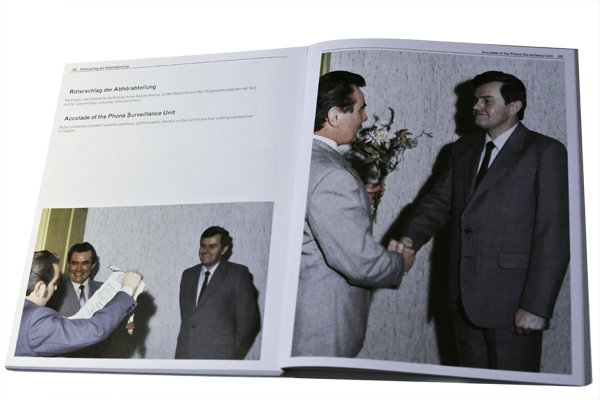 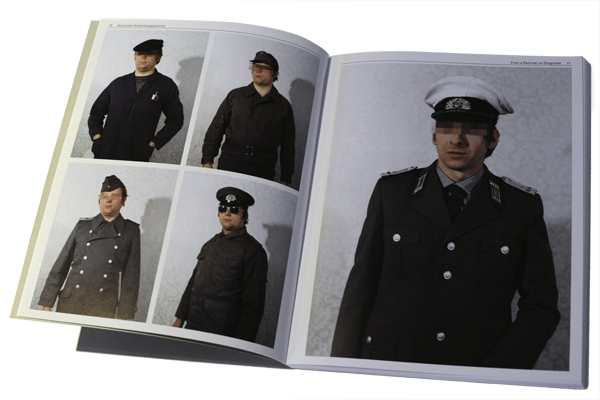 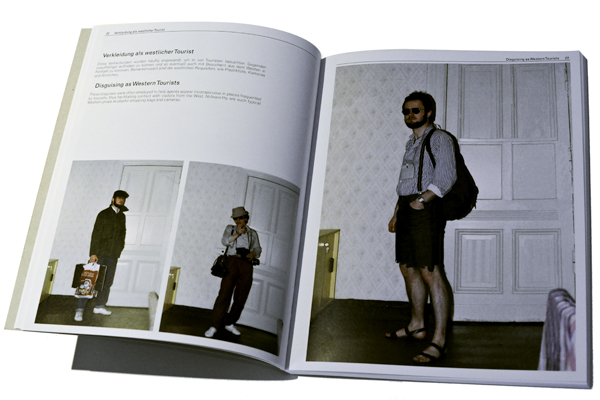 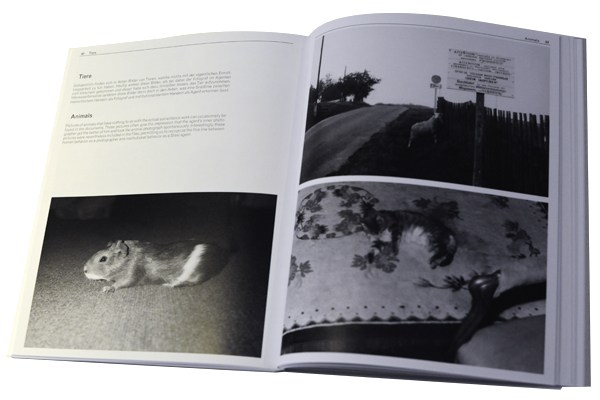 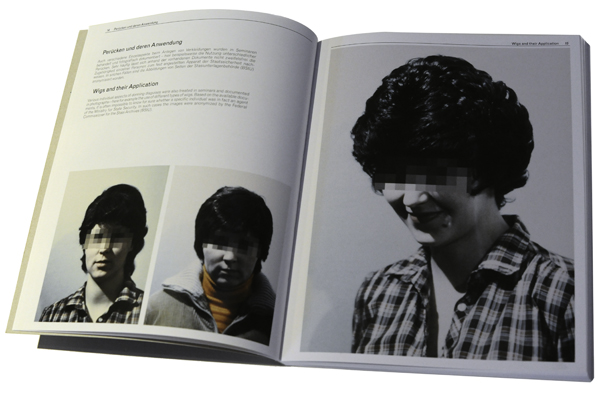 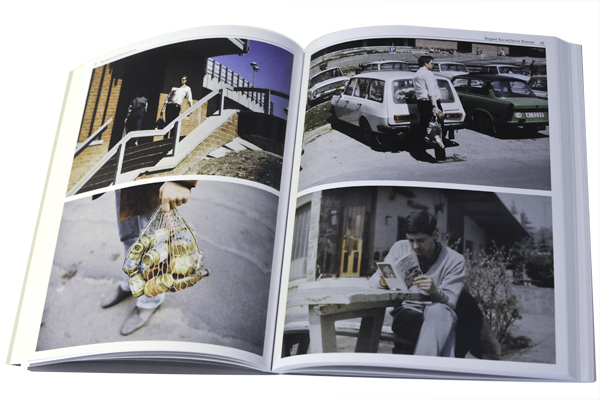