Works of art, as well as other forms of creative endeavor, have the power to alter our reasoning and emotions. They can spark hope, desire, courage, adoration and act as visual embodiments of an era … but for this special status they pay dearly once the spirit of time changes. Art under Attack: Histories of British Iconoclasm follows the history or artworks–turned–scapegoats in Britain over the last 500 years.

So what are the passions and forces behind destruction of images? As the exhibition unfolds from the period of Henry VIII, through the modern era and up till today, it’s obvious that the same motives keep coming back: frustration and hatred towards what the artworks represent or celebrate, desire to break with the past, personal vengeance, provocation, etc. And what is regarded as acts of heroism and progressive thought by some, is criticized and denounced as vandalism by others.

Thematically, the exhibition is divided in 3 parts: the first part covers various acts of religious iconoclasm, from the dissolution of monasteries in 1536-40, through Reformation in the 16th century, to Puritan iconoclasm around 1640, when legislation was passed against use of certain images. The second part deals with political iconoclasm with the symbolic statue–breaking as act of civic uprising and with the political acts of suffragettes against art. Finally the third part shows examples of aesthetic iconoclasm of the 20 and the 21st century: violent reactions of individuals against specific artworks because of how they looked like and eventually destruction becoming an artistic manifesto and integral part of creation.

In terms of exhibited artworks, the religious part features rare examples of medieval sculpture that survived reformation (Statue of the Dead Christ), defaced illuminated devotional books from the British library or medieval stained glass panels removed from the Canterbury Cathedral. The era of political iconoclasm is represented by fragments of the destroyed William III statue and of Nelson’s Pillar, by Oliver Cromwell’s upside–down hanging portrait or, in the suffragettes part, by John Singer Sargent’s Portrait of Henry James, attacked by Ms. Mary Wood.

The last 3 rooms – our favorite ones of the lot – feature Allen Jones’ Chair (damaged in a feminist attack in 1986), documents and news reports from the 1966 Destruction in Art Symposium (DIAS), and images/artworks transformed by Douglas Gordon, John Stezaker, Mark Wallinger, Michael Wilkinson and closing up with Jake & Dino Chapman’s One Day You Will No Longer Be Loved.

Art under Attack: Histories of British Iconoclasm is curated by Tabitha Barber. The exhibition opens on the 2nd of October at Tate Britain and will remain on display till the 5th of January 2014. 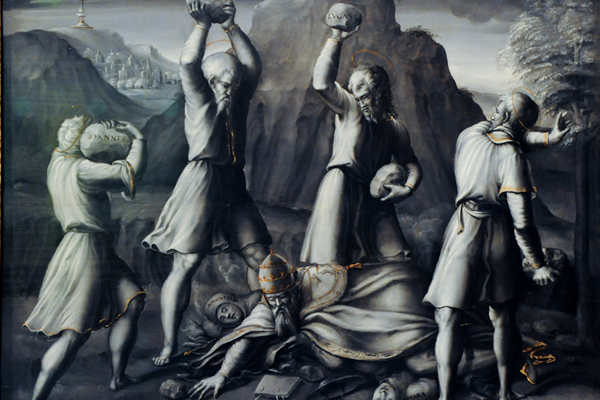 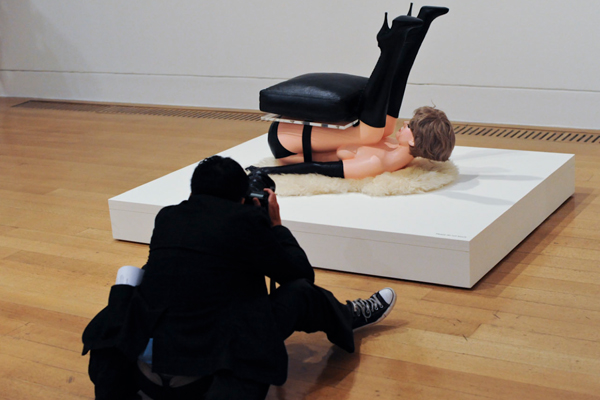 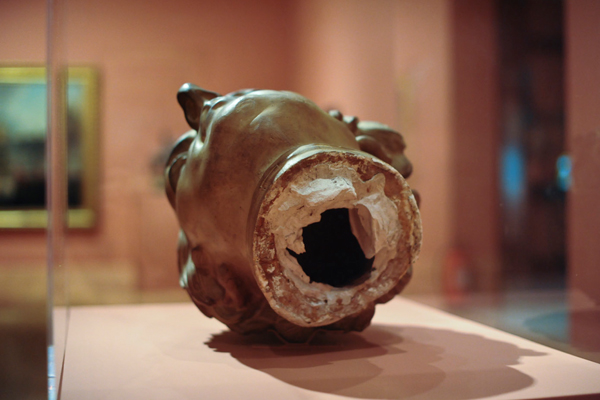 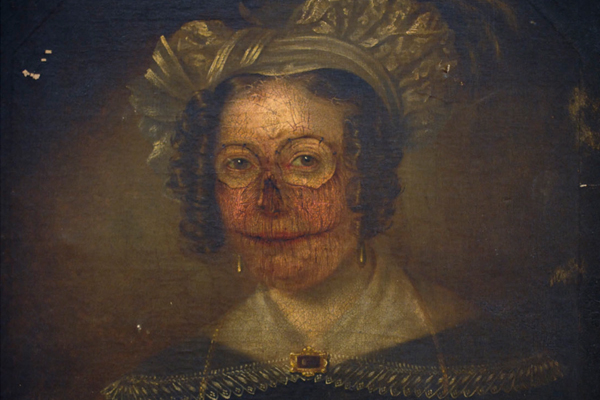 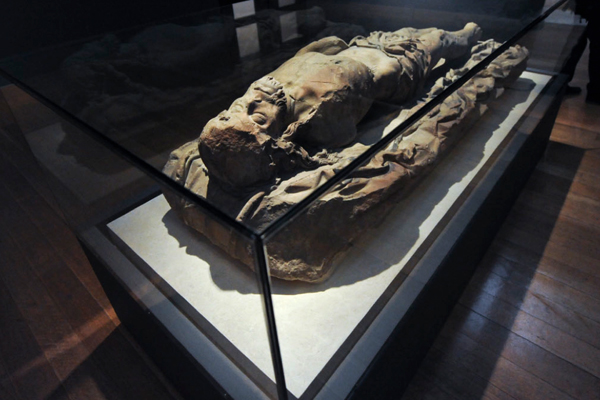 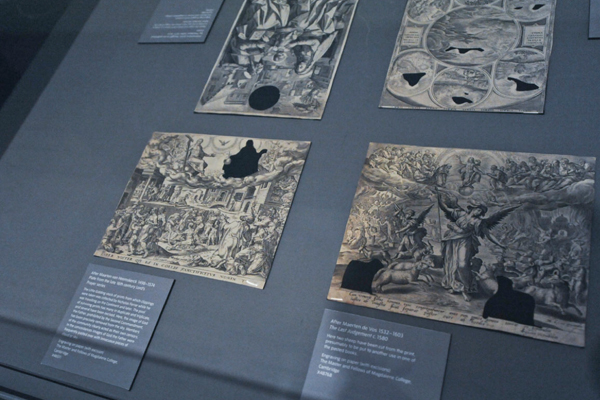 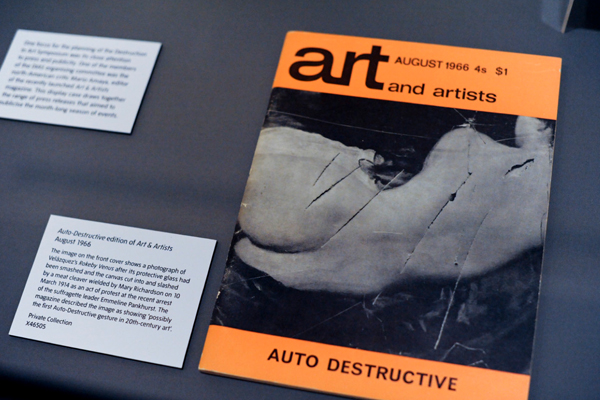