The Royal College of Art’s 2012/13 degree show opens to public this Thursday, presenting works of more than 500 MA, MPhil and PhD graduates. It’s a hell of a lot to absorb, so one probably needs to prioritize which departments to concentrate on. We had a a quick peek yesterday at the Design Interactions (at Kensington campus) and Fine Arts (Battersea). Here’re some of the projects and pieces that caught our eye:

Kelvin Brown: Where Are We Going?
kelvinbrown.co.uk

Kelvin graduated from the Visual Communication department (which we unfortunately haven’t had the time to visit), but we came across his audio piece in the shuttle bus that operates between the Battersea & Kensington campuses and it has made the journey worth! We loved the smart idea of turning what would normally be a boring transfer from A to B into an amusing experience. Where Are We Going?
contemplates the neighborhood the shuttle passes through (one of the most expensive London districts) and the career outlooks of a fresh art graduate. How realistic is the dream of being an artist, what is creativity and passion worth when confronted with monthly bills, what are the odds of an artist ever living in a neighborhood in which an average yearly salary exceeds £100.000?

Kristina’s project comments on the absurdity of the naturalisation process in UK. How does one become British: what are the criteria set by the institutions, who decides if an applicant is “British enough” and where might this lead? Playing with the curious examples from the existing Life in the UK test, she creates a video showing a fictive group of future UK citizenship applicants, trying to prove their worth of the holy British passport. Part of the project is also a newspaper dated 29th of May 2020, reporting on how to shape model citizens, warning about the spread of black market spaghetti traders and offering free terminations for selected cat breeds (Persian, Bengal, Russian Blue, Turkish Angora owners better watch out). Finally, Union Jack recognition test can be done onsite – make sure you pass…

If we were to predict which would be the most remembered piece of this year’s RCA show, we bet on Daniel Bragin’s awesome black–n’–golden bicycle. A brilliant edition to any oligarch’s art collection, we’ve already spotted couple of potential buyers during the press view, who would have gladly snatched it, together with his other two installations: Murka Triptych and Glossy Matter. The Russian-born and London– and Amsterdam–based Bragin has also caught the eye of Charles Saatchi, who included him in the recent Gaiety is the Most Outstanding Feature of the Soviet Union show. The artist’s describes his bicycle as:

“It’s not about what you see in the first place. The Russian Orthodox church, the New Russia, the phrase ‘Gott Mit Uns’ written in Gothic letters or the decadent gold plated parts – that’s just the first layer. But I would like to offer more than just the first impression. The deeper layer has to do with a link between the invisible aspects and the unity that exists between the Russian Orthodox religious fields, the rebirth of the new Russia and the dictatorship that we remember from the past.” 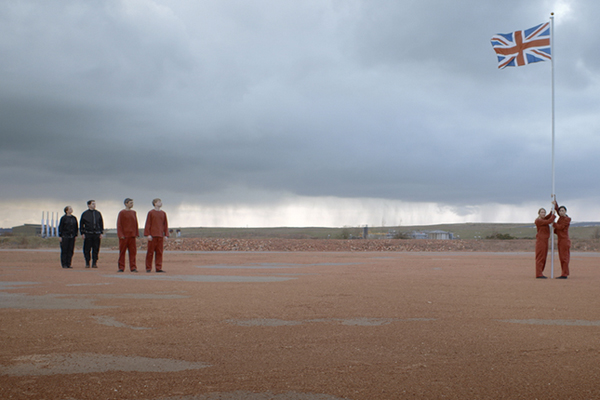 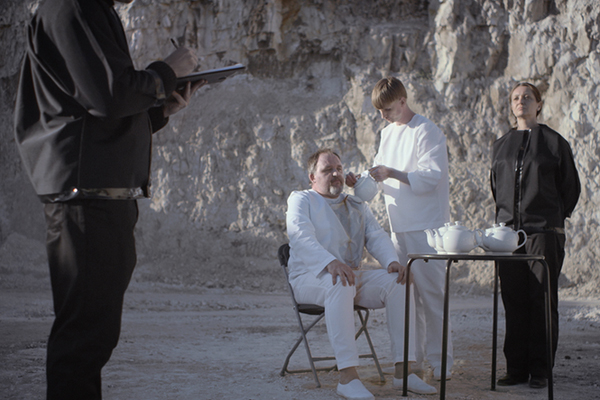 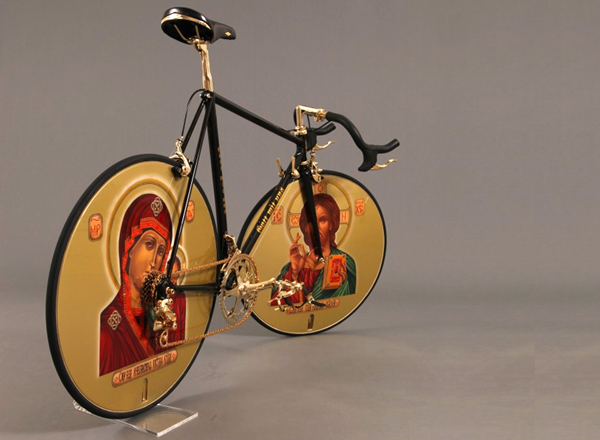