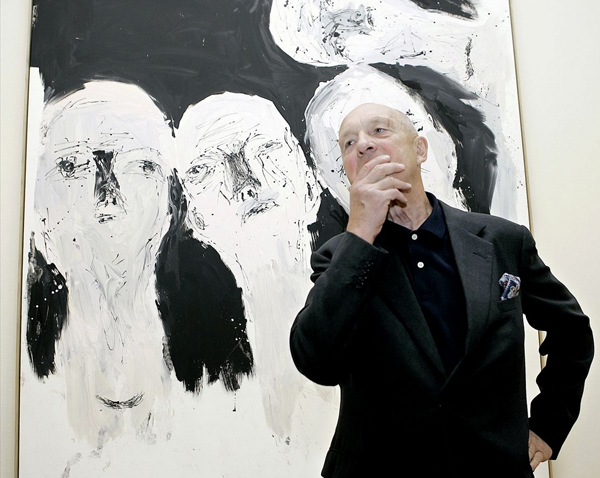 At long last the eternally oppressed rich white European male has had the courage to speak the truth to the feminazi art establishment and bravely state “Women don’t paint very well. It’s a fact.”  Who of us XY chromosome possessing superior humans has not wanted to shout out to our dominating Ruling Woman Class “No, that’s all wrong, the face looks stupid, perspective is off, colours are poor and the hands are like a bunch of bananas”. But we all know the dead hand of Matriarchy that would descend upon us, ruining our careers with their centuries of chauvinist hegemony!

As we know, Georg has also invoked the holy of holies, the market – “they simply don’t pass the market test, the value test”, adding: “As always, the market is right.”

What possible argument can the evil can’t draw-for-toffee women answer to that, eh? None! What a succinct and 100% immutably correct argument Georgie-boy has made there. I think the time has come, even though “they still constitute the majority of students in the art academies,” for us to unite and speak the truth to this corrupt establishment: know you place women, it’s in front of the canvas being naked and acceding to our every sexual whim.

As we know, since time immemorial women have dominated all fields of human endeavour, even corrupting the scientific method so that they had convinced the world they are comparably human. But Georg has finally broken that glass ceiling of discourse and pointed out how bad all women are at art. Clearly the time has come to re-examine the very fundamentals of biology and realise women are not equal in any way to men, nor should they be treated as such. That truly, it is better to acknowledge the truth – they are somewhere between slightly slow children and hairless apes, suitable only for a subservient role to the masters of art, the MALE masters of art.

Now of course you’ll hear all sorts of counter-arguments to the brave Baselitz, some even invoking evidence, facts, reason and intelligence, but these are just trick concepts devised by deceptive and sneaky females in order to cover up their obvious lack of artistic ability. Beware! I suspect even our very own Intelligensius Anarchus, a creature of the female persuasion, shall attempt to contradict the heroic and correct Georg Baselitz, but the game’s up ladies, put down your pens, brushes, graphic pads and get back to that kitchen from whence you should have never ventured in the first place. There is artwork to be done, and it’s MEN’S WORK!