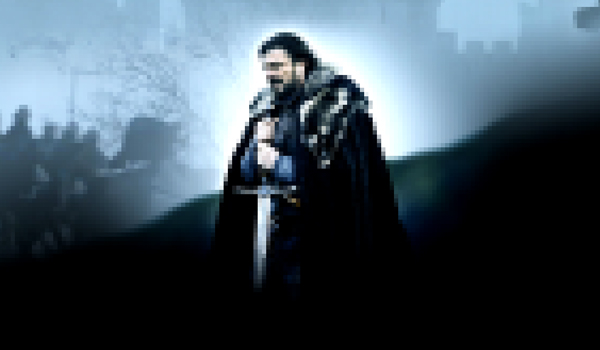 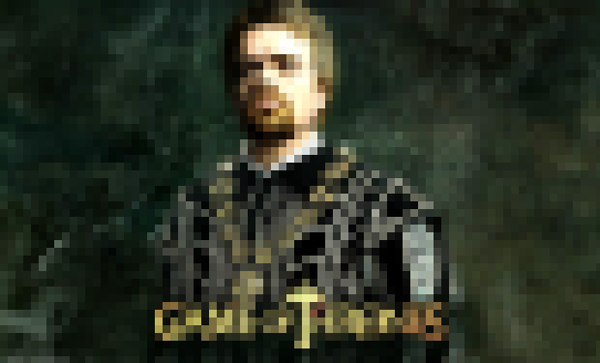 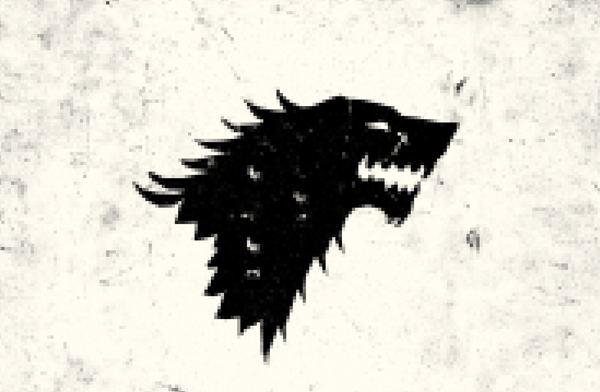 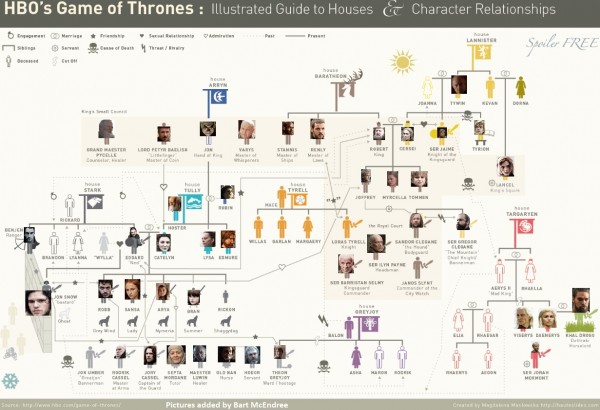 If you log on to Tate’s You Tube Channel this Thursday from 20.00 – 21.00 BST (GMT+1), you can witness a unique web-streamed artist performance organized by Tate Modern. Filmed from an undisclosed location at the museum, one can only experience the performance by watching it online, no live audience is attending. The featured artist, Argentinian born Pablo Bronstein, presents a piece which he made especially for this event: Constantinople Kaleidoscope.

Bronstein’s performance is second in a row from BMW Tate Live: Performance Room series, an interesting new initiative which turns around the classical experience of a performance requiring both artist(s) and audience being physically present at the event. In Tate’s experimental approach the performing artists are separated from their audience, unable to follow their reactions except for stream of comments sent in through various social media. The public watches the event in real time on an iPad or on computer (at home or any other place they chose) and post questions through FB, Google+, Twitter or YouTube.

Investigating of how will this his type of interaction – increasingly common for lots of our everyday activities — reflect into experiencing art, will no doubt be fascinating. After the first event, which took place in March (Jerome Bell’s performance of Shirtology), the artist mentioned a very YouTube type of feeling. The audience certainly didn’t spare him of a variety of ego crushing exchanges, familiar to all who ever read a particularly nasty anonymous comments thread.

Mind you, live tweeting is a practice used on almost any design or technology conference these days. Speakers better prepare one hell of a engaging and original talk, if they want to avoid “#eventname Get lost, wanker” appearing on the screen behind them. But apart from critically low tolerance when failing to engage, many interesting reactions get spread, providing all parties with valuable info and feedback. So we’re definitely going to give it a try on Thursday.
#BMWtatelive Good luck Pablo!

Bronstein’s speciality are architectural design and drawings of imagined buildings from the grandiose and imperial past, a kind of spoof historicism. For Constantinople Kaleidoscope he created a baroque trompe l’oeil stage set that exaggerates the perspective of the room with mirrored columns and that will serve as a decor for live dance performance.

Other artists to perform in Tate Live in the coming months are Emily Roysdon, Harrell Fletcher and Joan Jonas. The series is curated by Catherine Wood, curator of Contemporary Art and Performance and Kathy Noble, curator of Interdisciplinary Projects @ Tate. 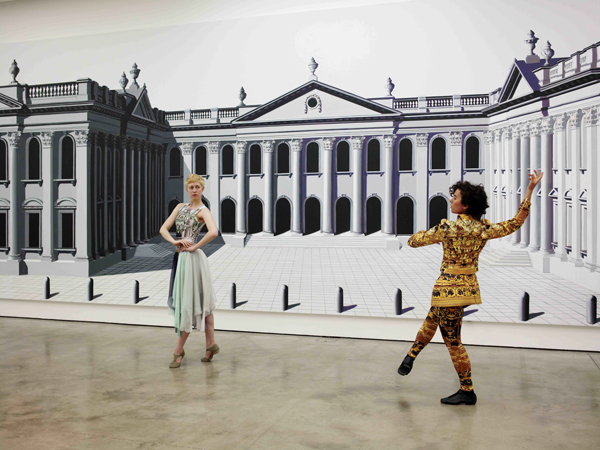 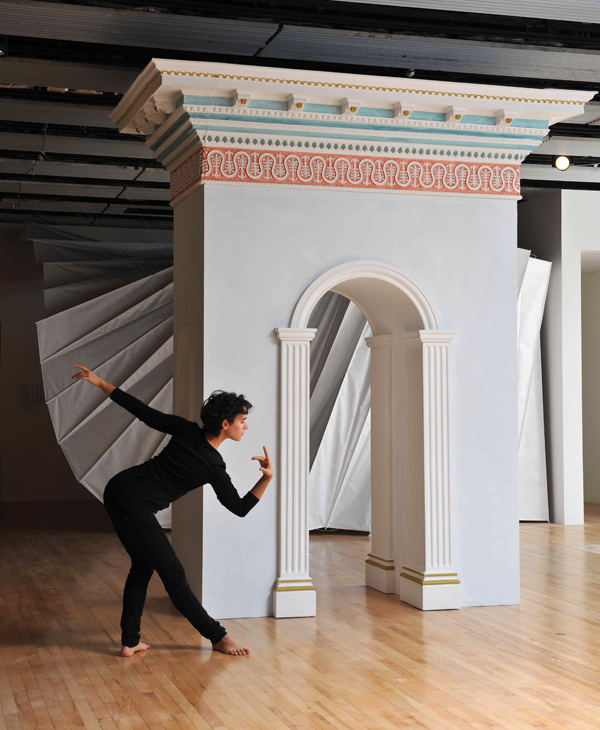 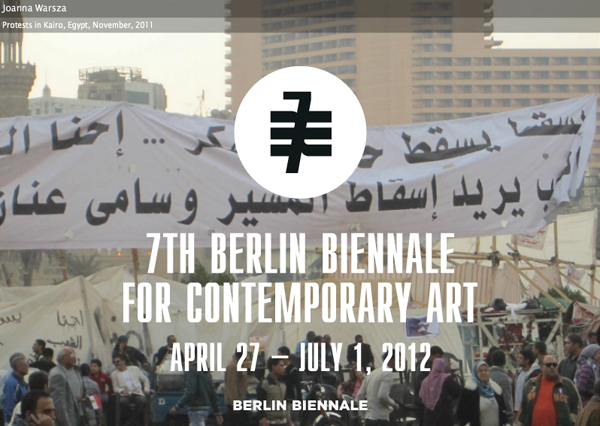 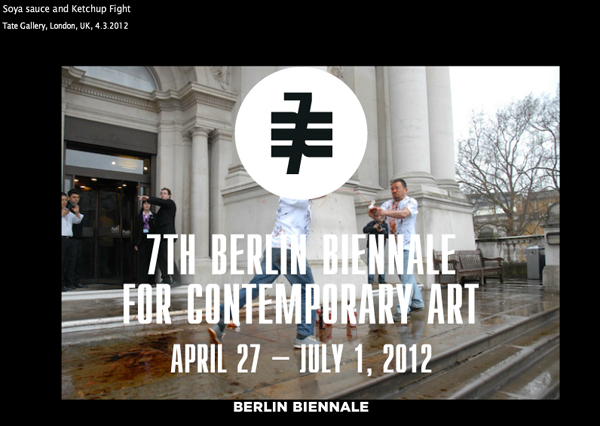 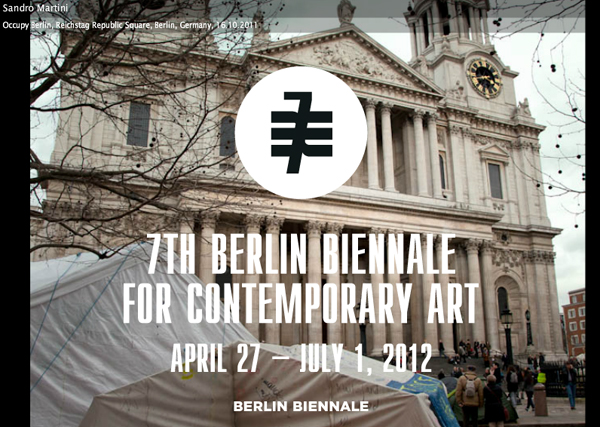 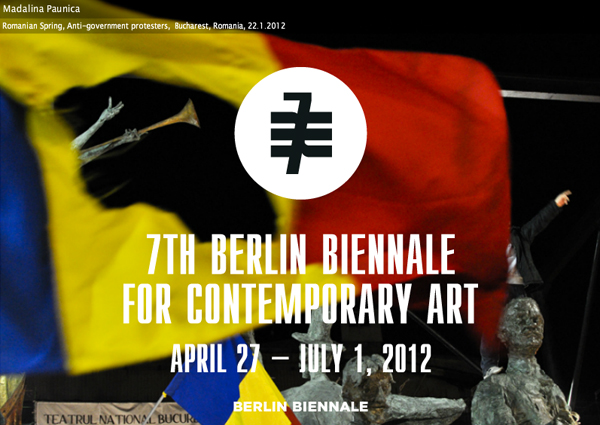 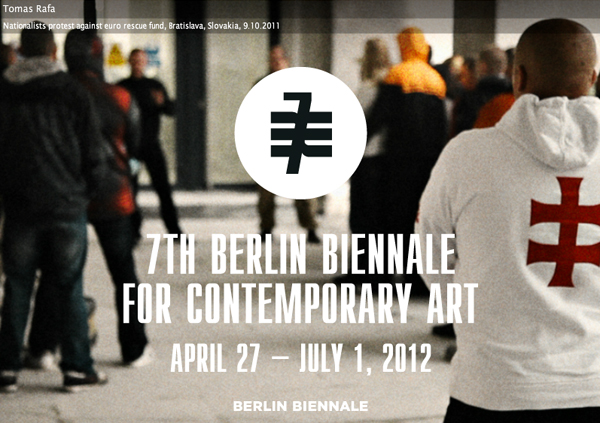 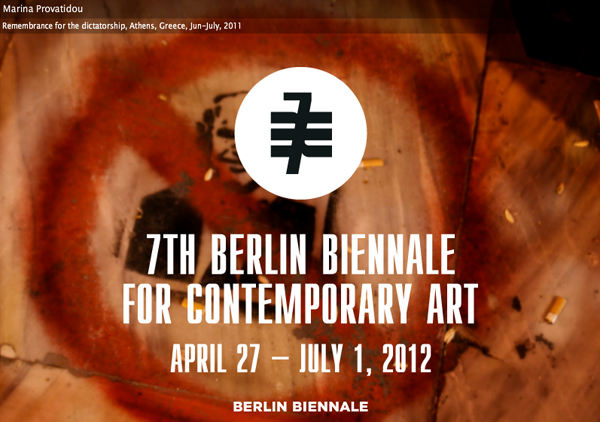 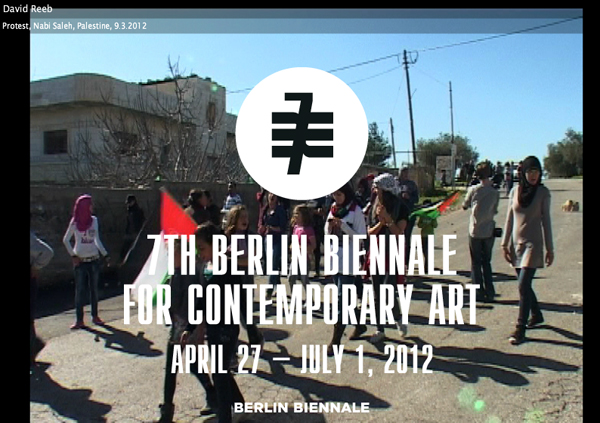 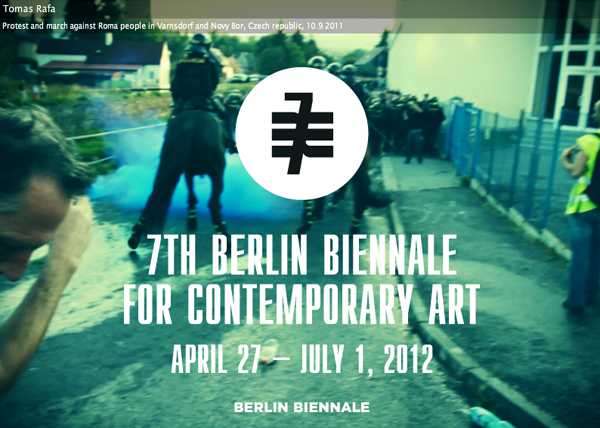 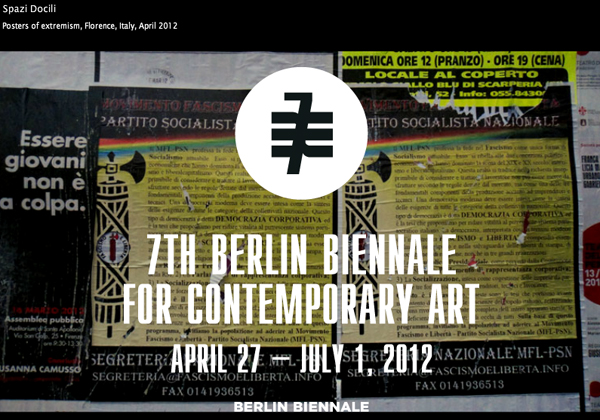 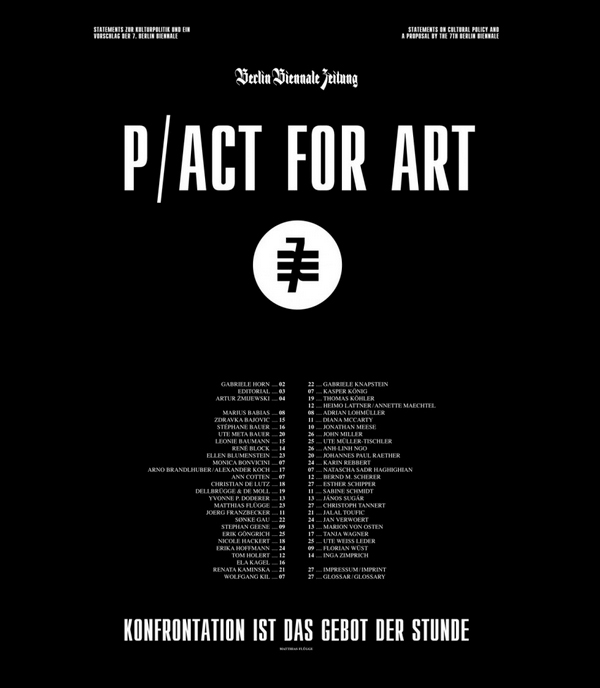 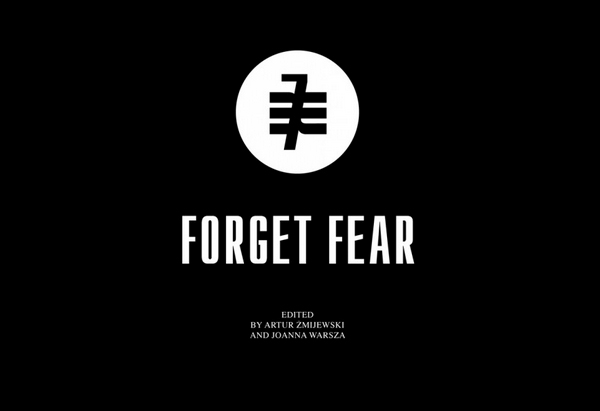 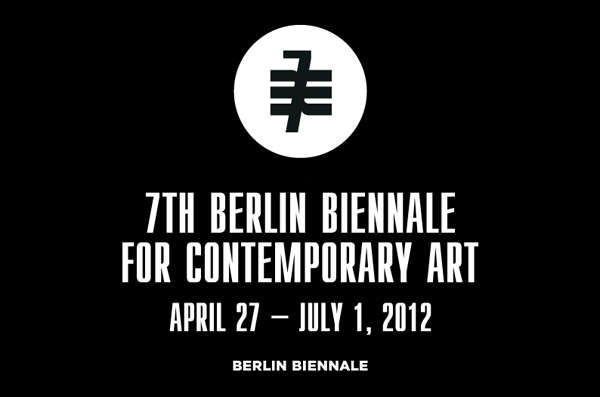 Today is the last day of Daniel Jackson‘s solo Belly up @ PSM gallery in Berlin. Jackson presents an installation, which, besides looking pretty cool, has also a rather intriguing concept. Based on the utopian theories of Retro-Futurology (understanding of how the past saw the present and how the present sees the future) he has made with 3 sculptural representations of himself: as the real but alienated artist, whose peeled-off, external identity is the only remains, as the filmed real artist, in the role of his dreams and as the artist as dummy embodying one of his possible dreaded failures (detailed explanation is available on the gallery website).

The understanding of a plurality of probabilities in the science of Futurology is a main focus in Daniel Jackson’s work and was also the basis for his installation The 1000 Yard Stare (Possible Future Me), shown by PSM on Art Basel last year (one of our favorite booths).

If you can, drop by the gallery – as mentioned, today is the last day of the show & it’s definitely worth seeing. 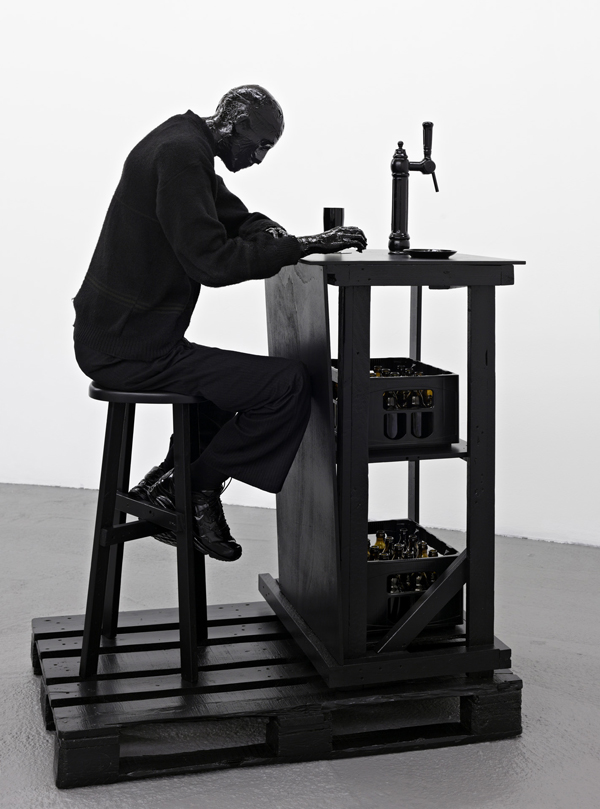 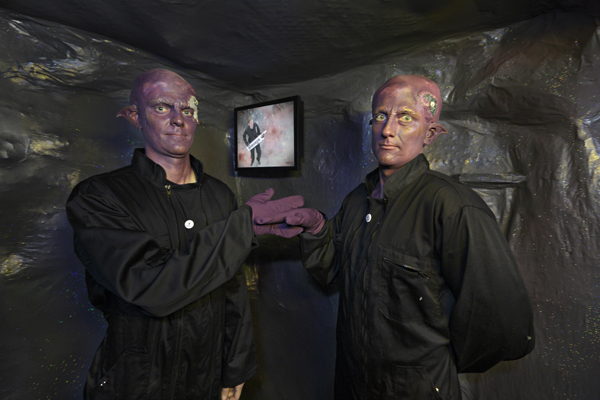 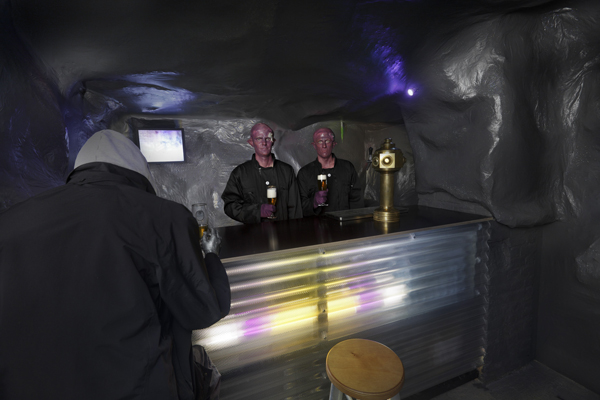 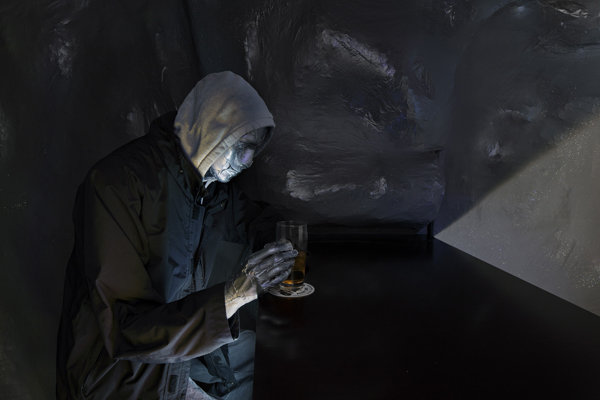 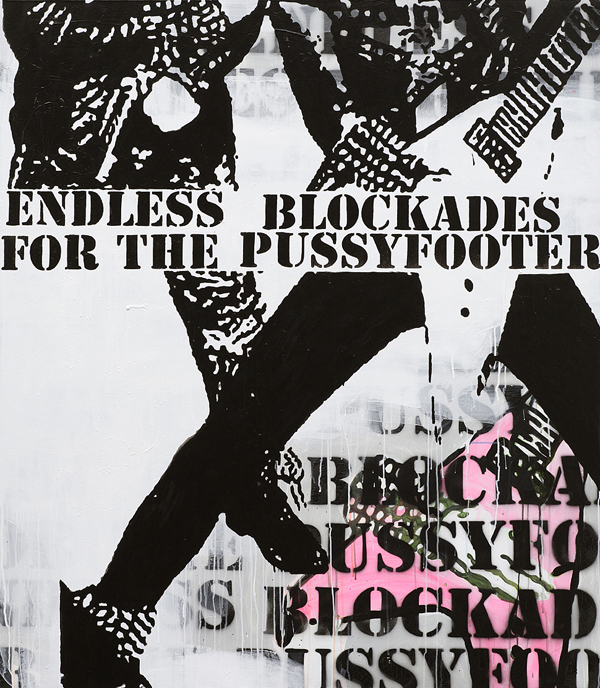 Hypnagogia, solo show of Belgian street artist ROA – known for his portrayal of large scale urban wildlife – opens this evening @ Stolen Space gallery. Hypnagogia will be a 2 space exhibition, featuring installation work within the gallery, as well as outdoor work across east London. To coincide with the show opening will also be a launch of ROA’s first artist book Roa: ‘An Introduction To Animal Representation by Mammal Press. The book edition is hand–made, signed and numbered (it is a limited number of 500 copies) with 2 screen prints enclosed.

125 copies will be available @ the opening as of 6pm, one per person, on a first come first served basis. So forget the pouring rain outside & head over to Shoreditch! 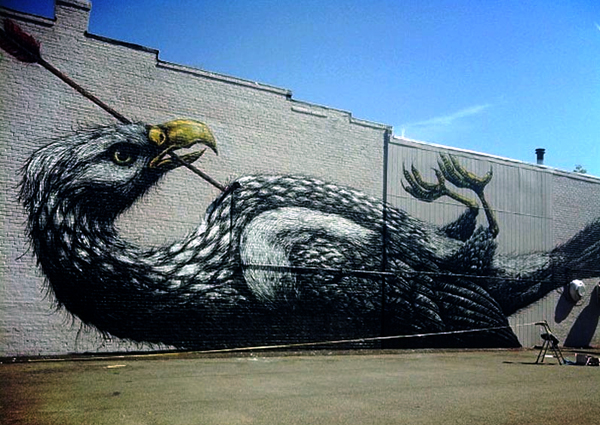 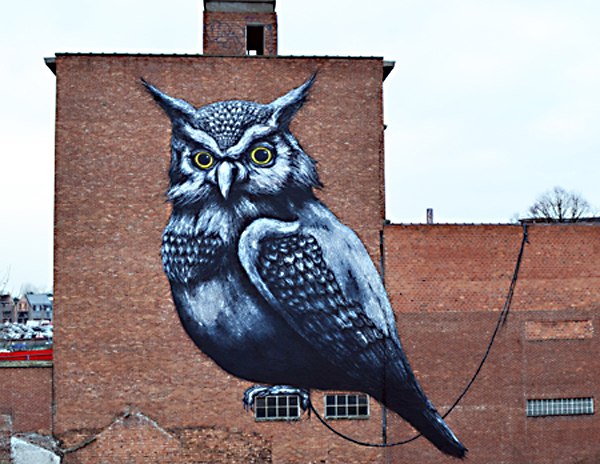 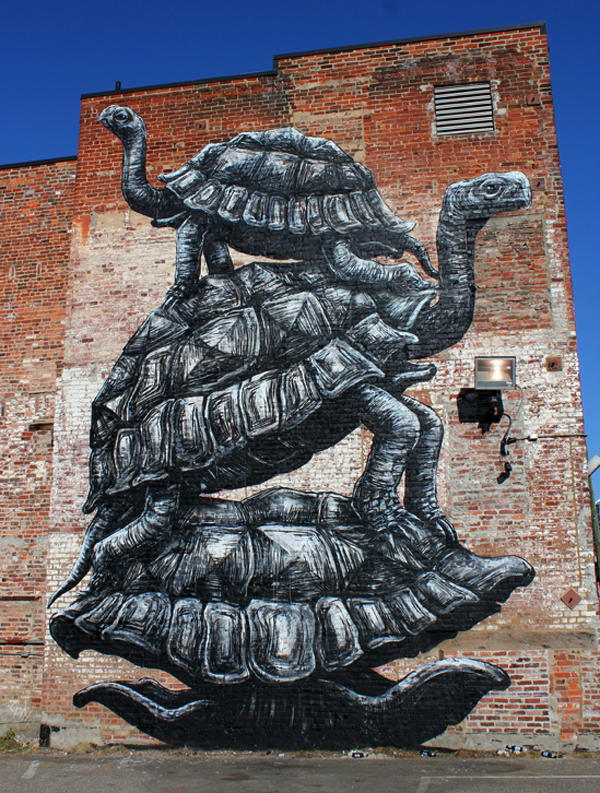