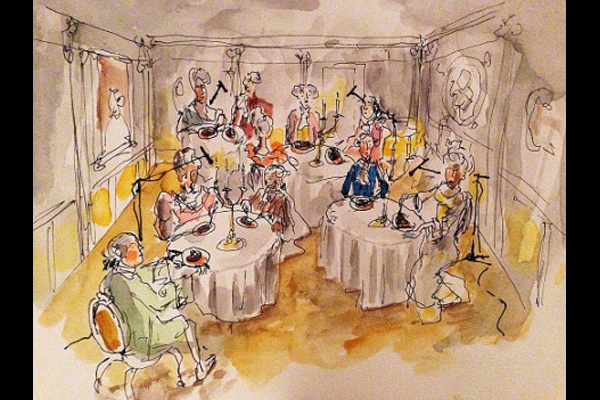 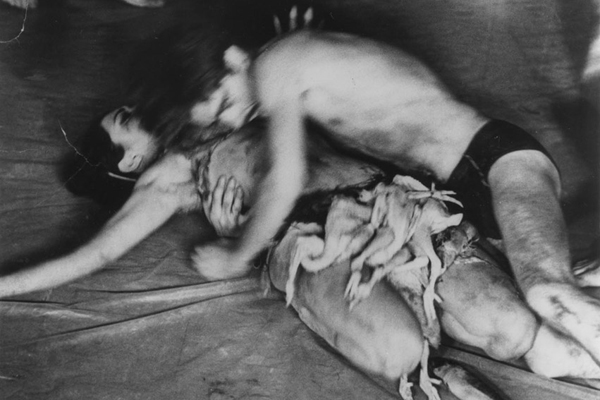 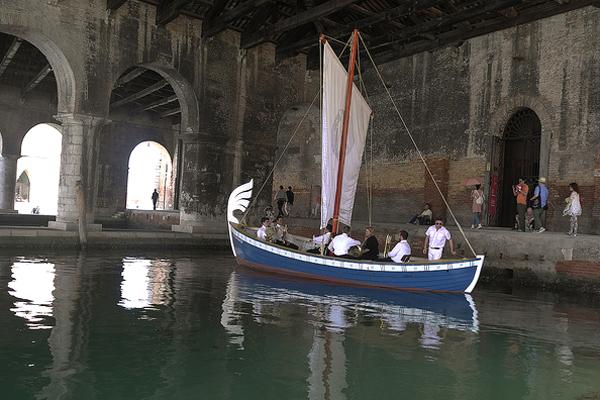 The difference between the online and the offline start disappearing. We live in a digital world and technology is increasingly getting integrated into our behavior. With commercialization of natural user interfaces like Microsoft’s Kinect and Leap Motion or advanced virtual reality headsets like Oculus Rift, the blurring of the lines between the virtual and the real is even more rapid.

Games are playing a crucial role in this rapid digitization. People have always loved to play, but the complexity of current games, their production value and the level of interactivity advances so dramatically that they are becoming cultural artefacts of our time: World of Warcraft, Grand Theft Auto etc., have become references beyond the gaming community.

Grand Theft Auto V was released last month. It took five years to produce and it made $800 million just in the first 24 hours of sales. Fernando Pereira Gomes – art student, street photographer and gamer – noticed, when playing the game, that the personages carry mobile phones with a camera. The gamer can then upload the pictures to his game profile and download them to his computer. Gomes started taking “street photography–style” snapshots in the game and through the eyes of his character – and the result is amazing. It’s a virtual street photography, made through a virtual person, and yet it feels so real.

To quote Gomes: “What I found was remarkable. The game is so realistic that it felt like being on the streets outside, running around for shots, anticipating passersby’s movements and reactions. In a way, it was also incredibly frightening that these algorithms could look so real, or is it that we ourselves are becoming ever more algorithmic?”

Check out the pictures on his tumblr Street Photography V. 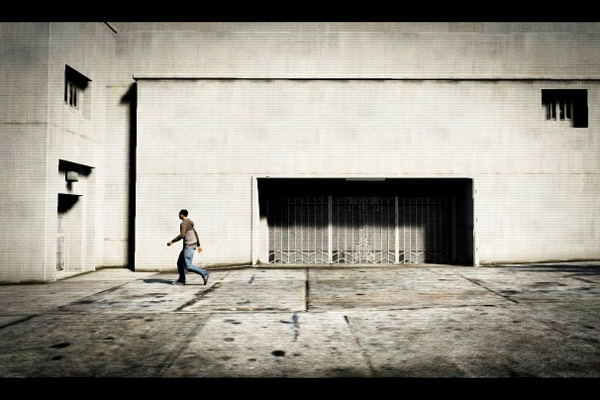 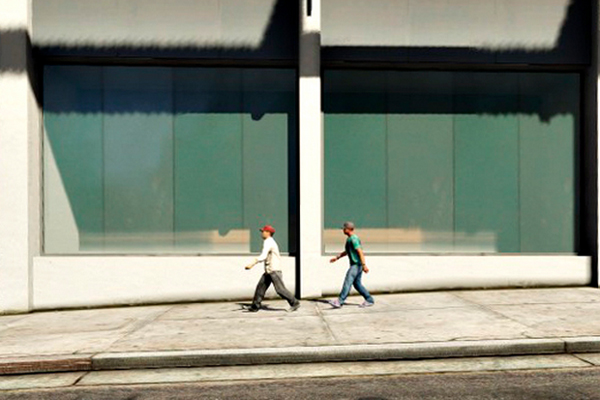 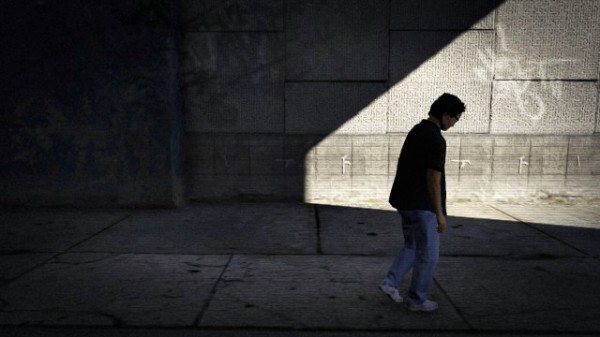 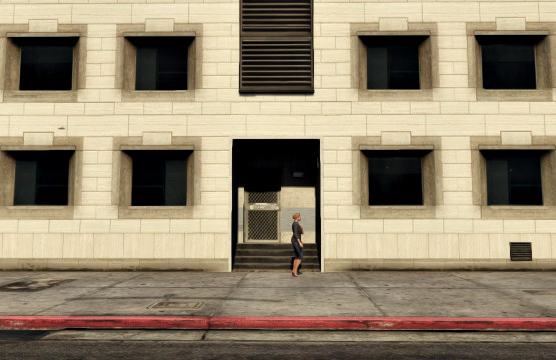 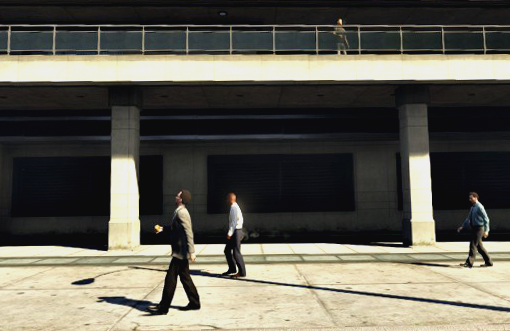 Nicoline van Harskamp (b.1975, lives and works in Amsterdam) will be the next artist to perform @ Tate’s BMW Live Performance Room. You can watch her piece English Forecast next Thursday, September 19th, on youtube.com/user/tate/tatelive. So put on your headphones and tune in at 8pm GMT (9pm on mainland Europe, 3pm in NY,
11pm in Russia etc). Live comments are shared through tate.org.uk/bmwtatelive.

Nicoline’s performance builds on some of her previous works that investigate the future of English language: how will English sound in a few decades, how will it transform formally and grammatically? How much will it be influenced by dialects, digitalization, or through appropriation by non-native speakers? The artist studies these and other impacts to propose a probable version of this future language.

A team of actors, with different mother tongues, will perform this language, and online audiences are invited to participate by repeating what they hear. Apparently this can be quite a linguistic exercise, as it will involve using the full range of consonants and vowels of the International Phonetic Alphabet. Try your luck and see what chance you stand to have your voice heard and understood in the years to come.

About BMW Tate Live Performance Room:
BMW Tate Live is an innovative art project that focuses on curating in digital space. Commissioned performances take place at Tate Modern, but can be only viewed online: either in real time, with a possibility of direct interaction, or later on at YouTube. Previous performances featured artists Jérôme Bel, Pablo Bronstein, Emily Roysdon, Harrell Fletcher, Joan Jonas and Liu Ding and Meiro Koizumi. BMW Tate Live performances are being curated by Catherine Wood (Tate’s curator of Contemporary Art and Performance), assisted by Capucine Perrot. 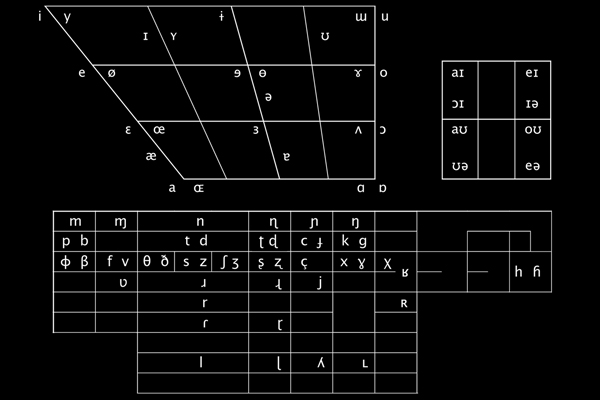 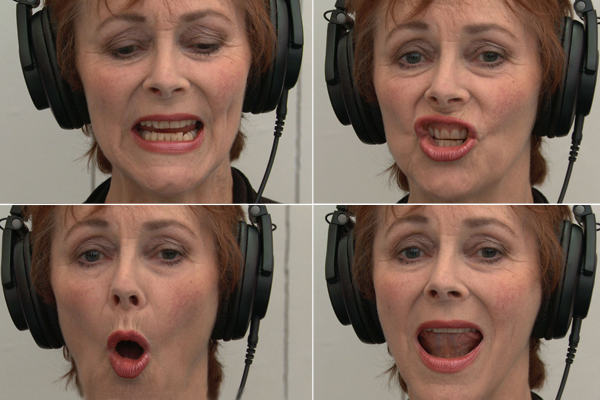 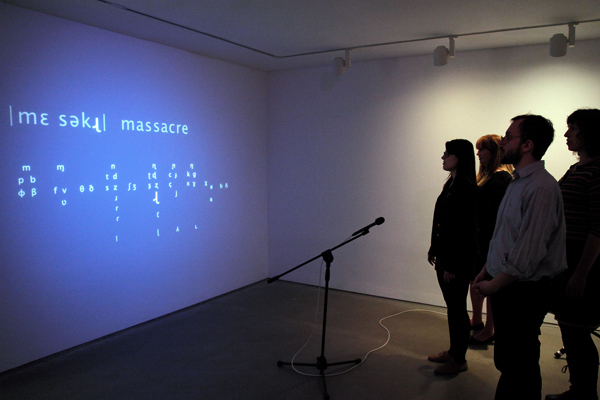 The next BMW Tate Live performance takes place this Thursday at 8pm GMT. The “strictly online” art event features Japanese artist Meiro Kouzimi whose video work examines Japanese culture and history. We’ve just seen Meiro’s fabulous and slightly disturbing Portrait of a Young Samurai at the Future Generation Art Prize and are very excited to interview him prior to his Tate gig (interview upcoming). So stay tuned and especially don’t forget to log in on Thursday to watch him live!

About BMW Tate Live:
BMW Tate Live is an innovative art project that focuses on curating in digital space. Commissioned performances take place at Tate Modern, but can be only viewed online: either in real time, with a possibility of direct interaction, or later on at YouTube. Previous performances featured artists Jérôme Bel, Pablo Bronstein, Emily Roysdon, Harrell Fletcher, Joan Jonas and Liu Ding. BMW Tate Live performances are being curated by Catherine Wood (Tate’s curator of Contemporary Art and Performance), assisted by Capucine Perrot. 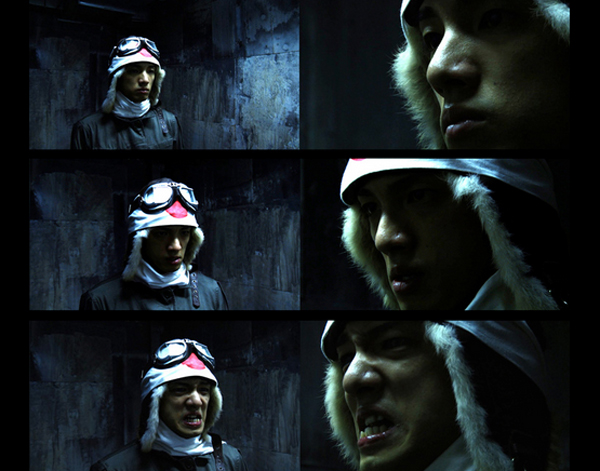 While reading this interesting article about a new breed of art patrons from Silicon Valley, we discovered Bay Lights, a public artwork created for the San Francisco Bay Bridge by Leo Villareal. The “master of light” Villareal created a stunning computer-programmed show, which uses 25 000 LED lights forming various moving patterns
across the bridge. The world’s largest light sculpture first lit up on March 5th and is now running every night, from dusk till 2am, for a period of two years.

The artist said: “This was a whole I.T. job, which you wouldn’t associate with a monumental piece of public art.” We can see his point and totally get the appeal such work must have have for the Silicon Valley techies.

Even if you don’t make it to SF till 2015, you can watch the nightly live stream on a long distance. In case you live in New York, you can see another of Villareal’s latest light installations (titled Hive) at Bleecker Street subway station. And if you’re in London, Leo Villareal is one of the artists currently showing in the brilliant Light Show at Hayward Gallery.