Category archives: And the Winner Is…

Paul Hamlyn Awards are exceptional not only because of the generous amount the artists receive, but also in the generosity of spirit: the beneficiaries are given complete freedom to spend their £50K as they themselves see fit. For most of them, it is a life–changing experience: an injection of confidence and financial means, that allows them to concentrate solely on their artistic career, to take creative risks, to buy the equipment they need and to realize projects, which might otherwise never see the light of day. Last but not least – since it’s artists nominating artists – to know that their work is recognized and appreciated by their peers.

If you’re not yet familiar with the work of the current winners, it should change quickly. Many past PHF recipients were subsequently showered with further awards – incl. the Turner Prize – on their way to glory and immortality. But also for the simple fact that the work of these guys and girls is radical, gutsy, engaging and very funny! Here’s a few words of introduction about each of them and our interviews with Stewart Home and Torsten Lauschmann are coming up next.

Cally Spooner (*1983)
The youngest of the lot, Cally Spooner mixes film, broadcasting, fiction writing and performances in her practice. One of her recent projects, And You Were Wonderful, on Stage, is a traveling musical production for a female chorus line, that is in constant evolution as it moves between institutions. For the libretto, Spooner sourced material from current affairs (politics, pop music, sport etc), focusing on staged public events with lip–synced speeches and controlled body language. She then pimped them up using real advertising strategies (e.g. “how to extract, divulge and distort an employee for economic and personal gain”).

Torsten Lauschmann (*1970)
Torsten Lauschmann likes to experiment with old and new technologies and the impact they have on our perception. He also likes to mock science and knowledge systems – and absurdity is never far away. His proposal to solve global warming by having 600 million people jump simultaneously and alter the Earth’s orbit (The World Jump Day, 2005) has been discussed on internet forums in quite a heated way. We asked Torsten to shortly describe his extremely multifaceted artistic practice and enquired about his curent favs amongst the vast range of new technologies. Coming up in the next post.

Stewart Home (*1962)
Artist, filmmaker, writer, pamphleteer, art historian and activist, Stewart’s activities are always surprising and subversive. Since his beginnings on the London music punk scene, through his art pranks in the 80s to the authorship of both fiction and non-fiction books, he’s been a great influence to many other creative and dissident minds. Never too shy to make a statement, Stewart describes himself as “the most out-there writer on the planet – the only person on earth who is visible to the naked eye from outer space!” He shared with us his thoughts on protesting in the future, on how austerity measures screwed up his local gym and on how he plans to spend his newly acquired fortune. Stay tuned…

Margaret Harrison (*1940)
Margaret Harrison is a pioneer of feminist art, cultural activists and a founder of the London Women’s Liberation Art Group. Her early work was influenced by British Pop art of the late 50s and pictured male icons, real and fictive, in a purposely demeaning positions: Hugh Heffner as a Playboy bunny or Captain America with fake breasts and stockings. It didn’t take long for the police and the authorities to take interest and close her first show, I am Fantasy, on grounds of indecency. Margaret’s latest series On Reflection, exhibited this summer at Payne Shurvell gallery, are as fresh and thought provoking as her early work, by challenging gender stereotypes and subverting images of identity and power.

Ian White (1971 – 2013)
Same as the other four recipients, Ian White kept busy on many different fronts. Besides own artistic production, he was teaching, worked as a curator in the Whitechapel Gallery and on independent projects, and wrote for numerous publications and art periodicals. His art practice was mainly performance–orientated and involved solo pieces (see trilogy IBIZA, Black Flags and Democracy) as well as collaboration with other artists. Sadly, Ian’s career has been cut prematurely, when he passed away last month after a long battle with cancer. The award was handed over to Ian’s family in his memory, and to help keep his creative spirit alive.

About Paul Hamlyn Foundation:
named after the late German-born British publisher and philanthropist, PHF is an independent grant-making organisation with a mission to help people to realise their potential and enjoy a better quality of life. The Awards scheme was set up in 1993 to support artists by providing them with financial assistance at a critical point in their careers. Originally aimed at composers, it was later expanded to include works in the field of visual arts. Artists Yinka Shonibare, Jeremy Deller, Mark Leckey, Simon Starling and most recently Ed Atkins, Pavel Büchler, Andy Holden, Elizabeth Price and Lis Rhodes are amongst its past recipients. 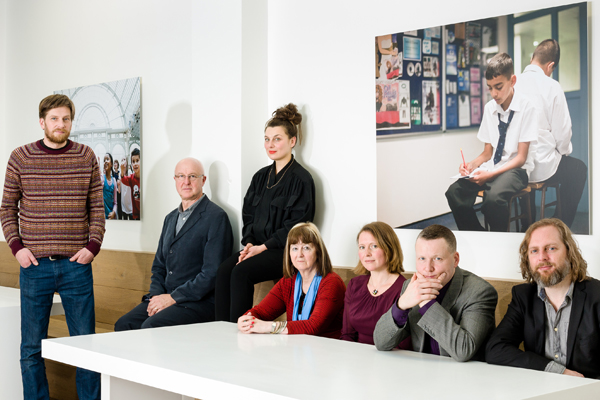 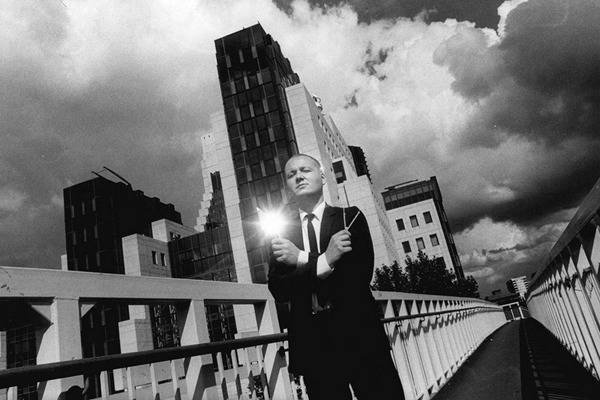 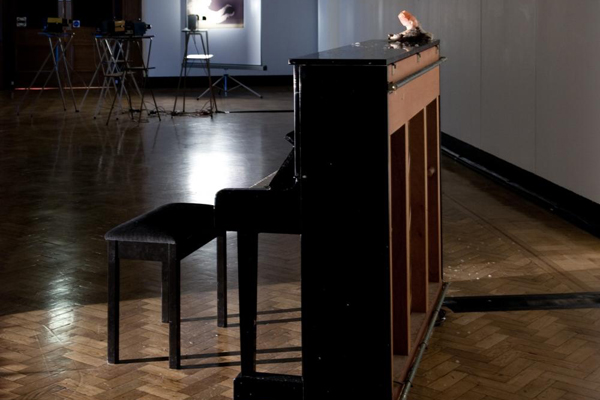 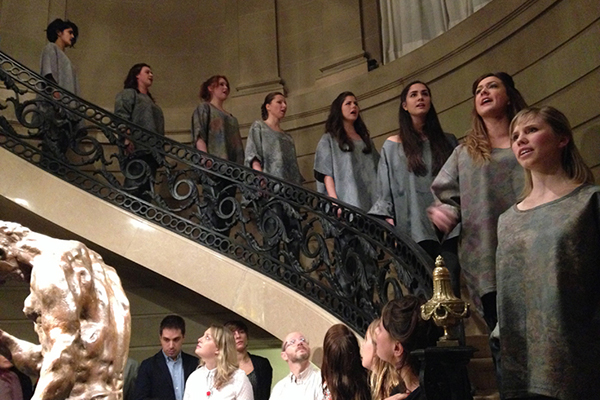 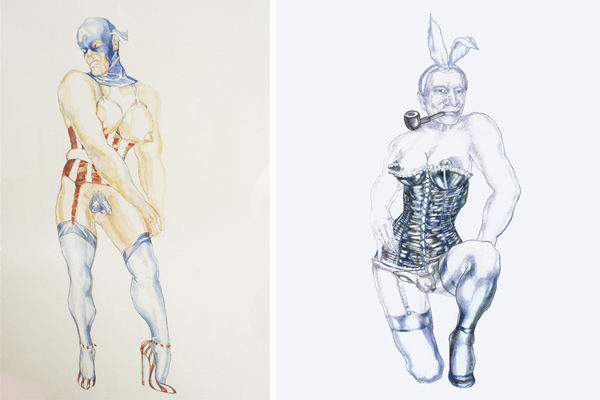 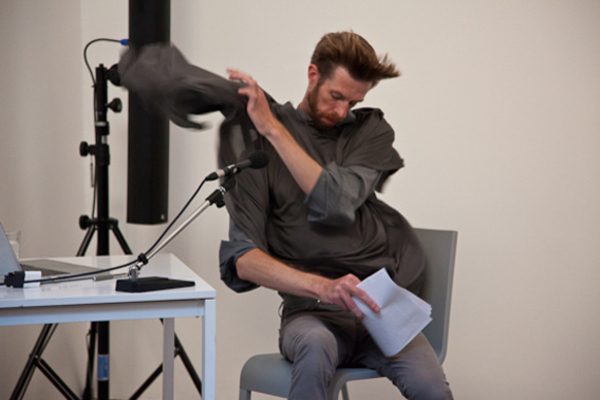 Whatever your pleasures or pains of 2012, they are now consigned to the past.
Your fate is in your hands. The rocket is fueled, the engine roaring, the countdown has begun. Take care of each other, tickle your brains with wondrous ideas and don’t let the bastards grind you down.
Shock The Future! 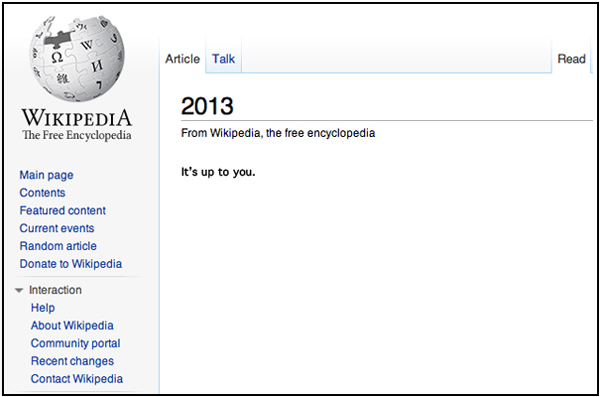 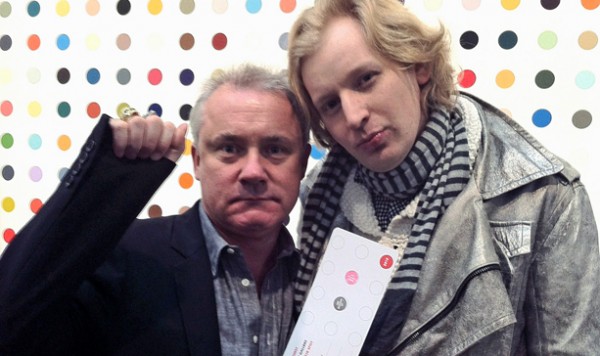 Btw: The Complete Spot Challenge continues till March 17, so still some time to win your personalized Hirst spot painting print and make an art-trip around the world.

(image: visitor inspecting Martin Boyce’s installation “Do Words Have Voices” at the Baltic Centre for Contemporary Art in Gateshead, the hosting institution of this year’s Turner Prize)
Congratz to Scottish sculptor Martin Boyce on winning this year’s Turner Prize. Boyce’s victory has been largely predicted, so no real surprise; what’s worth noticing ‘though is he’s the third Glasgow-born or -educated artist in a row (preceded by Susan Philipsz last year and Richard Wright in 2009) to win it and therefore confirming the importance of Glasgow on the map of contemporary art.

Boyce has been selected from four candidates, the other shortlisted being sculptor Karla Black, painter George Shaw and video-installation artist Hilary Lloyd.

Since his departure from Romania in 1999, Cantor has managed to achieve international recognition with projects such as ‘Deeparture‘ – a video showing an unsettling meeting of a deer and a wolf in a white gallery space and creating quite a commotion at the Berlin Biennial in 2006. An interview with the artist is available in an older edition of the Frieze magazine. Mircea Cantor is represented by Yvon Lambert gallery.

(Marchel Duchamp Prize is awarded yearly to an artist residing in France and considered a pioneer of contemporary art. The winning artist is consequently given the opportunity of a solo show @ Centre Pompidou.)