Apart from the Biennale itself, there are plenty of additional exhibition around Venice. Some are great, many are mediocre. Some are worth visiting particularly because of their location: the architecture and charm of the palazzos and the churches never disappoints. Here is our, strictly subjective, selection of the ones that we enjoyed most this year and why:

Lawrence Weiner’s The Grace of a Gesture @ Palazzo Bembo | photos
Weiner : Rialto = 1: 0
, in other words: how Weiner manages to take over your concentration, even on one of the busiest streets of Venice, is striking. The Grace of a Gesture phrase is written in 10 languages on the walls of the palazzo in the artist’s signature style. It also appears on some of the vaporetti, crossing the Venice canals. There are 4 additional works in the palazzo from an earlier series titled Displacement
that relate to various artistic materials and the physical presence they acquire when combined together. Weiner’s work has many layers: you can love its freshness
and the beauty of its graphical execution, or dive in deep semiotic analysis.
Although two-dimensional, it seems to transform the space around.

When Attitudes Become Form: Bern 1969/Venice 2013 @ Fondazione Prada
The original show “Live in Your Head. When Attitudes Become Form” was curated by Harald Szeemann at the Bern Kunsthalle in 1969 and celebrated for its innovative take on exhibition practice. Completely restaged at Ca’ Corner della Regina with the original works and even the interior setup, it has some amazing pieces on display which you’re not likely to ever see again (many of them are in private collections and the rest is all over the world) plus an eerie effect of a time travel. It was curated by Germano Celant in dialogue with Thomas Demand and Rem Koolhaas.

Marc Quinn @ Fondazione Giorgio Cini | photos
Quinn‘s big solo show is on the island of S. Giorgio Maggiore, a great destination on itself, with wonderful views of the city and a unique atmosphere. The artist’s monumental shell sculptures look splendid here; the even bigger Alison Lapper pregnant  is like an elephant in china store, but that’s probably the point. From the works inside, the most impactful is still his frozen blood self-portrait. We also loved how the embryo sculptures outside seemed to have emerged right out of the laguna; and this carpet!

Rudolf Stingel @ Palazzo Grassi | photos
One of François Pinault’s spectacular locations (the other is Punta della Dogana) hosts a solo of Rudolf Stingel. One floor of abstract, and another floor of figurative paintings (hyperrealistic portraits of religious statues) offer good comprehensive view of Stingel’s recent work. The most impressive is however how the artist transformed the space of the palazzo: the entire interior has been “upholstered” with persian low-res carpet tapestries. When we were there, we were almost the only visitors and felt like being lost in a real-life computer game. The contrast between the dark, soft and silent interior and the strong sunlight and city noise coming in through the windows makes the whole experience even more bizarre.

If you still have time and energy, here’s more:

Peggy Guggenheim museum shows Robert Motherwell Early Collages in its beautiful venue on the Grand Canal; Ai Weiwei is one of the four artists representing Germany at the Biennale and he also has two installations in the city: in Giudecca and at San Antonin church; Punta della Dogana hosts a group show Prima Materia
and has great views of the laguna and amazing interior architecture; Pinchuk’s Future Generation Art Prize shows some interesting artists and the palazzo itself is awesome, but what you’ll remember most is all the things you must not do…

Last, but not least, a nice digital, rather than physical intervention from the Dutch artist Jonas Staal: Ideological Guide to the Venice Biennale, a downloadable app that provides insight into its political, economic and general ideological infrastructure. 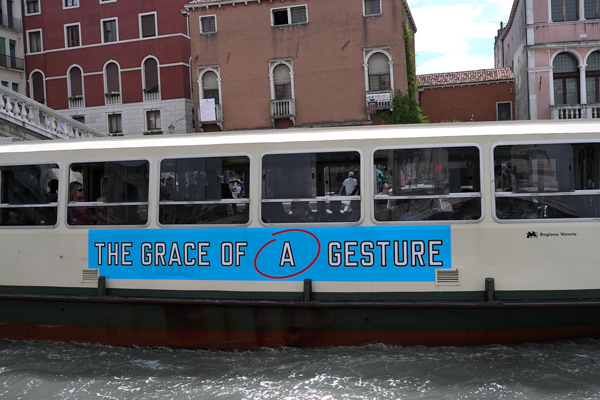 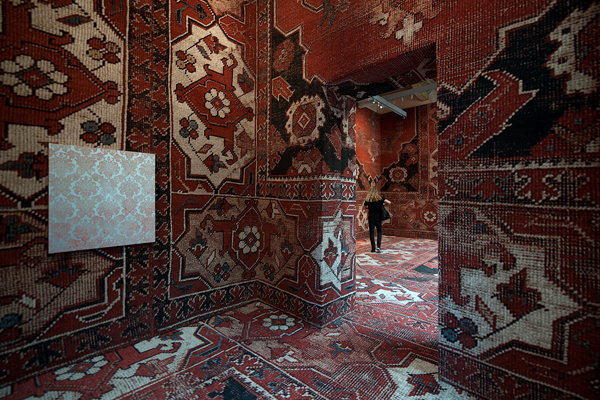 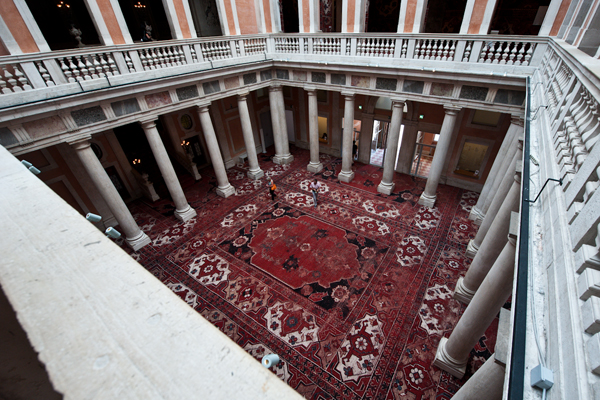 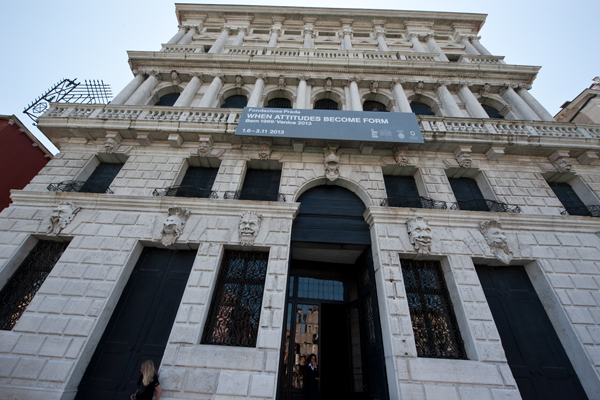 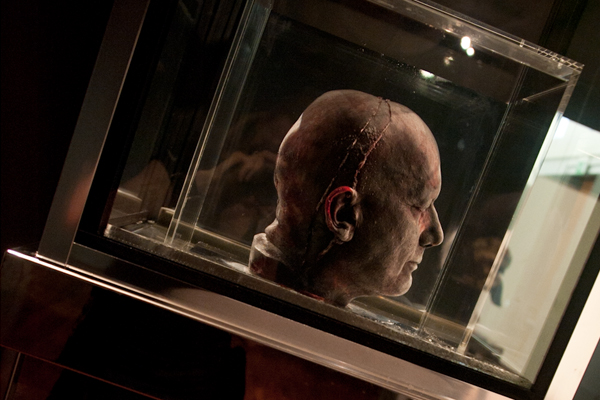 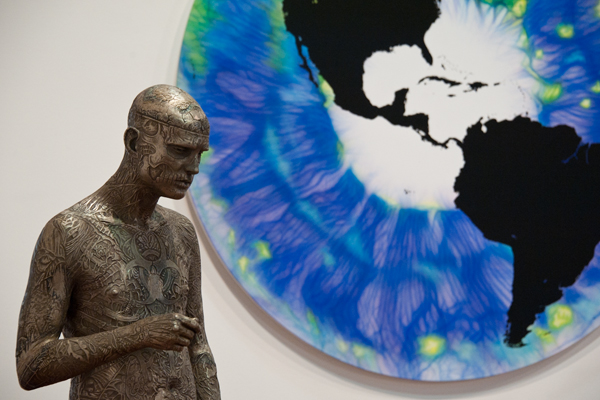 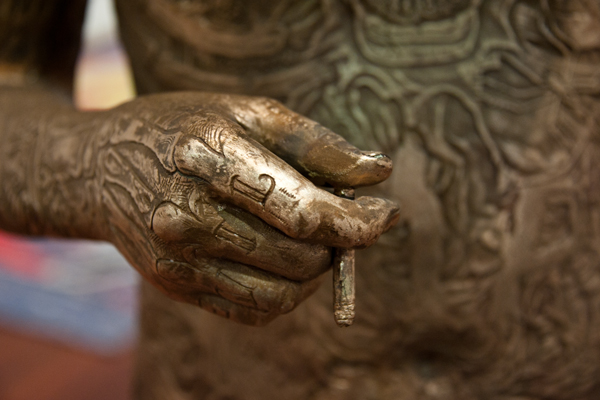 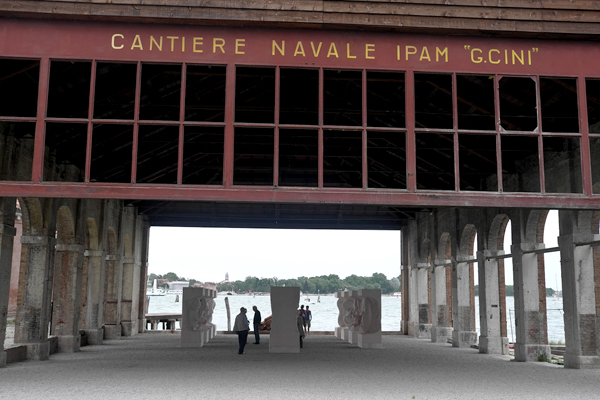 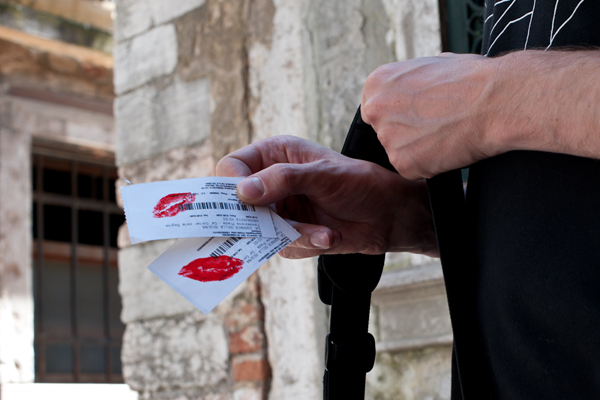 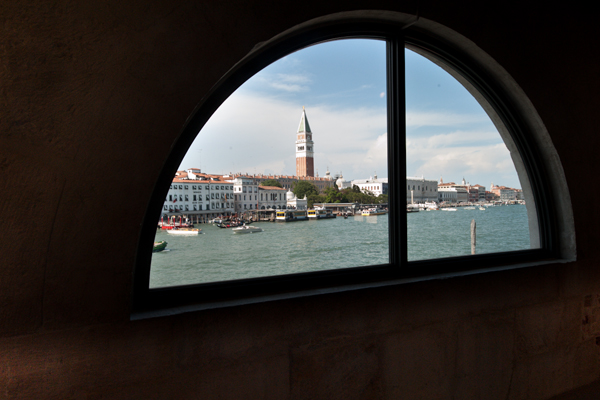 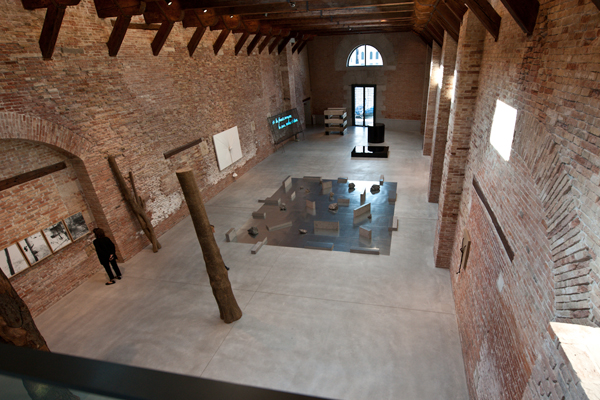 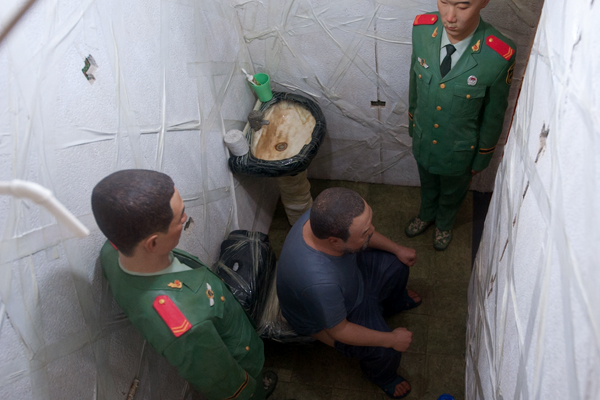