Yesterday we saw a great show of the Japanese avant–garde group Gutai at the Guggenheim Museum. The Gutai Art Association (active 1954–72) grouped together artists searching for answers in a postwar Japan. As all modernist movements, also these artists rejected the past – faced with the horror of the World War II – presenting their answer by a separation of the material and the ideological.

Borrowing from the Cubist tradition with their interest in space and from the Futurists’ interested in time the Gutai created their own language. But rather than taking time and space as subject matter, they used them as their medium. This is clear from many of the works shown: Shiraga Kazuo painted with his feet, running around on the canvas to separate the cerebral act of painting with the physical act of applying the medium on a surface; Shozo Shimamoto used both sides of the canvas, forcing the viewer to walk around in order to fully understand the concept, Jiro Yoshihara engaged visitors to create their own collective artwork (third photo on the left). In a later stage of the Gutai movement, artists started reflecting on the rise of technology, such as in Yoshida Minoru‘s installation The Bisexual Flower (second photo on the left) and experimented with video to explore time and space.

We really loved this exhibition. It demonstrated how a group of artists captured a big question of the époque they lived in and postulated a creative answer. The next 20 years can be seen as an exploration of their initial idea, influenced by new evolutions in society, technology, culture, etc… but still very true to their initial belief in separating matter and ideology.

This understanding brings us to an interesting question: Which artists explore through their work answers on the big questions of today?

Gutai: Splendid Playground ran at Guggenheim NY from February 15th till May 8, 2013 and is now finished. We were lucky to catch it on the last day! 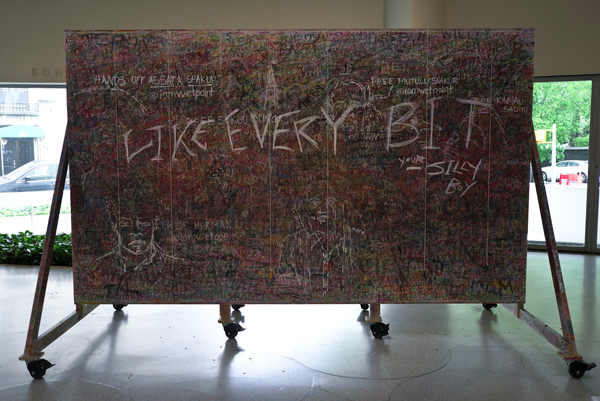 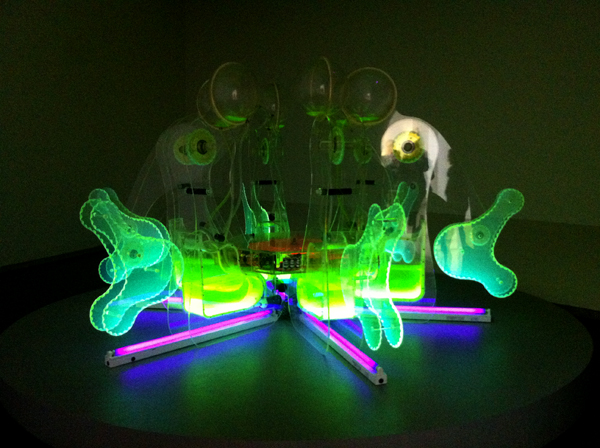 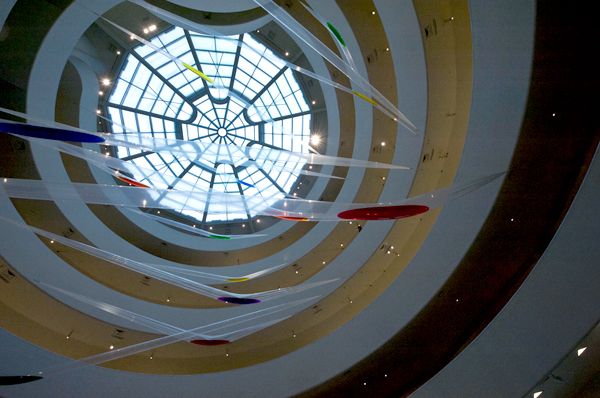