Some of the greatest ambassadors of contemporary photography show their work in Chelsea till mid/end June. Start with the impressive sizes (works and gallery spaces) on the 24th and 25th Streets (Wolfgang Tillmans @ Andrea Rosen, Rodney Graham @ 303 Gallery, Richard Misrach @ Pace), then go for a more introvert experience at Leslie Tonkonow (Laurel Nakadate) and Danzinger (G. Crewdson & O. W. Link).

runs through June 22nd at Andrea Rosen on W24th St

It’s not easy to summarize Wolfgang Tillmans’ work because for the sheer scope of his topics and techniques. His focus seems to be in constant development, improvising with themes, materials and the photographic media itself. This exhibition brings together photographs from the last 4 years, during which the artist travelled around the world, from the US and Europe to Asia, the Middle East, Africa to remote places in Tasmania and South America, photographing political and economic realities of globalized world. Consumer products, technology, car details, night sky, cityscapes, portraits, bodily parts… this is just about the most abstract and chaotic – but also intriguing and beautiful – travel documentary as you can get. Love!

Tillmans (*1968) lives and works in Berlin and London. In 2000, he was the first photographer and the first non-English person to be awarded the Turner Prize.

The exhibition presents 4 self-portraits of the artist, 2 of which are based on historical paintings. Graham places himself in the position of the main protagonist, but changes the context and the atmosphere of the original, to create an ironic comment: all the characters are past their heyday, reaching a midlife-crisis and contemplating their former aspirations. The overall feeling is however not that of a bitterness but rather that of an acceptance: life goes on. The large-scale photographs are presented in lightboxes (some of them consisting of 2 or 3 parts) and the overall impact is very impressive.

Rodney Graham (*1949) lives and works in Vancouver. His oeuvre spans photography, sculpture, painting, film, video, music and books. He has a solo show planned later this year at Lisson Gallery in London.

Richard Misrach: On the Beach, 2.0
runs through June 29th at Pace and Pace/MacGill Gallery on W25th St

This series of large scale photographs was shot from a hotel balcony in Hawaii, just like Misrach’s original On the Beach series from 10 years ago. Misrach documents the sea’s changes in color and energy, sometimes including, in a distance, solitary persons who are swimming, surfing or sleeping on the beach.

When not travelling, Richard Misrach (*1949) lives and works in a small city of Emeryville in the San Francisco Bay Area. His work has a strong political and ecological undertone, documenting the aftermath of natural disasters (such as the one of Hurricane Katrina) and catastrophic impacts of man on lanscape (e.g. his latest series called Petrochemical America). There is a great interview with the artist in issue 10 of the Elephant Magazine.

We were intrigued by Laurel Nakadate‘s (*1975) work from the first moment we saw her Oops! (I did it again) video in 2009 at Moma PS1. In the video she dances with strange older men she met through online ads on the Britney Spears’ tune and such ambiguous encounters and performances with strangers form the basis of much of her other works. Controlling and emphatic at the same time, and with a pretty disturbing touch, they won’t leave you unaffected. Here’s a excerpt from the exhibition’s press release:

During summer 2011, Nakadate took a DNA test in order to uncover information about her maternal side. She wrote to distant cousins on DNA websites and soon arranged to meet them, at night, in order to make their portraits. The subjects appeared without prior instructions, choosing their own clothing and/or props.  Nakadate crossed America numerous times, as she photographed her distant cousins and their children. These portraits of strangers present a complex family album, a portrait of America in 2013.

There’s a nice online interview with Nakadate talking about her early projects in The Believer mag.

Joint exhibition of G. Crewdson (*1962), known for his elaborately staged and lighted tableaux of mysterious small town life and O. W. Link (1915-2001),  a commercial photographer who in the 1950s recorded the last days of steam on the Norfolk and Western railway line. Crewdson names Link as one of the major influencers on his own work, especially in how he combined the everyday life with theatricality, and discusses it in further detail in an interview on the gallery’s website. 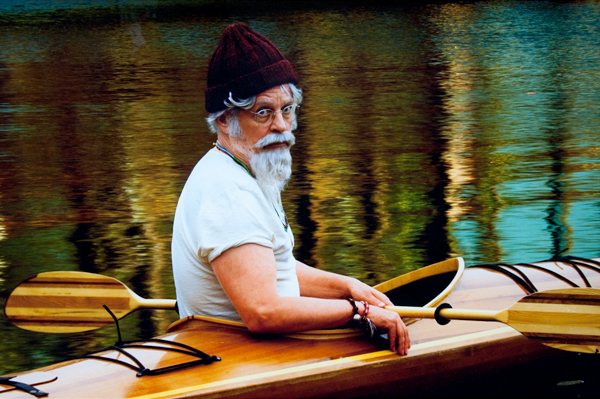 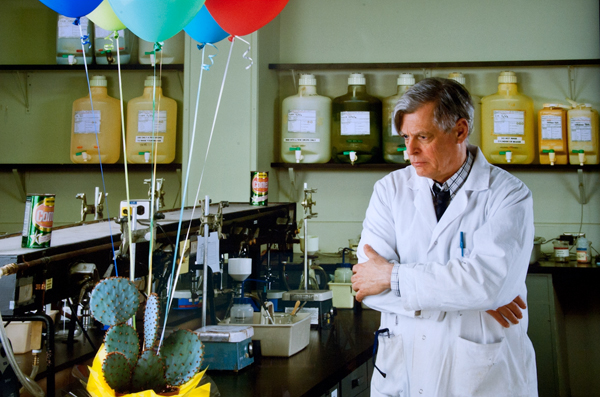 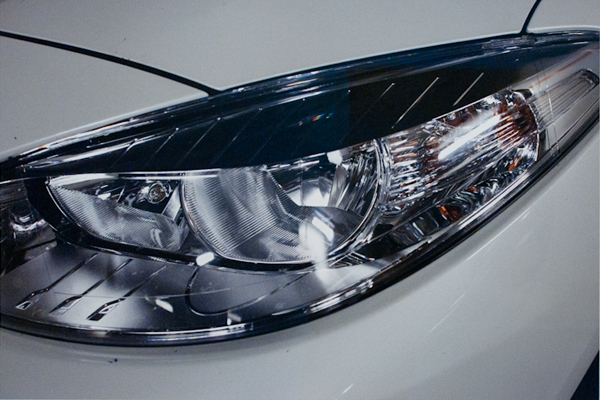 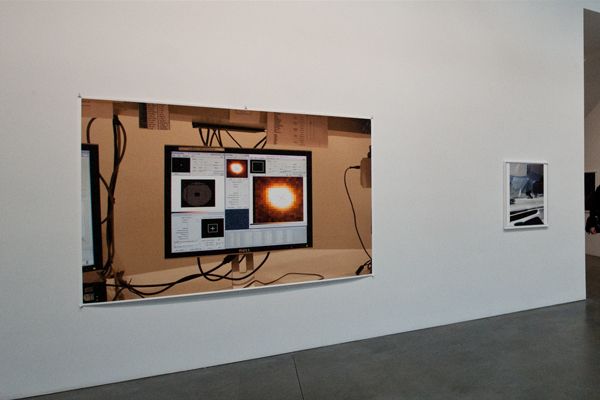 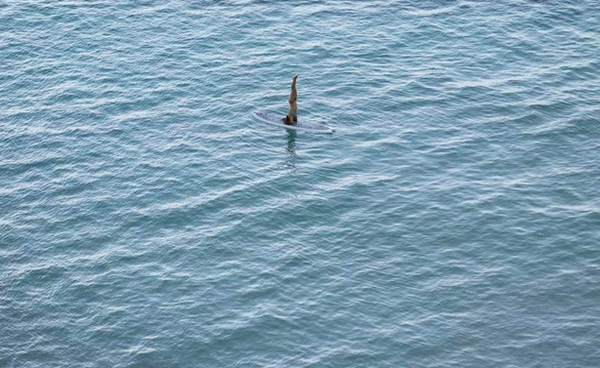 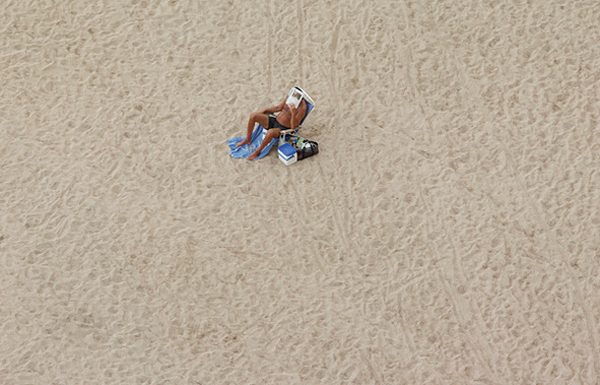 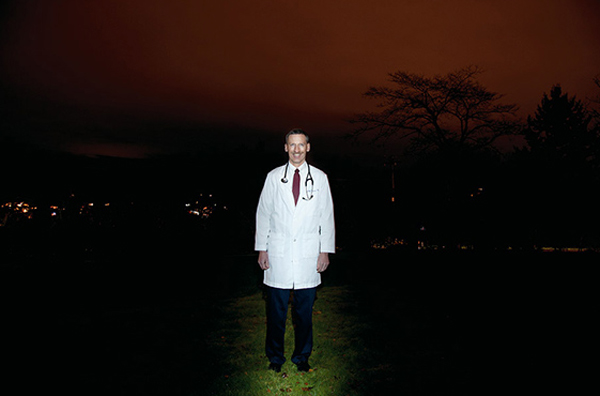 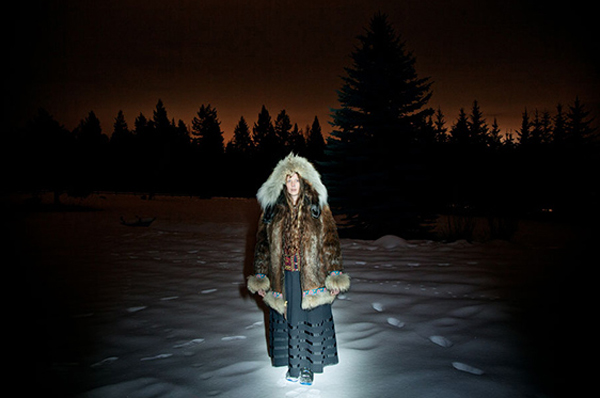 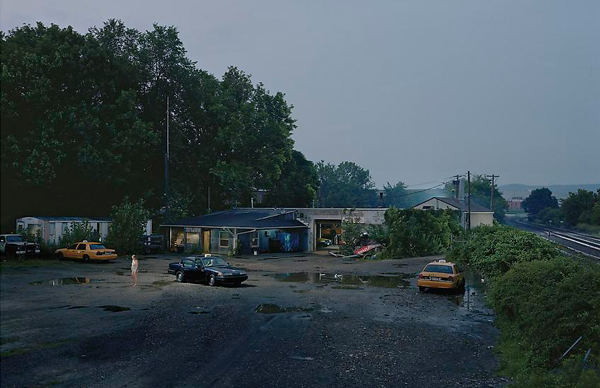 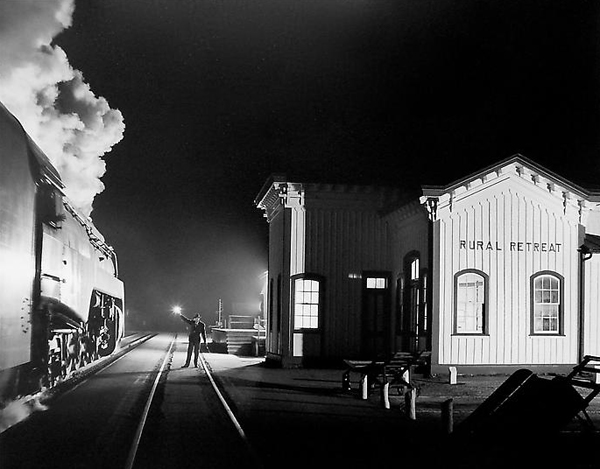