Another must-see expo is coming to Wiels Contemporary Art Center in Brussels.
On March 28th starts a solo show of Californian artist Tauba Auerbach, titled
Tetrachromat. Auerbach plays with the spectator’s senses of perception, creating works that disturb the way visual and spacial informations are understood. To produce her paintings, the artist employs a neat formula of folding or rolling large pieces of raw canvas into various configurations, then laying them flat and painting their surface with an industrial spray gun to achieve a trompe l’oeil effect.
Tetrachromat was initiated, and previously shown, in Bergen Kunsthall.
It will run in Wiels till June 3rd. Don’t miss it!

The title of the exhibition plays on the notion of ‘tetrachromatic’ vision. People normally perceive the world around them trichromatically (in three colours). Humans have three types of receptor for the perception of colour with varying sensitivities: red, green and blue. A new theory exists that there may be a small percentage of people (only women) who have a fourth colour receptor, which makes them ‘tetrachromatic’. In order to play on such ideas of a fourth component which, if it could be proven, would radically change our view of the world, Auerbach employs two analogies in this exhibition – the spatial (the idea of a fourth dimension) and the spectral (a fourth colour spectrum). – excerpt from the press release 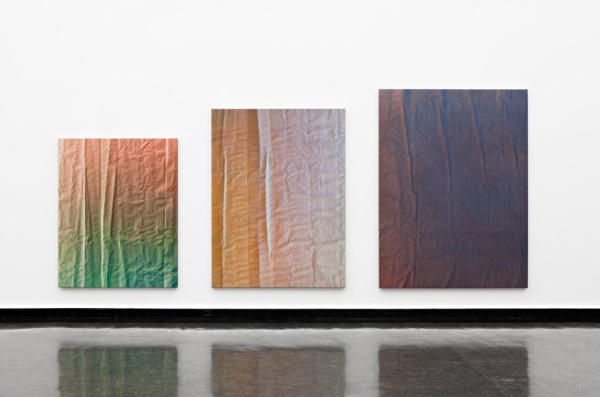 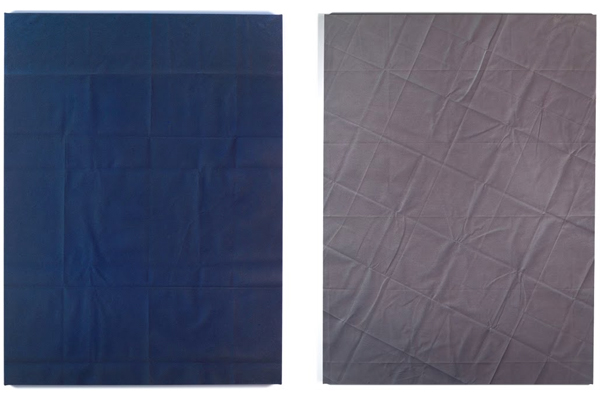 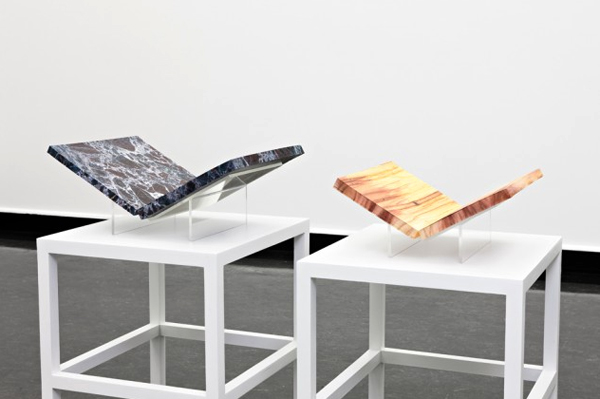 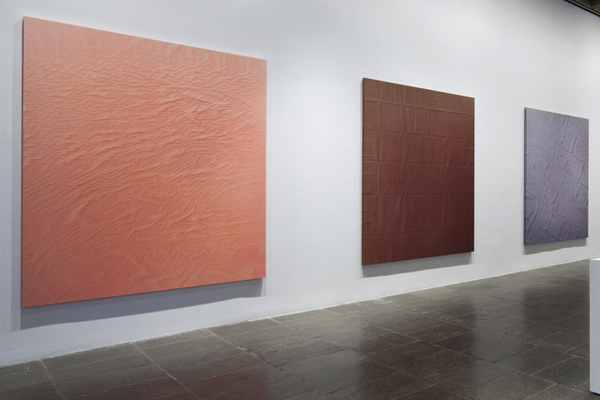