Michael Riedel’s solo PowerPoint opened last night at David Zwirner gallery in NewYork. PowerPoint builds further on Riedel’s brilliant way of using postproduction as model for a self-sustaining artistic output: images, text and recordings of past exhibitions and events serve as points of departure for new works, repeating and reinventing their impact in new contexts. In the artist’s own words: they “reintroduce the system of art into the art system”.

The starting point for this new series was Riedel’s amazing 2011 solo in the same gallery space. The quick brown fox jumps over the lazy dog reflected digital distribution processes by taking data from various websites that mentioned Riedel’s work, translating them into strong geometric compositions of text and graphics and presenting them as large canvas prints mounted on matching wallpaper. Riedel later ran this imagery through a PowerPoint presentation software, freezing the moments of transition between two slides and thus generating a new work that “takes place between two existing works”, or, in some cases, between the work an an empty slide. As the press release mentions, the fact that each new work creates a gap that can be filled again suggests the idea of endless production.

Riedel’s work is amazing and must be seen in real to fully appreciate its monumental impact, so if you happen to be in NYC between now and March 23rd, make sure that you definitely go. Plus an extra incentive: same as last time, the gallery invitation is small artwork in itself – featuring a CD with a song by Woog Riots, composed especially for the show (we have our signed copy secured already, HAHA!! – courtesy of special agent Geofrrey from According 2G ).

Michael Riedel was born in 1972 and currently lives and works in Frankfurt. Apart from exhibiting internationally, he also started an experimental artist space at Oskar-von-Miller Strasse 16 in Frankfurt, where he restaged cultural events held at other locations throughout the city. In 2004, communal dinners were introduced at the venue and later relocated to the Mainzer Landstraße 105 in Frankfurt, where they continue until now under the name Freitagsküche. 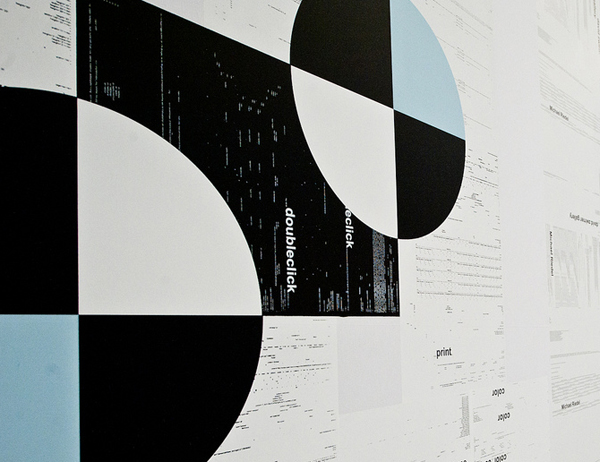 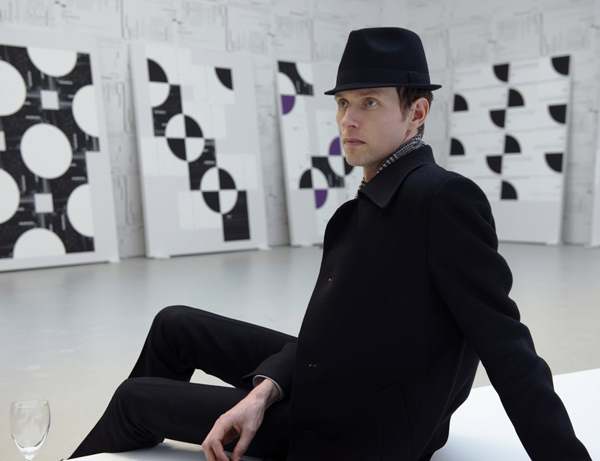 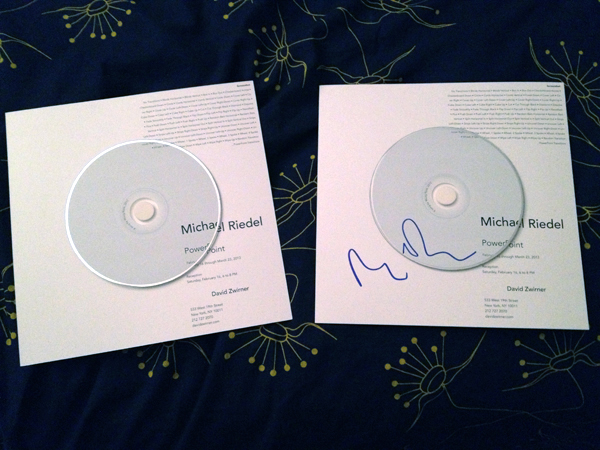 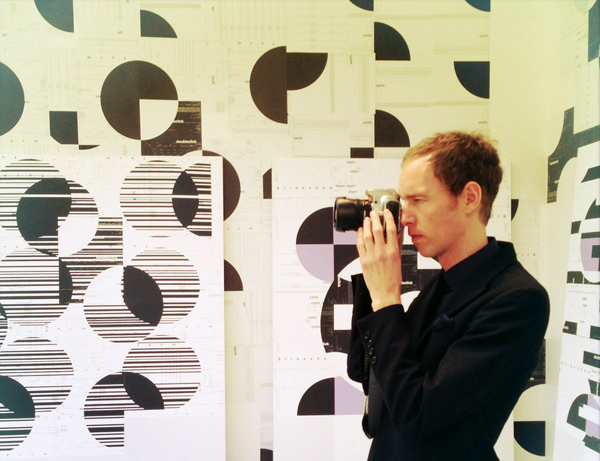 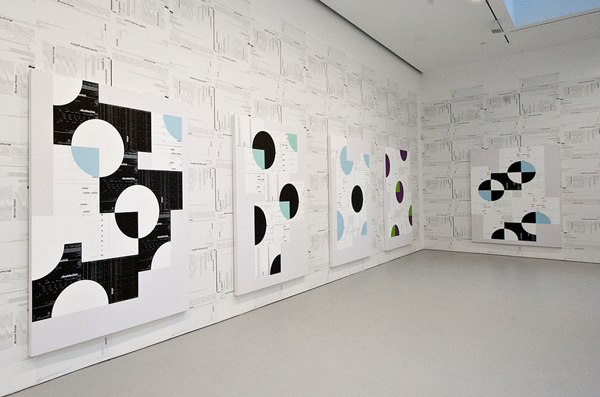