Architect Oscar Niemeyer died yesterday in Rio de Janeiro, aged 104.
On his website, you can see the amazing number of projects he realized during his lifetime – about 600, with some of the latest ones dating from recent years, after turning 100. As chief architect of Brasilia, and with Lucio Costa as Brasilia’s principal urban planner, the team Costa-Niemeyer has created a unique futuristic city, a modern capital in the heart of the Amazon basin jungle. It has made Niemeyer one of the world’s best known architects.

On the left are photos of some of his most iconic buildings:

The Niterói Contemporary Art Museum in Brazil, completed in 1996.
The UFO-shaped building is set on a cliffside, at the bottom of which is a beach overlooking Guanabara Bay. It was designed with the assistance of structural engineer Bruno Contarini, who had worked with Niemeyer on earlier projects. It is 16 metres high and its cupola has a diameter of 50 metres, with three floors. A wide access slope leads to a Hall of Expositions, which has a capacity for sixty people.
(Image credit Mimoa)

The Cathedral of Brasília, completed in 1970.
A hyperboloid structure constructed from 16 concrete columns, weighing 90 tons each and Crown of Thorns on top. The building has won him the Pritzker Architecture Prize and it is probably the most visited tourist attraction in Brasilia.
(Image credit Shutterstock)

Oscar Niemeyer Museum (Novo Museu, Moseu do Olho), inaugurated in 2002.
Located in the city of Curitiba in Brazil, it is also known as the Museum of the Eye, due to the design of the most recent part of the building. The first part, designed by Niemeyer in 1967 was faithful to the style of the time and conceived as an educational institute. It was later remodeled and adapted to function as a museum.
(Image credit doubledecker)

National Congress of Brasília, designed during the late 1950s and early 1960s.
The complex is composed of several buildings. On the photo you can see the domed Senate building on the left, the Parliament office tower at the center, and the bowl-shaped Chamber of the Deputies on the right.
(Image credit King Ho Yim / iStockPhoto)

The Ministry of Foreign Affairs Brasília (Itamary Palace), inaugurated in 1970.
The photo shows the interior of the building with its iconic staircase.
(Image credit Julian Weyer / Flickr)

National Museum of the Republic Brasília, inaugurated in 1960.
Part of the Cultural Complex of the Republic, located along the Eixo Monumental in Brasília.
(Image credit AP via Gizmodo) 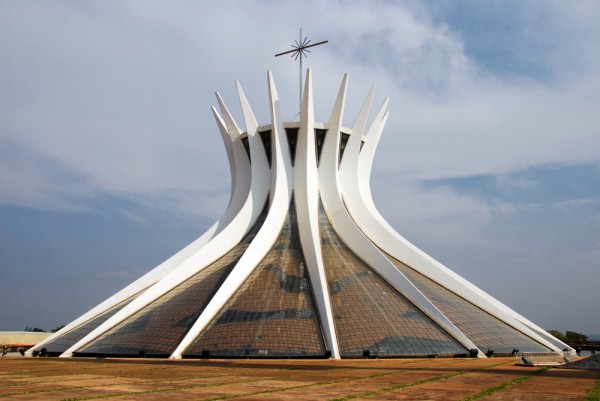 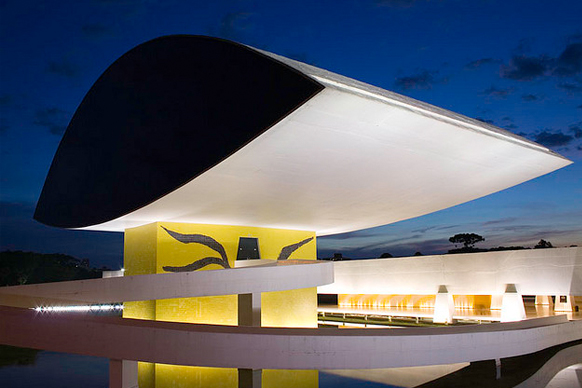 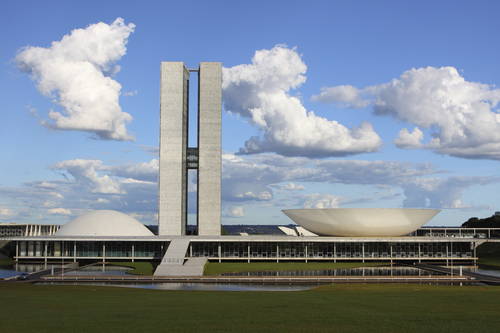 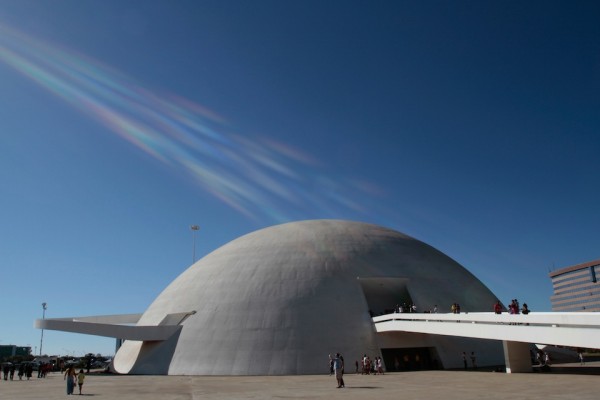