We were quite impressed when stumbling across the work of the California-born and New York-based artist Jean-Pierre Roy. His inaugural exhibitionTerraformer opened couple of weeks ago at Mark Moore Gallery in LA and will stay on display till December 22nd. Roy’s paintings, hyperrealistic by style and dystopian by subject, are powerful and ambiguous in the way they show beauty in destruction – often populated by a human being of an epic scale. More info from the press release:

“Though his tableaus appear largely unpopulated, Roy uses dilapidated structures and techno-iconography to express a Physicalist paradigm of the world. Alongside the remnants of an imperialist gluttony too large to sustain, Roy introduces a solitary figure of epic proportions – an allegorical projection of the artist himself as a world-building ‘giant.’ Drawing upon an art historical lineage, Roy recontextualizes Goya’s colossus as a cipher for the insatiable search for ultimate knowledge.”

Jean-Pierre Roy (born 1974, Santa Monica, CA) received his MFA from the New York Academy of Art. His work has been exhibited at the Hyde Park Arts Center (IL), Virginia Museum of Contemporary Art (VA), the Neuberger Museum (NY), the Torrance Art Museum (CA) and forms part of, amongst others, the Zabludowicz Collection, Pigozzi Collection, and Fischl Collection.

Images: courtesy of the artist and Mark Moore Gallery.
Via: Juxtapoz 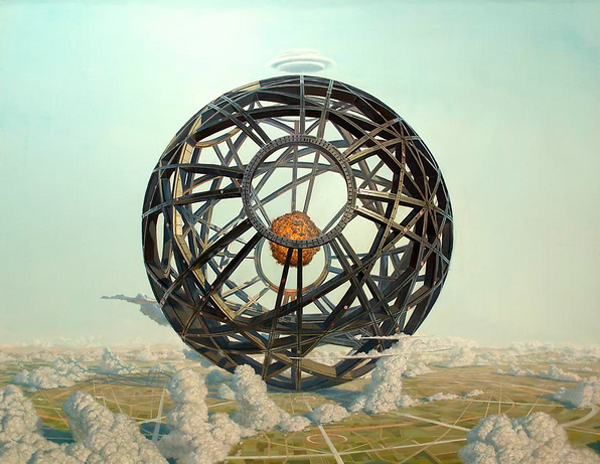 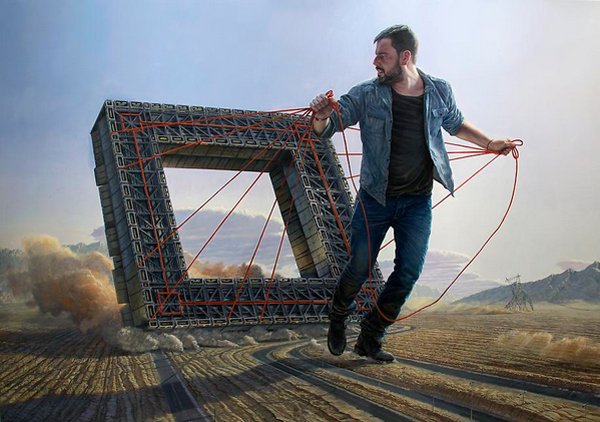 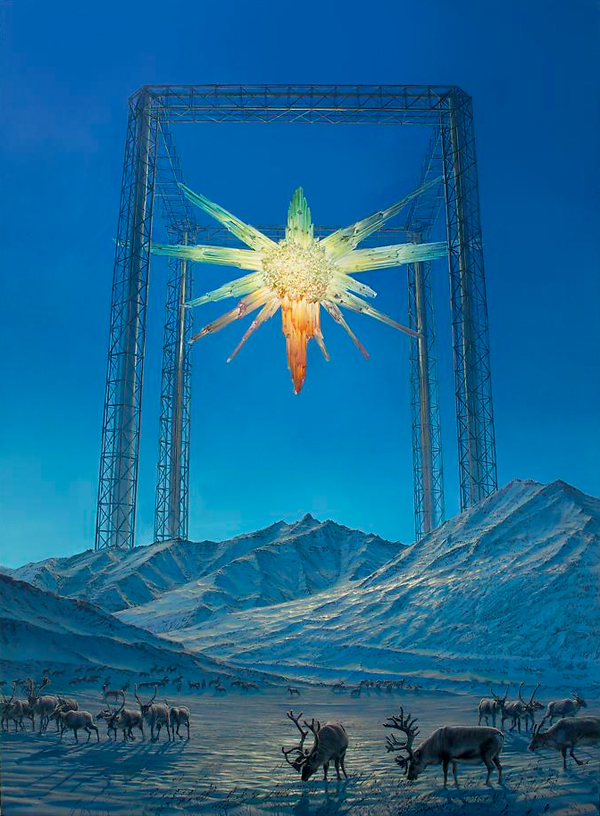 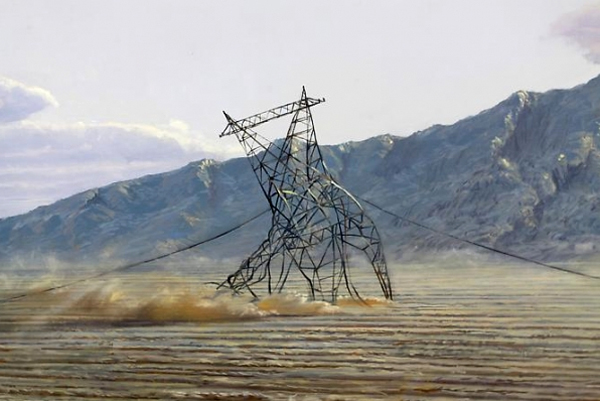 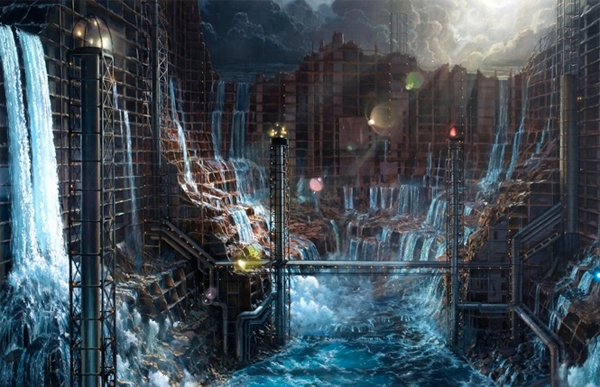 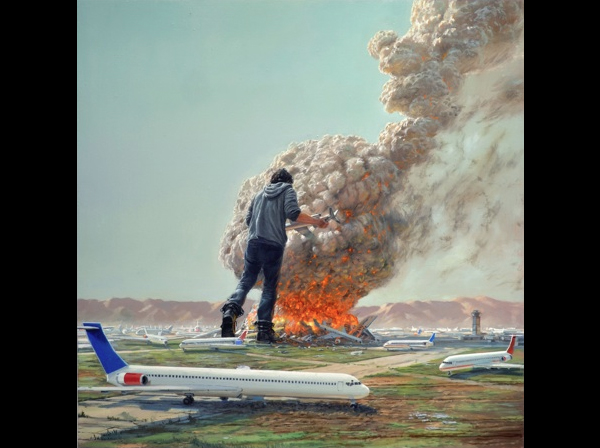