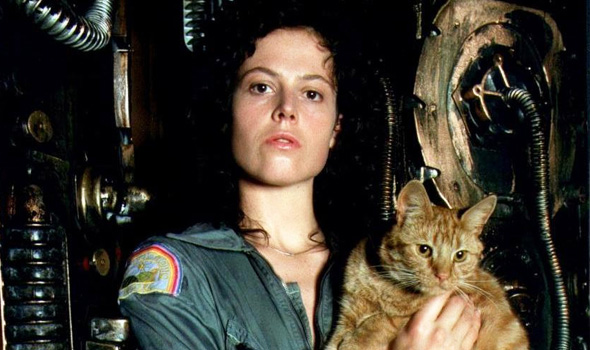 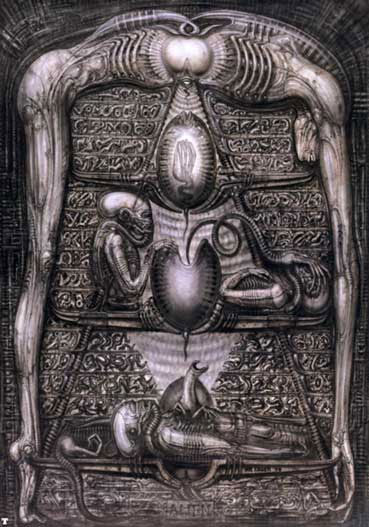 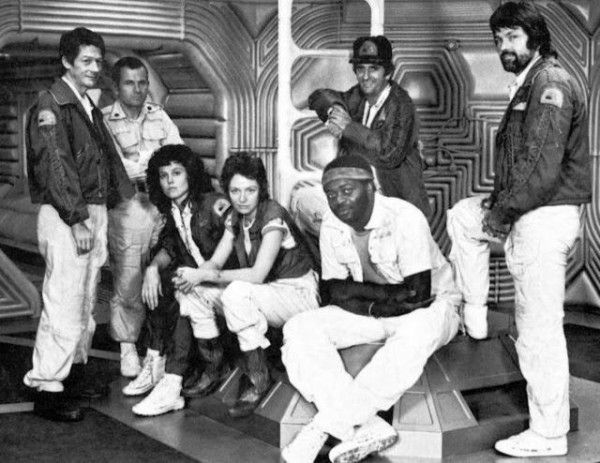 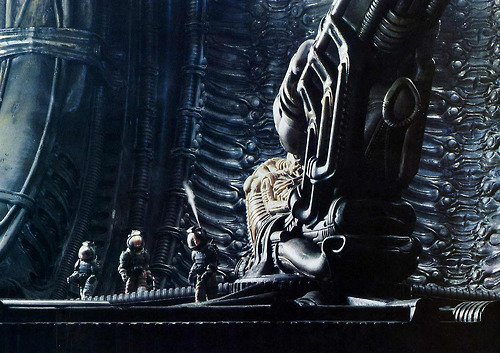 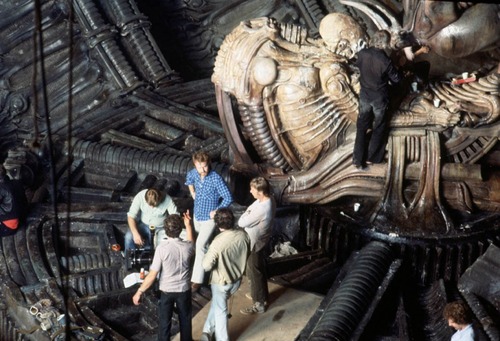 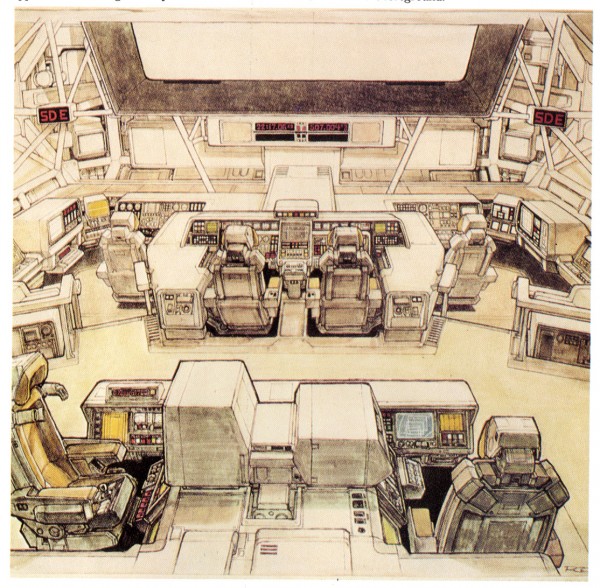 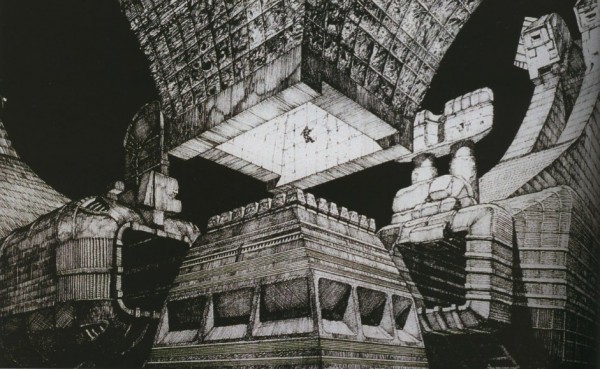 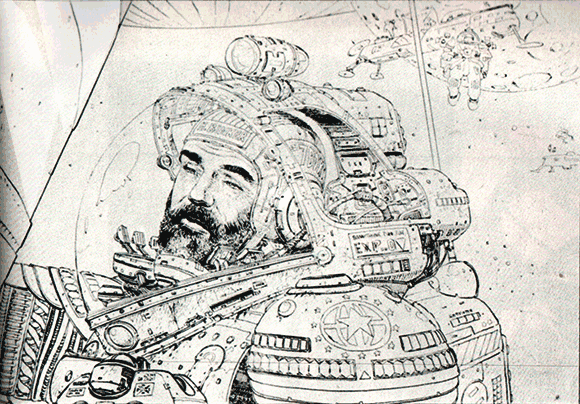 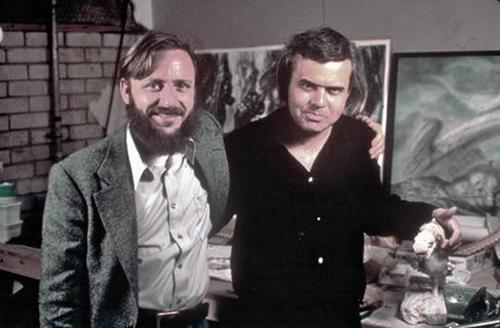 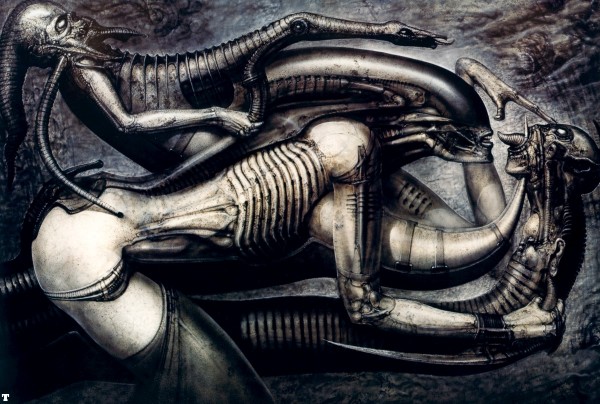 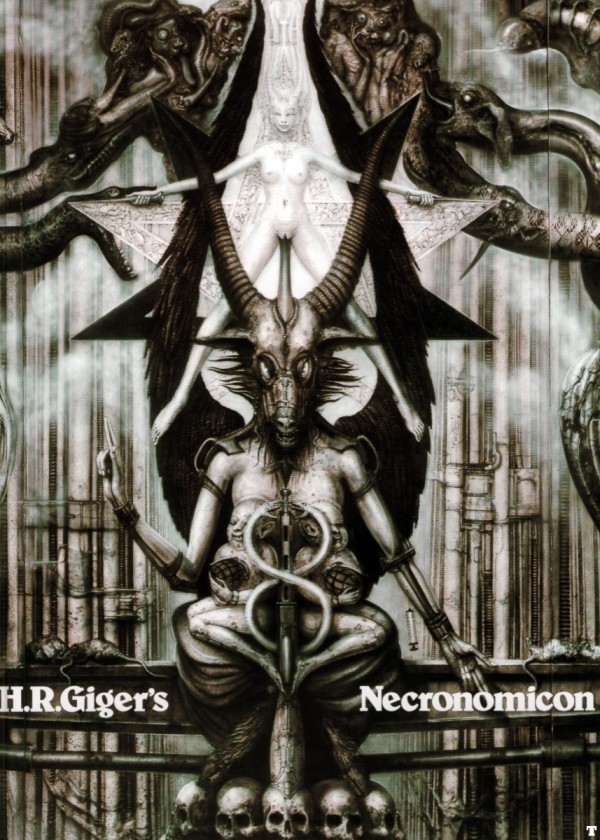 The conversation always begins the same way, with the same expression on the interlocutor’s face- neutral, yet tinges of uncertainty and a shadow of an imploring cast for understanding and companionship.‘Have you seen Prometheus?’ It’s almost like the coded greeting of an underground resistance movement, because while on the surface they do mean it literally, the question and associated body language make it plain what they are also asking is-

Was it just me or was that a huge stinking pile of shit… and I so loved Alien, how can this be?

Well it’s ok. Stand tall, stand proud, come out of your closets and declare unashamedly to the world –I saw Prometheus, and it was shit!

The 70’s… and in the UK an elite informal group of hungry young filmmakers are cutting their teeth in advertising and becoming very wealthy as a result, Alan Parker, Adrian Lynne and Ridley Scott. As with all commercials directors they harbour the ambition to direct for the silver screen and the UK’s film industry being no longer in the ascendant they looked westward, whoring for Hollywood being a higher calling than whoring for toothpaste. At this same time Dan O’Bannon had emerged with John Carpenter as an exciting new talent after their student film Dark Star was expanded and released into cinemas. O’Bannon had then written a treatment, expanded into a script, provisionally entitled Star Beast and it was being passed around production executives at 20th Century Fox, O’Bannon being new to Hollywood took a lot of interest in how a film of his script might be made and put a lot of work into preparing it for eventual production, thinking he may even direct it himself. In the UK, Ridley Scott with one movie under his belt (the nicely shot and mildly existential The Duellists) was looking for his bigger break, eager not to lose the competition amongst his peers of achieving big movie deals. He was not first choice to direct Alien and was unsure himself of making a sci-fi movie, but his fancy was tickled and he signed up. The next essential ingredient of Alien came about once development of the film was quite advanced, by and large what they had was a haunted house in space movie, albeit with some original touches courtesy of O’Bannon’s admirable ambitions

Nevertheless it was still pretty well much just amounting to a big dark place with people being picked off one by one by a horrible mysterious killer. Both O’Bannon & Scott knew the difference between this being just another movie and it being something special was in how they brought this world to the screen. Together with producers Brandywine they recruited Ron Cobb, Chris Foss and briefly Jean ‘Moebius’ Giraud, whose initial space suit designs passed to costume designer John Mollo who had recently had great success with his work on Star Wars. Ah Star Wars, The Beatles to Alien’s Rolling Stones, what Star Wars had done was up the ante both in financial and design terms for what an imaginative space movie could be. It also introduced to a wide audience a key idea innovation in speculative space design- the hardware was dirty. The future was lived in, the machines that could travel the starts were not as gleaming and utopian as before, they were grimy, industrial. This was a development of UK effects artists who had perfected their abilities on 2001: A Space Odyssey & Gerry Anderson’s TV shows. It introduced an implicit element of dystopian scepticism, so that even with astonishing technology, the human future would be as rotten as their present (a cynicism of enlightenment progress when politics were stagnant with hegemonic corruption, discuss) [PS. pedants, yes I know Star Wars was set a long time ago, space travel of that ease is a science fiction staple, in our developmental & technological terms it represents futuristic dreams].

So they had some truly great world building and sizeable funds to realise it on film under accomplished art director Roger Christian who was another Star Wars alumni. Yet while they were whizzes at building the human world, the designers produced rather less inspiring drafts of what the alien star beast may be like, tentacles, ugliness, basically nothing you wouldn’t expect slurping around the joint in any schlocky space horror movie. But O’Bannon owned a copy of Hans Rudolf Giger’s The Necronomicon (1977) and had worked with him on an abortive version of Dune for director Alejandro Jodorowsky (as had Foss & Moebius), he passed the book of Giger’s work to Scott and -particularly in Necronomicom IV- they knew instantly this was their alien designer. The studio were initially reluctant, they actually thought Giger was too horrific, for a horror film, (yes let that sink in). The creative team persisted and after winning over the producers at Brandywine they commissioned Giger and from that moment, the first truly interesting depiction of an alien aesthetic was possible.

It is ultimately this alchemy that marks Alien as a noteworthy work of cinema, a Royal College of Art trained commercials directors with obsessive attention to detail and the quality of light within the scene, a writer from independent roots still fresh to the system and a Swiss artist flown in and amusing the film crew with daily deliveries of bones to his studio. And they were all hungry, they were all still to be subsumed by their respective establishments. To top it off they recast the role of Ripley from a man to a woman and with Sigourney Weaver’s tenacious and emotive performance created an iconic heroine that is still a rarity.

There are many reasons why many different people like Alien, but they can write their own piece and bore you with it! For me it was that collision of a grimy downbeat industrial aesthetic, gothic horror, a squabbling crew replete with class issues performed naturalistically and …the pièce de résistance something truly other-worldly and incomprehensible rudely thrust into their lives. The poor human crew were raped to provide one stage of the aliens life cycle, its blood was deadly to human and machine, it seemed to kill for need and pleasure and as the medical officer Ash admitted-

“I admire its purity. A survivor… unclouded by conscience, remorse, or delusions of morality.”

Giger had brought his sexualised biomechanical world to life and while it was predictably for a mainstream presentation within a horror context nevertheless it was exhilarating to see such bold design in what was ostensibly a big budget scary movie. Scott also masterfully allowed Giger to be the designer of the entire non-human world, and here we must make a distinction, Giger is sometimes called the designer of the alien elements, as if the ship, pilot (space jockey) and planet are connected, yes he designed them all, but their roots and relations are ambiguous. In one version the alien was found in a pyramid some distance away from the derelict ship. Overall let us remember- Giger realised the non-human elements, this does not mean they all must be closely or causally related, this matters when we get to Prometheus, where possibilities were ignored and the most obvious extrapolations were made in a teeth-grindingly dull fashion.

Oh and also, Jones the cat, a useful rule of thumb in fact for the Alien franchise is- the good ones have Jones the cat in them (Alien & Aliens)- the ones that don’t (Alien3- has a dog so points for effort, albeit the entirely wrong species of furry critter, an error emblematic of that rushed and troubled production. Alien Resurrection, Alien vs. The Need For A Studio Franchise To Be Exploited Remorselessly and…Prometheus) are of interest, but don’t hold your breath. In fact to emphasise how important Jones the cat is, you may read My Day by Jones: A Cat’s-Eye View of Alien by the excellent Anne Billson in an ebook here. Ok, so we’re clear on this? Cats are important and are good. Prometheus has no cats, that is a bad sign.

And so let’s whizz through a few decades now as Scott becomes a pillar of the movie-making establishment and periodically produces great cinema (Blade Runner being another design landmark, Thelma & Louise- a Butch & Sundance aware of feminism, Gladiator- an audience pleasing epic of heroism and Black Hawk Down- the war film as fever dream of failing empire). O’Bannon gets some more scripts produced and directs a couple of horror flicks. Giger continues to cement his reputation for horribly sexy surrealism and is occasionally asked by popstars and film studios to add some spice to a project.

Meanwhile…the fictional universe they created continues to fascinate cineastes despite increasingly insipid iterations. Reboot & Prequel became the franchise reviving ploys of the Return On Investment class and somewhere on TV a plane crashes into a mysterious island and births a sci-fi soap opera…

To be continued in… Part 2. Franchise, Wealth & Success: (Frankenstein; or, The Modern Prometheus)