Niels Post makes you a (business) proposal you can’t refuse

Dutch artist Niels Post has been spamming the cities of Europe, placing his vinyl-cut adhesive messages on abandoned shopping windows in Berlin, Brussels and most recently in London. They spout the usual con man clichés: proposing business opportunities, promising generous investments and offering lucrative deals. Stylishly designed in Arial (one of the 10 core fonts for the Web) and neatly pasted, they can be mistaken for real ads at first glance. But their luring statement plus the occasional typo quickly reveal that something is not quite right…

Niels has been working with spam texts already for some time (have a look at his Dear esteemed recipient or his Spamlish texts, all hand-sawn and painted in black) but with bringing these fake business proposals in the streets, he creates room for new and rich interpretation of his work. Whether you see it as a way of bringing the virtual into the real world, an original form of street art and tagging, critique on the difficult economic situation or a contrast between the (fake) dream of a fantastic opportunity and the harsh reality of a failed business, it stays funny and strangely relevant – and the more you think, the better it gets!

Have a look at our photo reportage from Niels’ “pasting” in London.

Btw, most of the signs are still there and some have already survived 3 different pop-up ventures, such as the one @ Clerkenwell Road. It looks like they’re quite appreciated, so if you haven’t seen them already, they’re worth the journey! Niels is also currently exposing at the Ampelhaus in Oraniebaum, Berlin. 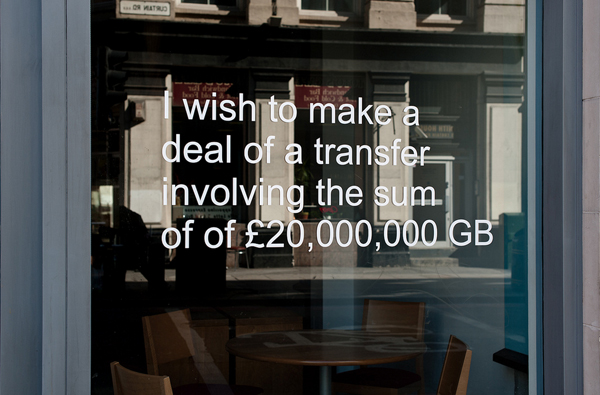 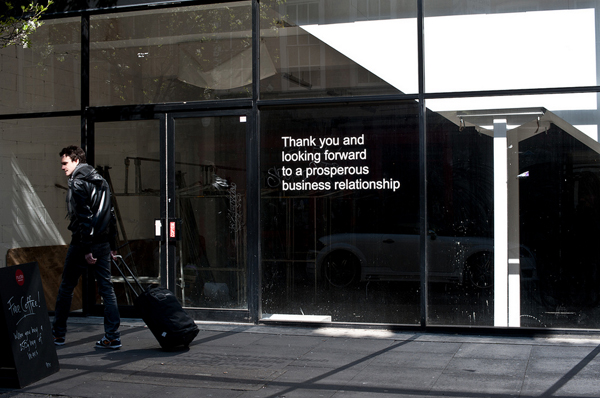 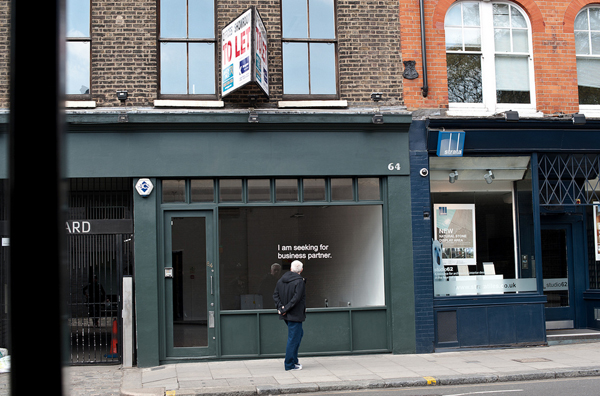 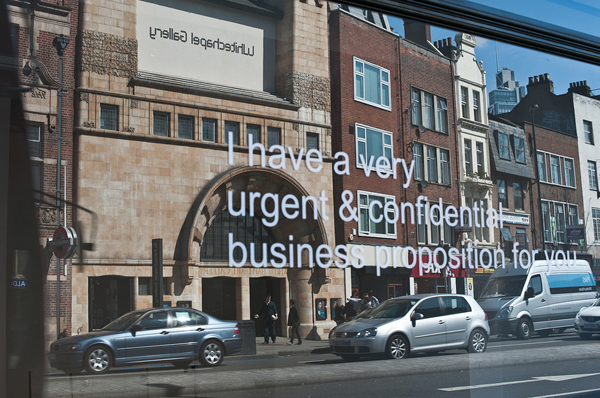 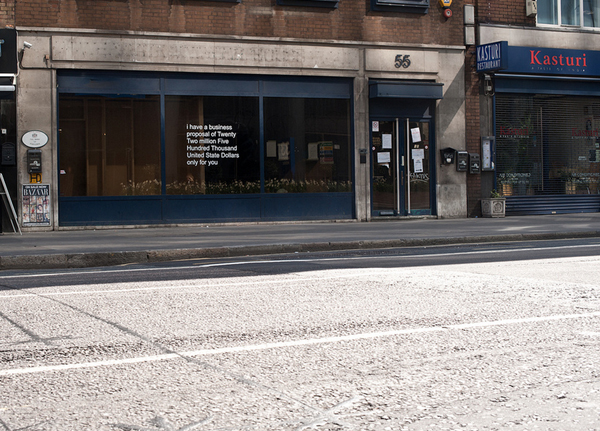 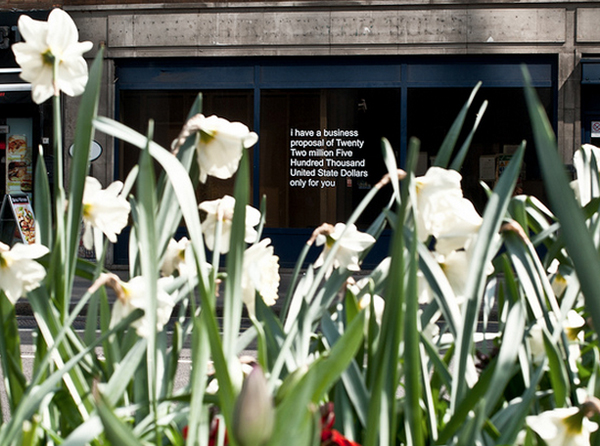