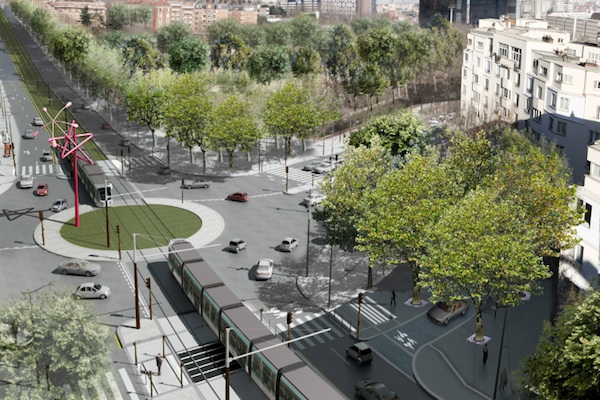 The city of Paris is test-driving an interesting political manoeuvre: stifling criticism and bafflement amongst the masses by shifting them to an even weirder issue. Case in point, it just announced a major Contemporary Art programme, featuring at least eight specially-commissioned works to be installed on or around the newly extended T3 Tramway line. From a purely artistic standpoint, this is indeed great news, and there is no doubt the works will be varied in type, scale and message: a dedicated site has been built, and the first work is already up, sending a strong signal to anybody doubting the administration’s eagerness to see this through. However, one is bound to question whether these works would not have been more at home in places where passer-bys would actually have been able to experience them, instead of being artificially jammed alongside busy throughways in an effort to group them in an administratively coherent but aesthetically questionable programme. Can one really ask an artist to think about the relationship between bus and subway, devise a work based on this titillating topic, ensure it meets all safety standards and can be cleaned with high-pressure water jets? Parisians in charge seem to think so. As always, time will tell, but we would recommend that interested parties take snapshots quickly, before the lack of maintenance and public indifference start taking their oh-so-predictable toll on a no doubt interesting and well-meant project.