Gilbert & George show their new series London Pictures in all 3 London White Cube galleries plus the freshly opened Hong Kong branch. (Btw, simultaneous shows from the same artist are becoming vastly popular for both Jay & Larry’s emporia: Damien Hirst filled all 11 Gagosian locations at once, Thomas Ruff now exhibits in both London galleries, Gary Hume was at the same time in White Cube Hoxton Sq & Mason’s Yard etc). While it’s maybe not absolutely necessary to see all shows (well, unless you’re buying of course ;-)), as they are in fact variations on the same theme, it’s definitely worth seeing at least one of them.

From the 3 London locations, Bermondsey probably offers the most spectacular setup of these large-grid framed prints – a kind of trademark of the artists. With the help of nearly 4000 newspaper headline posters, Gilbert & George show fascinating, though pretty macabre side of modern urban life. The posters have been stolen by the artists over number of years from newspaper stands, sorted and classified by crimes (Rape, Stabbings, Shot, …), locations (School, Tube…), subjects (Girl, Child, Burglar, Paedo…) etc. and subsequently manipulated and rearranged into large–scale compositions. The result is striking visually (retaining G&G’s punk aesthetics), as well as pretty exciting anthropologically. All in all, ‘though in their seventies, Gilbert and George are as fresh and subversive as ever. Respect!

in line with their credo to live their lives as human sculptures, the artists follow number of routines, one of them having a dinner at the same Turkish restaurant most evenings. So if you want to see the grey-suited bastardos in flesh and blood, book a table at Mangal II in Dalston – the chance that they show up is big! 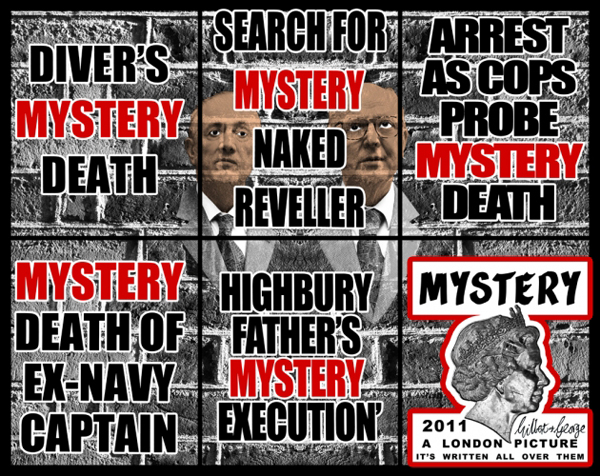 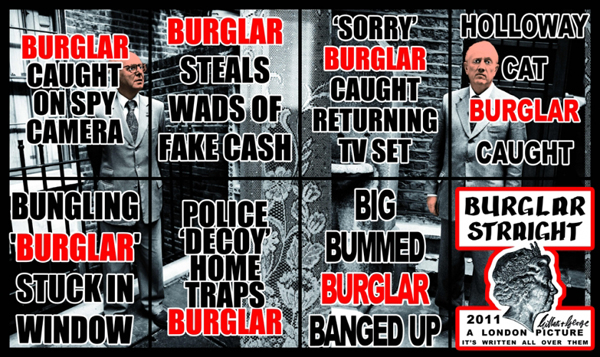 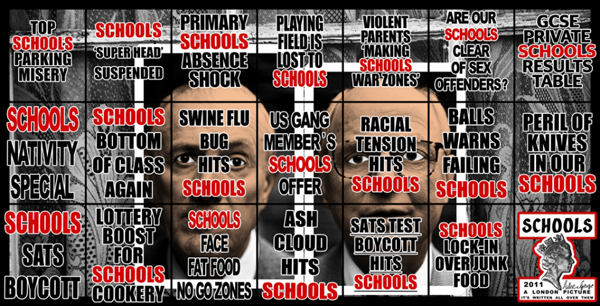 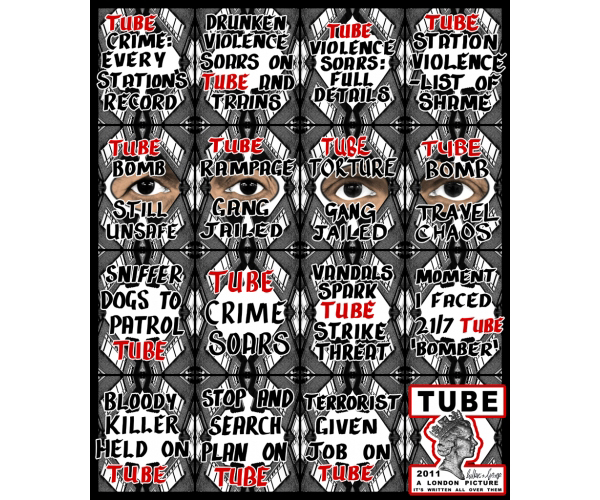