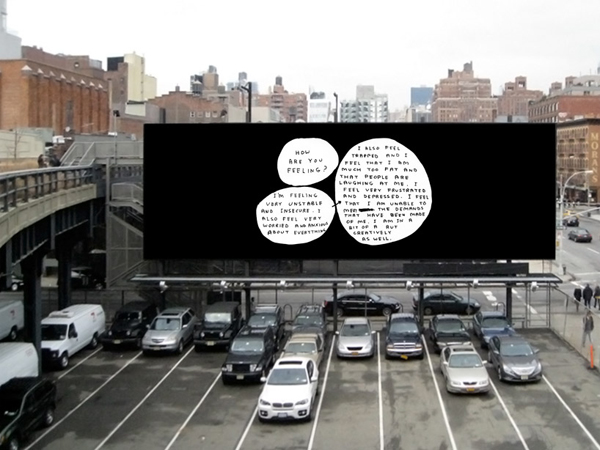 David Shrigley is the uncrowned king of billboards, or so it seems! There’s a one in front of the Hayward Gallery (as part of Shrigley’s show Brain Activity that takes place there at the moment), encouraging Londoners to “fight the nothingness” and this morning there’s been another one revealed near the NYC’s High Line (exact location is W18 Str and 10 Ave). This time the message is less call–to–action and more introspective, addressing issues that many passers–by are likely to be struggling with. Let’s hope that such billboard art initiatives take off also in other cities & gradually replace all bad advertising (visually striking and conceptually accomplished advertising can of course stay ;-)). Shrigley’s billboard will be on display till May 7 2012.

(The billboard has been commissioned by High Line Art and will follow Anne Collier’s Developing Tray #2 shown in 2009 and John Baldessari’s The First 100,000 I Ever Made on display last year.) 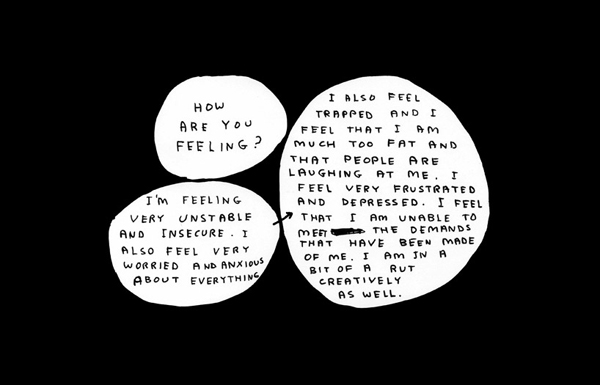