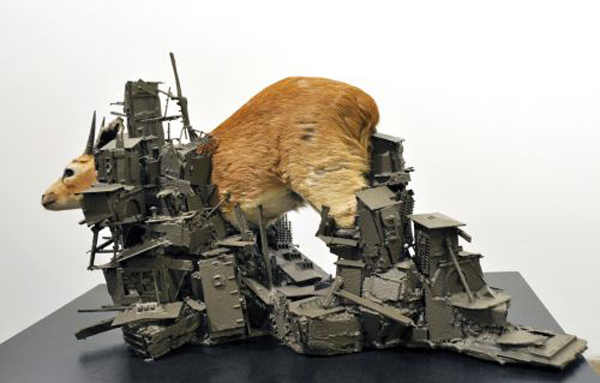 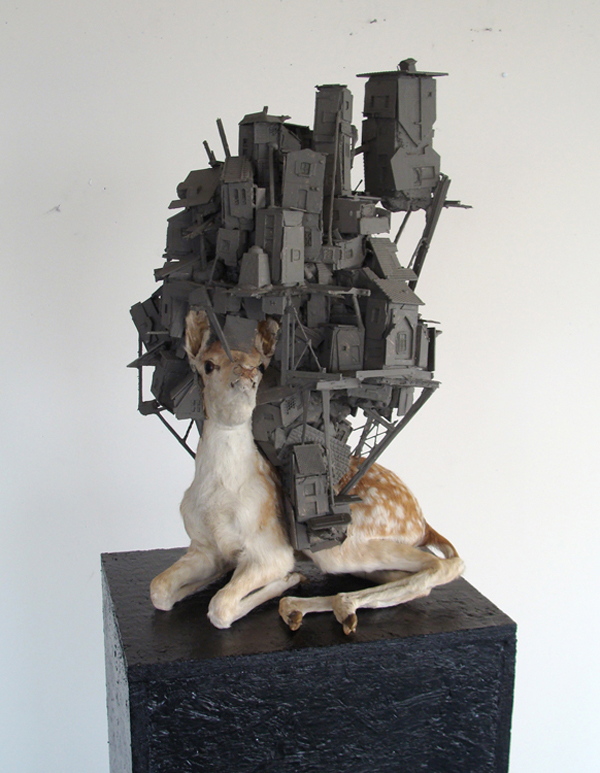 Rotterdam-based artist Pim Palsgraaf makes multiscapes – David Cronenberg-like sculptures from taxidermized deers, poultry, foxes and other animals, trapped inside large grey shapes of debris, symbolizing the modern city. Just like in the movie Crash, the industrial and the organic merge into one entity – cool & fascinating, but ultimately destroying each other. Similarly his drawing and paintings depict urban imagery in various stages and forms of destruction: blown up of left derelict, abandoned and slowly melting away. Frightening and humorous at the same time, stimulating to the eye and the brain, this is bad art for bad people in its purest form. We love! 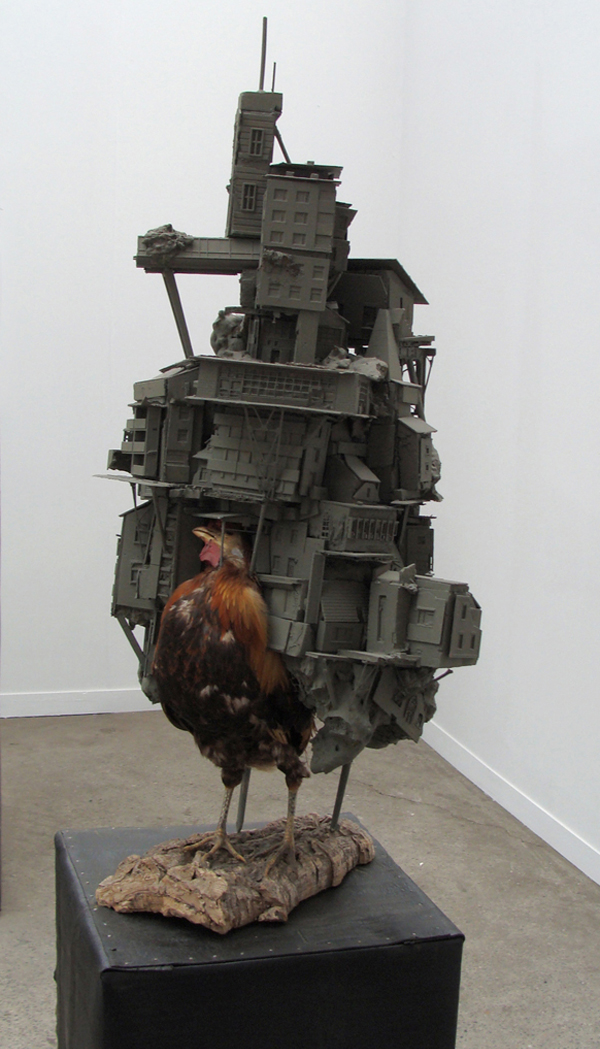 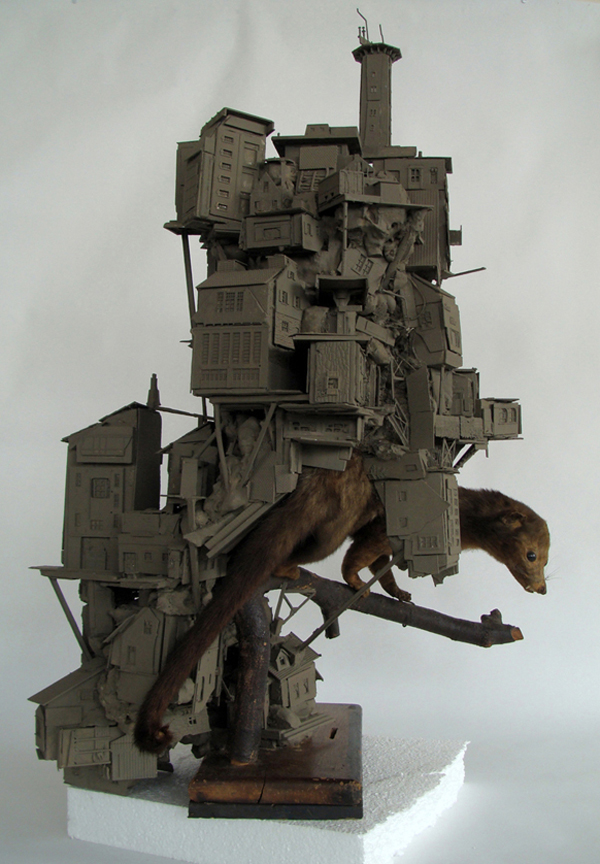 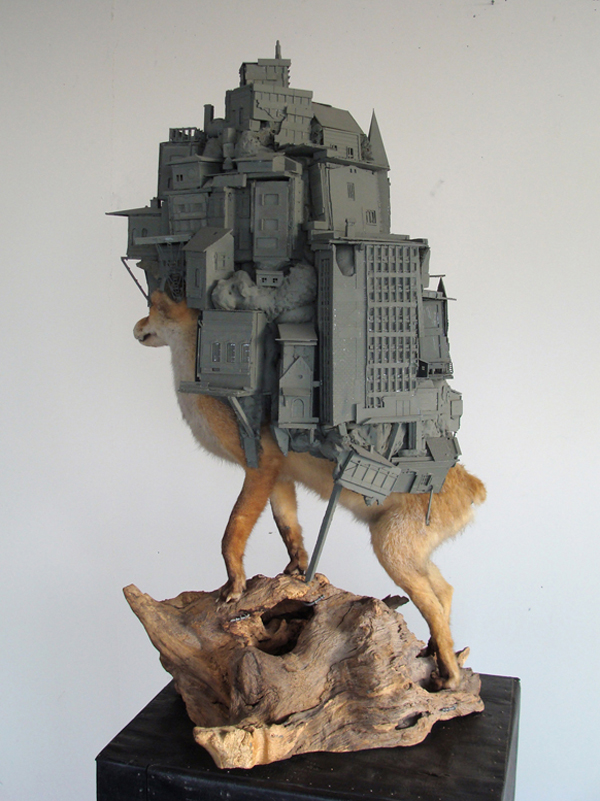 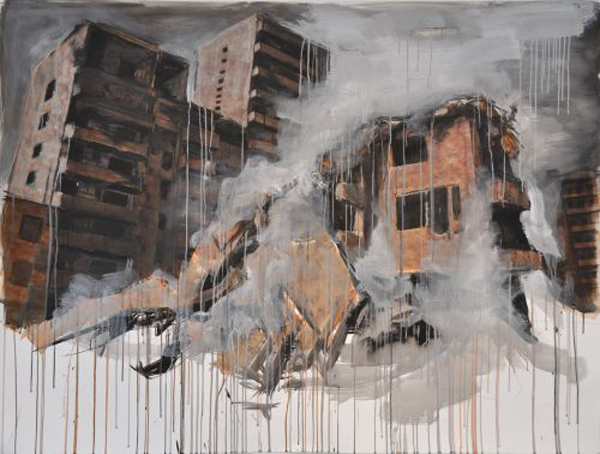 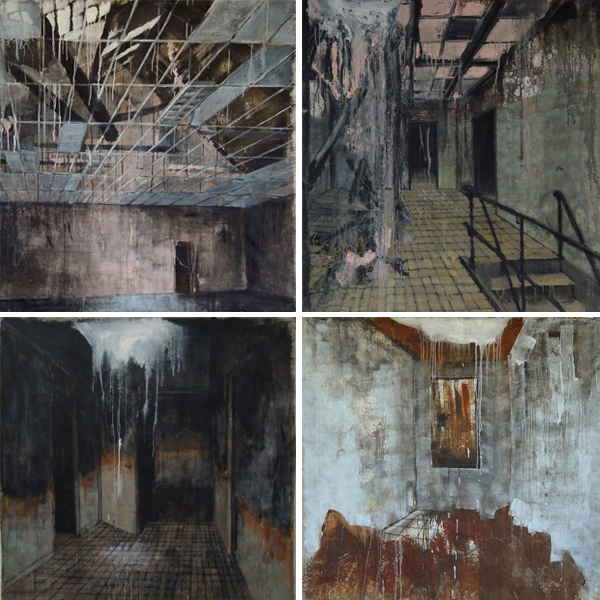 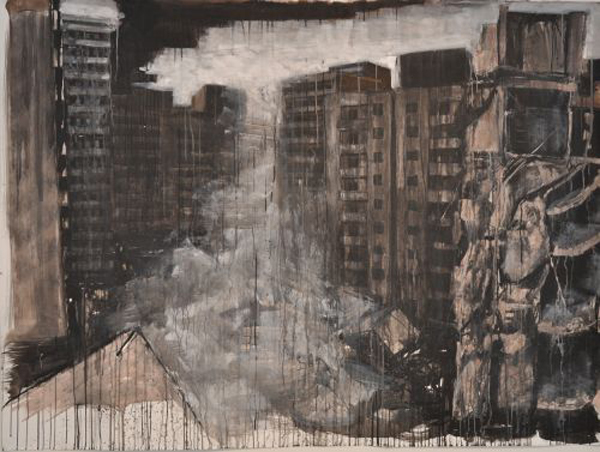 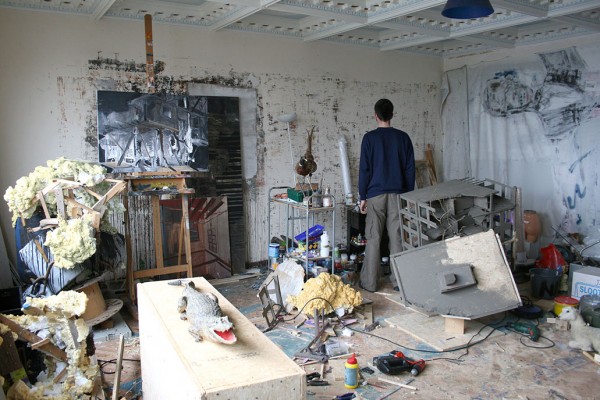