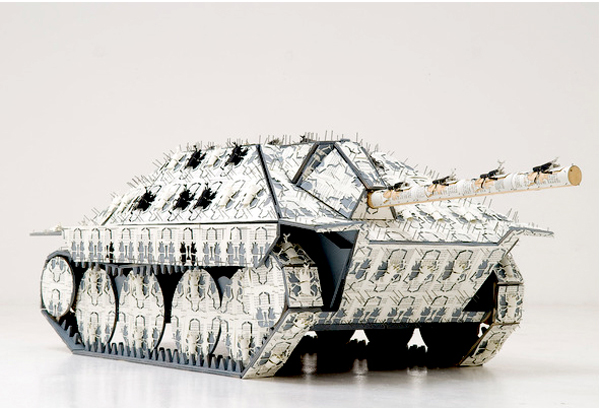 Pietro Ruffo, whose show The Political Gymnasium we’ve seen last week @ Blain/Southern, has created some rather fascinating pieces, both formally & conceptually. His socially and politically themed works often deal with the concept of freedom and use philosophical texts as an inspiration source. One of his famous pieces (see image), Youth of the Hills, is a large model of a WWII German tank created out of pages from a Jewish prayer book and covered with stag beetles (symbol of resilient population). For The Political Gymnasium Ruffo created series of 9 large-scale drawings where texts from Robert Nozick‘s Anarchy, State and Utopia (1974) form a superimposed 3-D layer over images of caricatured politicians in all kind of funny postures: swinging on bars, riding bulls, lifting weights etc.

In Anarchy, State and Utopia, Nozick attacks John Rawls’ Theory of Justice (1971), in which Rawls proposes a system where the fair distribution of resources will ultimately benefit the disadvantaged sections of society. Nozick conversely argues in favour of a minimalist state, and ultimately questions whether it is ever fair to take something from one individual and give it to another. (excerpt from the press release)

The 9 drawings refer to the 9 passages titled ‘The Tale of the Slave’ from a section of Nozic’s book, where the philosopher draws attention to various cases of slavery and consequently argues that taxation is itself a form of enslavement, and that modern democratic states are therefore fundamentally slave states – a point of view we can certainly sympathize with.

The optical 3-D effect created from cut-out letters superimposed on the actual drawing and only becoming apparent after a closer observation, is a perfect way to incorporate text into images. It adds an extra visual stimulus which makes the work exciting also from a purely visual perspective, without knowing its theoretical concept.

Pietro Ruffo was born in Rome in 1978. He studied architecture at the University of Rome, followed by research fellowship at the university of Columbia in US. He has exhibited extensively during the last years, in Italy as well as abroad. 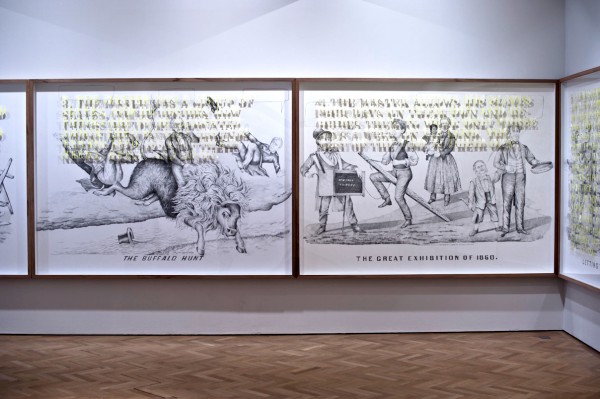 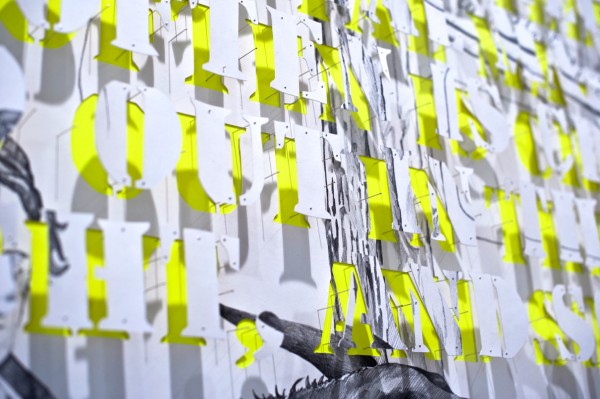 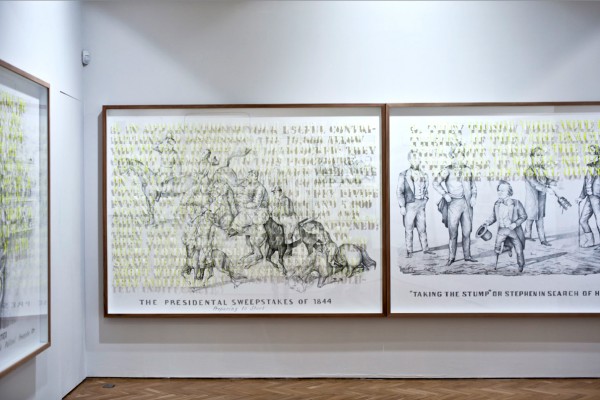 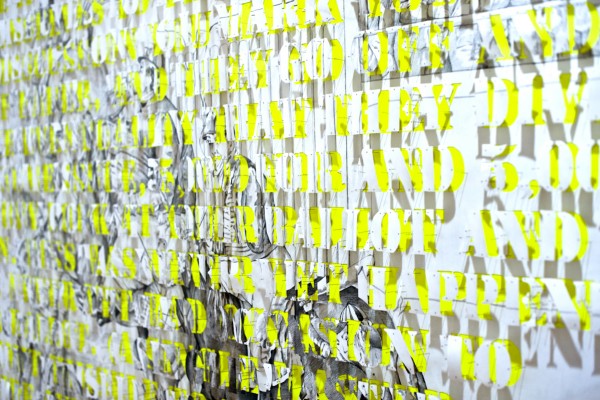