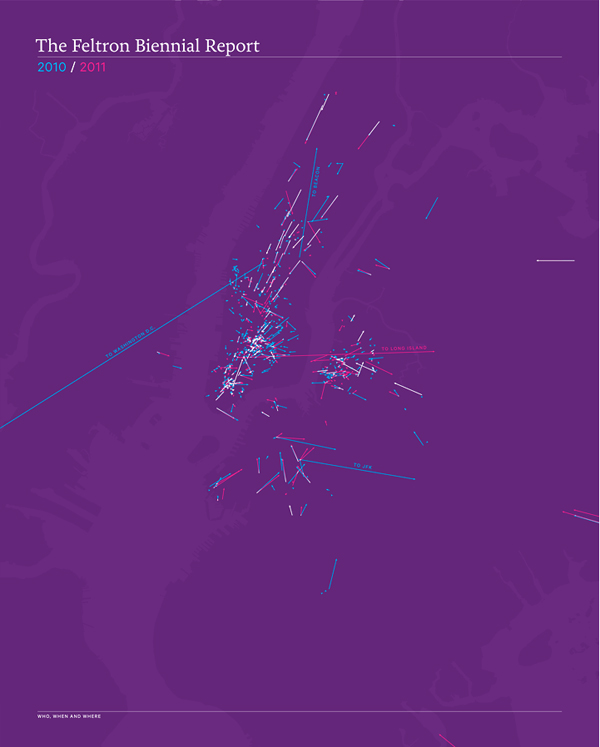 Each year we await with bated breath the release of Nicholas Felton’s annual report, Feltron. Well, yay! the 2010/2011 (biennial) edition is just out and looking spectacular as usual. In flashy purple/cyan/magenta combination, its content explores Philip K. Dick‘s notion that “a person’s authentic nature is a series of shifting, variegated planes that establish themselves as he relates to different people; it is created by and appears within the framework of his interpersonal relationships” by overlapping facets of Nicholas’ behavior and visualizing how his personality varies based on location and company.

Order your print version asap, as they tend to go pretty quick. This year’s edition is limited to 2500 copies and costs $25 for a numbered & signed copy. Ours is already on its way :-P. 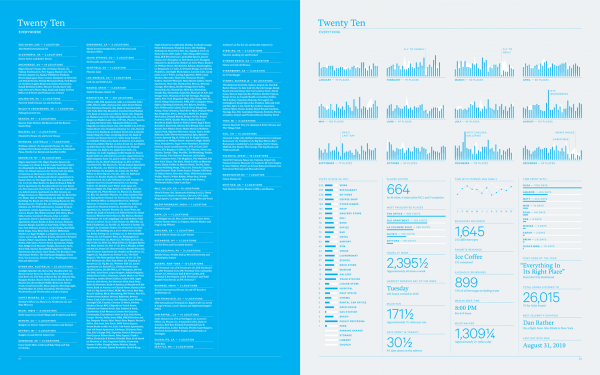 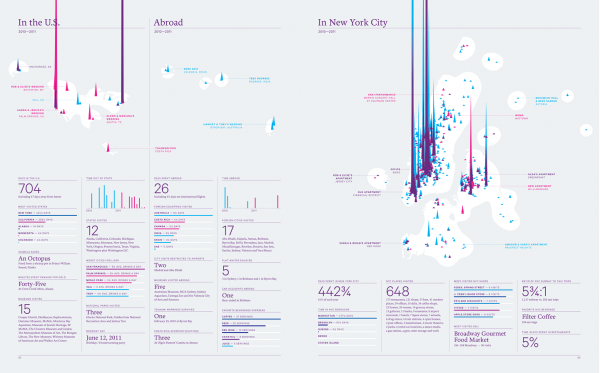 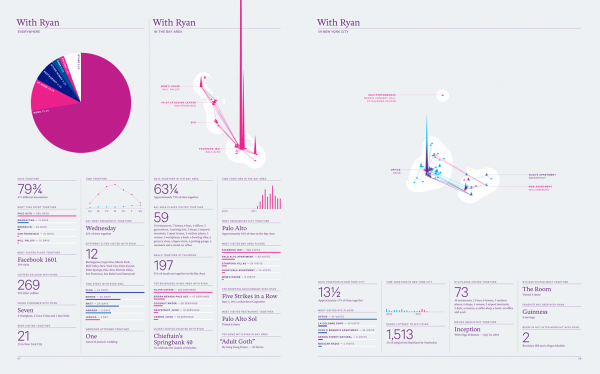 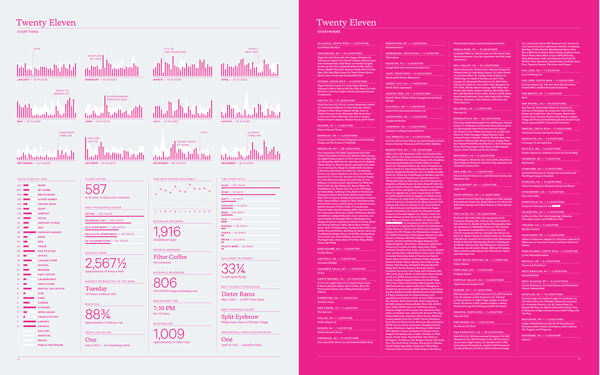 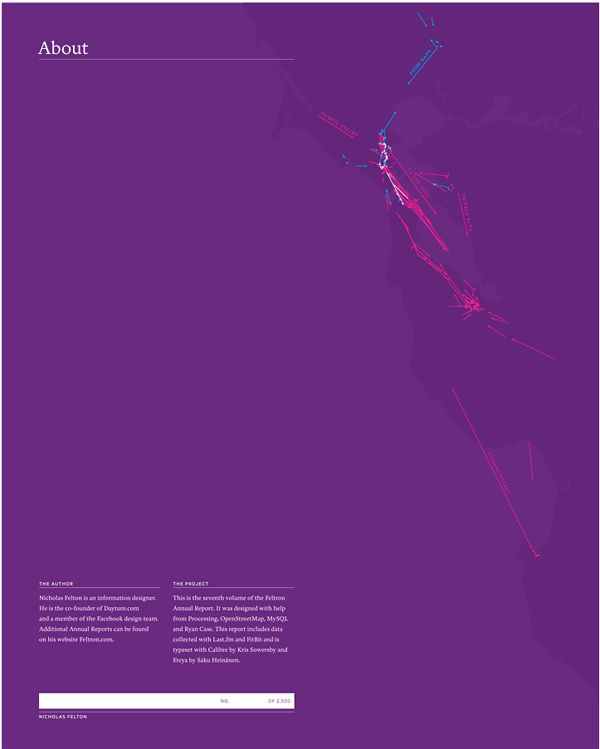